Nancy Foldvary-Schaefer, DO, MS • Neurology
May 20, 2019
Op-Med is a collection of original articles contributed by Doximity members. 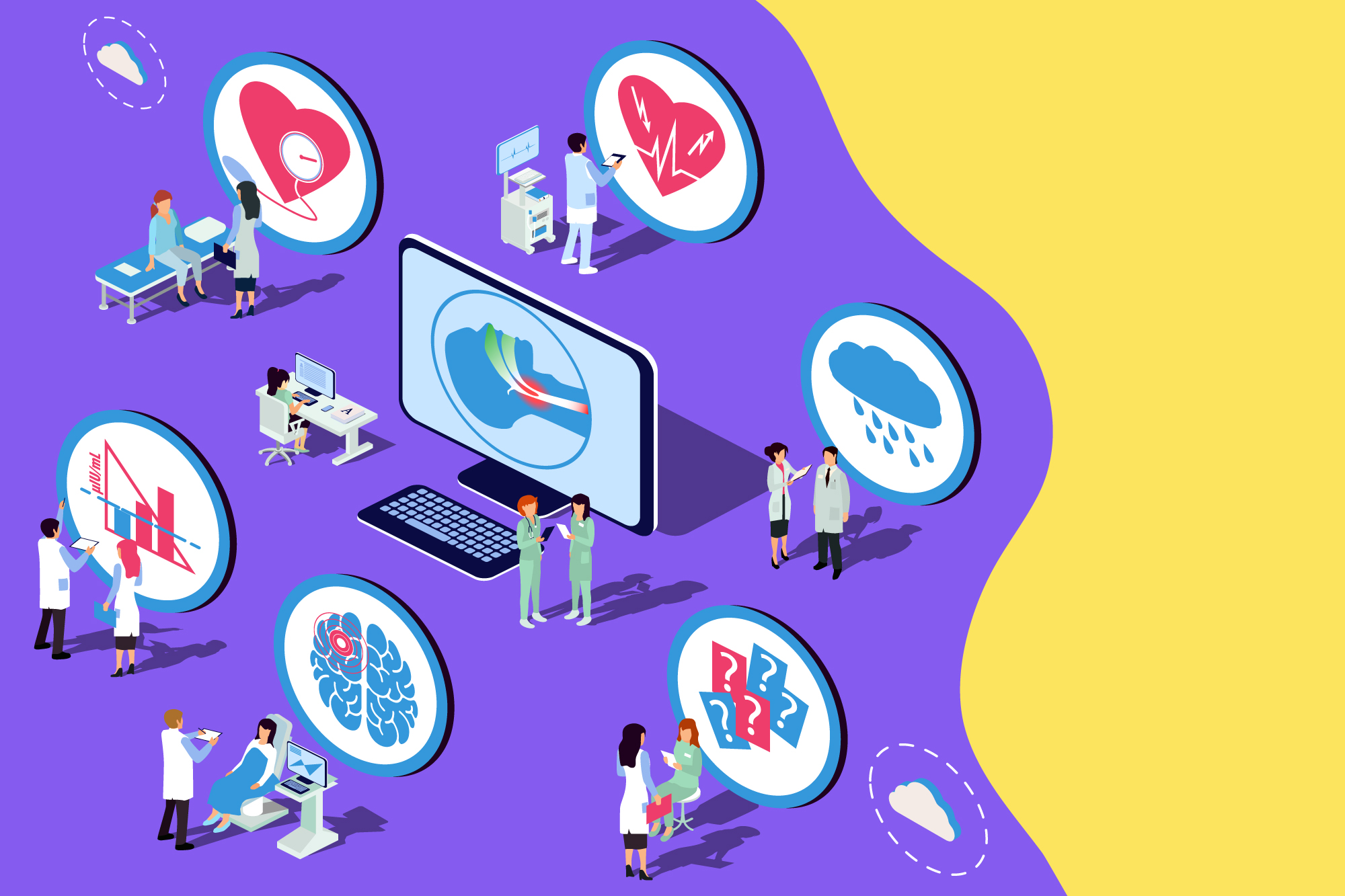 I was honored to lead a symposium on "Sleep Apnea for the Neurologist" at the 2019 annual meeting of the American Academy of Neurology in Philadelphia, PA. Few neurologists have formal training in sleep medicine, yet common sleep disorders are highly prevalent in neurologic populations and their treatment improves neurologic outcomes in some cases. Therefore, neurologists should understand the basics regarding recognition and treatment of common disorders like obstructive sleep apnea (OSA).

OSA is the most common sleep-related breathing disorder. At least 27 percent of men and 11 percent of women are affected, based on older studies when obesity rates were not as high as they are today. In just the past 15-20 years, OSA diagnoses have increased by 10–50 percent. Although many people may not know about it, it is more prevalent than chronic diseases like diabetes and Alzheimer’s disease. Approximately 17 percent of middle-aged men and nine percent of middle-aged women have moderate-to-severe OSA, the range that contributes to other health conditions, such as heart disease and stroke. While most people think of men as being more at risk, after menopause, women are just as likely to develop OSA. At least 80 percent of cases in the U.S. are undiagnosed.

Dr. Michael Jaffe, Vice Chair of Neurology at the University of Florida discussed the diagnosis of OSA.

The International Classification of Sleep Disorders 3rd Edition (ICSD-3) diagnostic criteria for OSA requires diagnostic testing with either an overnight in-lab polysomnogram (PSG) or a Home Sleep Apnea Test (HSAT). For individuals with a lower severity on the diagnostic test (apnea-hypopnea index [AHI] 5-<15 on PSG or respiratory event index [REI] 5-<15 on HSAT), symptoms such as excessive daytime sleepiness, snoring, or witnessed apneas are required for the diagnosis. The presence of associated medical co-morbidities such as either hypertension, congestive great failure, coronary heart disease, diabetes mellitus, atrial fibrillation, or history of stroke can meet the diagnostic criteria of symptoms in the setting of a lower severity on diagnostic testing.

The STOP-BANG instrument is a simple way to screen for OSA. Three or more of the following suggest a high risk of OSA:

Beyond these symptoms of OSA, recurrent upper airway collapse in sleep leads to a state of chronic partial sleep deprivation, the effects of which have vast implications on brain health including psychological, physical, social, occupational well-being, and driving safety. Attention is the cognitive ability most easily influenced by sleep deprivation. As the day wears on, deficits in attention increase and the ability to focus on tasks becomes erratic. Memory behaves in a similar manner, as does the brain’s reward system, which controls motivational behaviors like risk taking and impulsivity. Sleep loss impairs rational decision making when challenged with making difficult choices. The neurophysiological underpinnings of impairments in cognition, alertness, and mood associated with sleep loss are becoming increasingly elucidated. Sleep deprivation produces changes in neuronal connectivity including in the hippocampus that plays a crucial role in memory consolidation. Disturbed sleep seems to be a precursor to memory loss in Alzheimer’s disease and sleep duration has been shown to be inversely correlated with beta amyloid plaque burden.

Examples of sleep-related breathing disorders in Neurology are becoming increasingly recognized. Three specific case illustrations were presented – though many others exist.

OSA has been more extensively studied in epilepsy than any other neurological disorder. The largest study assessing the prevalence and predictors for OSA in adults with epilepsy found 30 percent of 134 consecutive adults unselected for sleep disorder symptoms or epilepsy severity affected. 16 percent had moderate-severe disease. Predictors of OSA included age and standardized antiepileptic drug dose, a measure of drug burden. Male gender, age older than 50 years, obesity, and hypertension were associated with higher AHI. Self-reported daytime sleepiness was not helpful in predicting OSA. In turn, the effect of PAP therapy on seizure outcomes at one year in 132 adults with epilepsy found significant improvement in seizure control in 84 percent of PAP-treated patients vs. 40 percent of untreated OSA and 54 percent of those without OSA. In the absence of clinical trials, observational studies support routine screening and treatment of OSA in adults with epilepsy.

This case illustrated bidirectional relationships between sleep-related headaches and OSA. "Sleep apnea headache," a type of sleep-related headache classified in the International Classification of Headache Disorders, is a distinct subset of headache that, as the name implies, is caused by OSA, occurs distinctly upon awakening, and resolves with PAP therapy. Primary headache disorders caused or worsened by sleep disorders include migraine, cluster, chronic tension-type and paroxysmal hemicranias. Chronic headache sufferers have a 17-fold higher risk of severe sleep disturbance than the general population. While sleep terminates headaches in many cases, too much or too little sleep can trigger headaches. Given the high prevalence of headaches in the general population, sleep disorders should be routinely considered in the evaluation of headache.

Inspiratory stridor is an early symptom of multiple system atrophy (MSA), a neurodegenerative disorder characterized by α-synuclein rich glial cytoplasmic inclusions in oligodendroglial cells preferentially involving the putamen and cerebellum. Inspiratory stridor results from adduction of vocal cords during inspiration due to axonal loss of laryngeal nerves. It is a high pitched sound, 260-330 Hz, in contrast to snoring, a low pitched 170 Hz sound resulting from vibration of the soft palate. Inspiratory stridor occurs in up to 42 percent of patients with MSA, typically begins in sleep, and is a marker of shorter survival. While treatment reduces stridor, survival have not been shown to be reduced with PAP therapy.

Most medical treatments aren’t one-size-fits-all, and neither are treatments for OSA. Treatment of OSA is geared toward reducing the critical closing pressure of the upper airway to maintain airway patency, thereby restoring sleep quality and eliminating daytime symptoms and long-term medical consequences. Dr. Jessica Vensel-Rundo reviewed therapies for OSA including:

PAP therapy is the gold standard in most patients with moderate-to-severe. Randomized, clinical trials found PAP to have the following benefits:

Observational studies demonstrate a number of other health benefits shown below. Importantly, reduced cardiovascular events have not been confirmed in clinical trials, possibly related to poor adherence in groups randomized to PAP therapy. Well, designed, definitive studies are needed.

Outcomes of OSA treatment in neurological populations include:

Hypoglossal nerve stimulation (HNS) is the newest innovation for patients with moderate-to-severe OSA. Eligibility requires the absence of concentric collapse of the soft palate on drug-induced sleep endoscopy and a history of PAP intolerance or failure. The development of HNS as a therapeutic option for OSA stems from evidence that stimulation of the genioglossus muscle, the primary pharyngeal dilator of the hypoglossal nerve, reverses inspiratory flow limitation in sleep. HNS is an implanted system consisting of a thoracic respiratory sensing lead, a pulse generator, and an electrode cuff. In the multicenter STAR trial, stimulation led to significant improvements in objective and subjective measurements of OSA severity, including a reduction in median AHI of 68 percent, improved quality of life, and average nightly compliance exceeding 80 percent, with few unanticipated adverse events. At five years, success persisted in 75 percent and 44 percent had normalization of the AHI.

We were thrilled to see so many attendees interested in sleep at the 2019 AAN and look forward to more exciting sleep programs next year.

Here’s to a good night’s sleep.