Does Practicing Medicine Strip Us of Our Humanity? 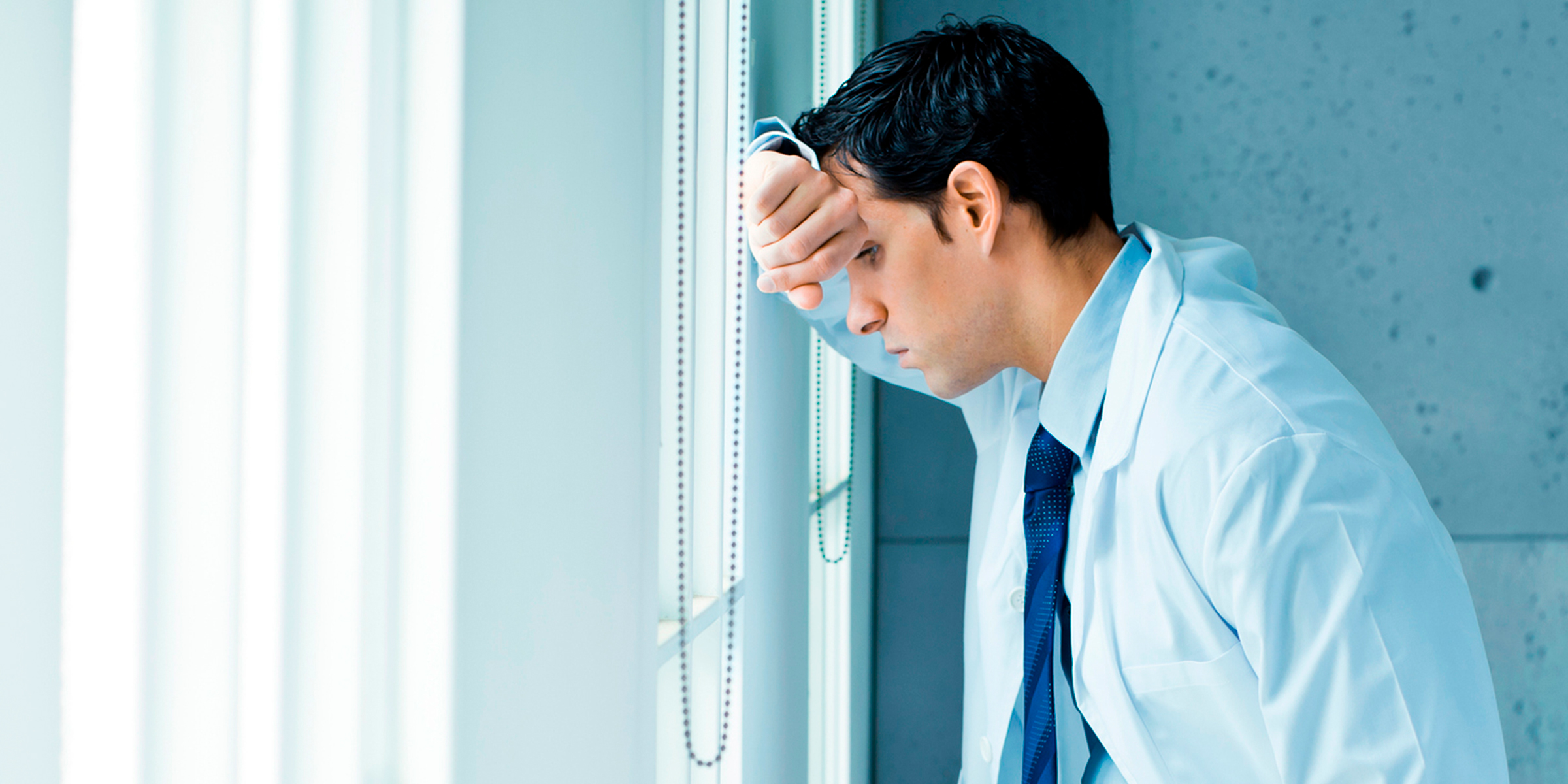 One night, deep in the midst of my medical school training, I was celebrating the end of my infectious disease course with a group of classmates. This became a ritual of sorts .  After a week of exams, which feels like the last mile of a full marathon, some type of celebration was always in order, however you chose to do so.

A classmate of mine had brought along another friend that none of us had met before. Now medical trainees tend to be an insular bunch;  associating with our own kind makes us feel safe, secure, and unthreatened. Despite this, there was always a compelling sense of curiosity when meeting someone from another tribe. I overheard a group talking about this outsider.

“I bet he gets plenty of sleep!”

“You mean he’s a real person?”

Throughout my years in medical school, I continued to hear statements like this from my classmates , statements thinly veiled in smiles and nervous laughter that convey a much deeper, darker message. Is there something about medical education that makes us feel less than real?

Anyone who has gone through medical school has heard of the “impostor syndrome.” For the uninitiated, impostor syndrome is the experience of feeling incompetent and of having deceived others about the nature of one’s true abilities.

One study performed on Jefferson Medical College students concluded that almost a quarter of male medical students and nearly half of female students experienced impostor syndrome, and that this was significantly associated with high levels of burnout.

Another study that took place at the Schulich School of Medicine & Dentistry in Ontario, Canada discovered that impostor syndrome was prevalent in 43.8% of internal medicine residents, but burnout syndrome only present in 12.5%, with no significant correlation between the two. It seems that, at this point, the internal medicine resident has learned to adapt to the symptoms of impostor syndrome.

However, research has found imposter syndrome to be negatively associated with self-esteem, motivation to lead, and ability to career plan, despite its association with burnout. Additionally, impostor syndrome is positively associated with fear of failure in students and fear of success in working professionals across the board in higher education, engineering, and marketing, to name a few.

While we might praise the internal medicine resident for his resilience, clearly there is much more at stake. Studies show that these feelings of inadequacy could persist throughout one’s career and cause detrimental downstream effects.

As I continue to ponder the nature of reality within the white walls of the hospital, I recall another specific quote from a senior resident of mine, when I was a third-year student on the medicine wards. He was a short, skinny, unassuming young man with a southern accent and a real ability to charm his patients. I had looked up to him as a decent model for myself as I journeyed through medicine, viewing him as someone who never complained and always seemed to stay passionate about his job. One day, I asked him just how he manages to do that.

“I’ve just come to terms with the fact that my life is not my own,” he said, referring to the past six years of his medical education and subsequent residency training, as he munched on peanut M&Ms. “That’s how I do it.”

With this, I realized that young doctors often employ another defensive technique to keep themselves safe from emotional peril  —  delayed gratification. Data from 2012 shows that the net price of a private non-profit medical education far surpassed tuition at law schools, business schools, and any other graduate program. An easy feat when you consider that our counterparts in law make an average salary of $112,960, compared with general internists who make $201,440, based on 2019 data. But at what cost? Pun intended.

The very primitive ways in which medical trainees cope with stress may be a result of the antiquated way in which our medical education system evaluates students. Or maybe it starts much earlier.

As written by Ted Thompson on parenting and impostor syndrome:

“The possible reasons of imposter syndrome appearance are parents’ perfectional child rearing practices and their irrational expectations of children without regard to their capabilities and parents’ contradictory messages in regard to achievements without presenting any correct pattern.”

In other words, let’s be realistic.

Not every student is capable of scoring a 250 on their Step 1. Not every student can study for eight hours per day on top of classes without experiencing symptoms of depression or anxiety. Not every student has the same innate sensibilities or resilience to be successful on both the surgical unit and the psychiatric ward.

Since we can’t change a medical student’s childhood, what can we do? Mandating psychotherapy for medical students would do the trick, but since that is highly unethical and impractical, there are ways we can toe the line.

Now, increasing mental intelligence is a controversial topic, but emotion is such a multifaceted concept that some even refer to it as emotional skill or competence. What if we could increase these skills somehow, thus protecting our medical trainees against impostor syndrome? We wouldn’t send our young out to hunt without teaching them how to repair their tools, would we?

In 2009, researchers from the University of Liverpool found that medical students who participated in a monthly “emotional intelligence development session” experienced a statistically significant increase in their emotional intelligence quotient (EQ) as compared to a control group over the course of seven months. Even more interestingly, over the course of those seven months, the EQ of the control group actually declined by 1.3 points. A young medical student’s armor slowly comes undone.

In a more qualitative study, researchers at the University of Leeds School of Medicine had great success implementing a system for formal appraisal amongst medical students. This program allowed students to reflect on their academic performance, factors contributing to their university life, and satisfaction with career choice. Students were overwhelmingly positive about the experience, reporting both enhanced perceptions of faculty and reduced anxiety about academic performance.

It seems imperative for medical educators to explore the possibility that not all students are created equal. We might all take the Hippocratic Oath, but the path by which we abide by that oath is individual. We should not be pushing our trainees to strive for excellence in all facets of career development. It’s clear that doing so can actually create a traumatic academic environment for students with long-lasting effects.

Medical school isn’t all about anatomy and physiology. Everything from emotional intelligence and impostor feelings to identity and self-worth are being tested as well. We need to transcend the archaic standardized model of medical education and start emphasizing the individual factors that influence a young doctor’s growth and development. In other words, I’d rather have my doctor know exactly who they are before he tries to get to know me.