Fighting Battles Inside and Outside the OR 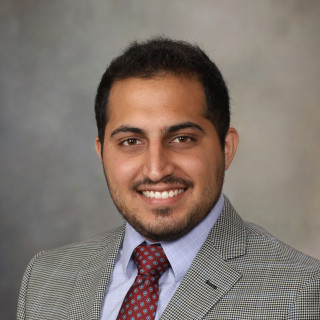 I don’t know why I remember this sentence the most, but those words and every other word, movement, and cry from that life-changing night still go through my head almost daily. It was only my second month of training, and I was on my second trauma rotation, in an affiliated hospital, a trauma center. It was early evening and there were no residents scheduled on call that night. I was staying back after finishing my work for the day, roaming around the trauma bay as if something inside me knew that pager was about to go off.

Gowns and masks went on. Patient was brought in, eyes open but in severe distress. He had two gunshots to his upper back and his sats were starting to drop. Airway was patent.

“No sounds on the left.”

I turned to grab the chest tube when the patient went pulseless. Adrenaline kicked in and I heard those words: “Just put that chest tube in, man.”

Now, almost instinctively, I made the incision, opened the pleura, spread the ribs, and put the tube in. All in seconds. Blood started pouring out. And the patient was still pulseless. My attending was putting on his gloves, telling me we were opening the chest.

I was ready to do everything I could not to let this be another night like that.

I made the incision and grabbed the rib spreader. My attending stepped in, got into the chest, clamped the aorta, and we were rolling to the operating room.

“Are you ready? It’s just you and me for this one.”

I didn’t think I would be doing this before doing an appendectomy, but all that reading, the videos, the simulations about maneuvers, techniques, and principles — they were all for this exact moment.

Soon after we began, we located the injuries: a spleen shattered into dozens of pieces, two holes in the stomach, a hole in the diaphragm, and a bleeding lung. We got to the injuries one by one, took out what needed to be taken out, and fixed the holes that we found.

During our fight, the patient’s heart stopped three times, and each time I helped it start again, while the volume was put back into the vessels and chambers, while my attending prevented that blood from leaving those vessels with his stitches. This heart came back all three times. After the third time, all the obvious holes were patched, but the patient was still oozing … from everywhere. As brief as our fight was, it was still too long, and we had to leave the operating room as the fatal triad kicked in.

I wish this story had a different ending but as I’ve learned, all trauma surgeons fight this fight daily, and they don’t win every battle. I stood outside the room as my attending told the family that we did everything we could. I heard some of them cry; the silence of others was just as loud. I saw a drained look on my mentor’s face that I had not seen before, as if all the lives he’d lost came back to occupy his thoughts every time he lost another one. It was a life-changing night. It was also the night that I realized I wanted to be a trauma surgeon, that I wanted to learn all those skills, that I wanted to fight battles against death in a never-ending war. That night, I realized that the war outside the operating room is also my fight, that reducing all those preventable injuries is “my lane.”

Ahmad Zeineddin is a General Surgery resident at Howard University Hospital. He is a researcher in trauma, burns, and surgical outcomes in Firefighters’ Burn and Surgical Research Laboratory and the Howard-Harvard Surgical Outcomes Research Center.