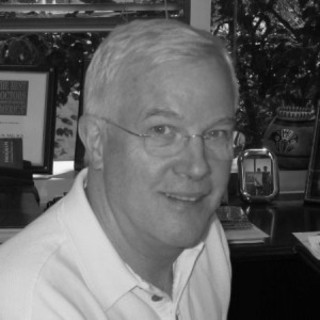 I would like to share two short excerpts from a new book, 240 Beats per Minute. Life with an Unruly Heart by my friend, college classmate, and double sculls partner, Bernard Witholt. After Bernie died, his wife allowed me to compile, edit, and comment on over a decade’s worth of his notes and essays describing his experiences with paroxysmal ventricular tachycardia.

In this first, Bernie shared his thoughts as he underwent electrophysiologic testing, and I added some comments (in italics).

“As he pulled catheters out of their sterile packages, Dr. C… told me that he enjoyed carrying out this particular procedure. He picked up a scalpel to make the necessary cut. Waiting for that groin incision, I could only recall my vasectomy some twenty years earlier and the unsuccessful reversal procedure several years later. Soon the doctor enquired how I felt and then announced that the catheters were now in place. I had felt nothing and could only admire his skill. I thought of Oswald Avery’s dictum on happiness: having ‘an experiment that works, and doing it all the time.’ That lore had been part of our education in graduate school back in the late 1960s. Of course, this specialist, Dr. C…, enjoyed doing this procedure; it was an experiment that worked.

When you think about it, someone who is very good at what he or she does has achieved a consistency that yields the same outstanding result each time. Therefore, if something unusual happens, it’s usually not because of operator error but because something really is out of the ordinary. This procedural consistency is just as important in science. If the experimental method is sound and consistent, then the scientist can trust the results.”

In the second, he describes coming to the realization that his newly implanted automatic defibrillator had not cured his problem.

“On the day after I returned home, I went for a walk with my wife. There were a few ups and downs on the route. ‘Ups and downs’ are basically unavoidable in Switzerland unless one walks along one of the many lakes’ shores. About thirty minutes after leaving the house, my ICD came to life, and I experienced the first of its jolts. I needed the maximum power shock, which one can very clearly feel.

I sat down for a while before continuing, only to have another shock as we walked home.

[My wife,] Renske and I tried again the following day, and despite my attempts to be conservative in what I did, I experienced two shocks, much like the previous day. After that, I became more careful. The net effect was that I probably did even less than before I had the ICD.

That was when I realized that the device had not cured whatever was wrong in my heart. The ICD basically provided a safety line. When you go climbing in the mountains, wearing a safety line does not prevent you from slipping, losing your footing, or falling. It simply keeps the fall from turning into a major disaster. So it is with the ICD. It changes nothing about the problem triggering abnormal heartbeats. However, if the heart rhythm goes outside the specific programmed boundaries, the device will keep you from falling off the cliff. Without it, and with no access to a nearby emergency room or automated external defibrillator (AED) device at an airport or other public place, there is nothing that can return your heart rate to normal.”

The process of turning Bernie’s notes into a memoir gave me a new view of high-tech medicine, the clear-sighted view of a scientist-patient. Even though I had cared for patients with advanced heart failure and serious arrhythmia for three decades, I had a lot to learn. As I said in the Prologue,

“I could hear Bernie directly and openly talking about his experience of learning to live with heart disease: first with his ICD and then, later, without it…Bernie was a scientist. As a biologist, he knew he would die because every living organism, every one of us, does. That’s a given, a universal, and unalterable truth. So, for Bernie, the scientist, the approachable problem — the one that might be solved — was obvious: How do I live? Living, not dying, was always the critical issue.”

240 Beats per Minute. Life with an Unruly Heart by Bernard Witholt, PhD and Roger M. Mills, MD will be available from major online bookstores on July 17, 2018.

Roger Mills graduated from the University of Pennsylvania School of Medicine and completed internship and residency at the Hospital of the University of Pennsylvania, followed by a cardiology fellowship at Peter Bent Brigham Hospital. His thirty-year clinical career included medical directorship of the heart transplant program at the University of Florida and later appointment as a staff cardiologist at the Cleveland Clinic. In 2005, he joined Janssen Pharmaceuticals and held various positions, including vice president for medical affairs at Scios Inc. and senior director at Janssen Research & Development, LLC. He is the author of Nesiritide: The Rise and Fall of Scios, winner of the Foreword Indies 2016 Bronze Medal for science, and writes a personal blog, https://theweeklypacket.com/. He has no conflicts of interest.