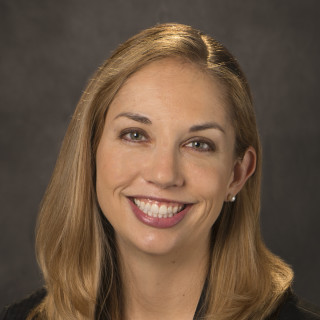 At the 49th Society of Gynecologic Oncology’s Meeting Annual Meeting in New Orleans (3/24–3/27), not only was there the usual excitement of seeing and networking with friends and colleagues, there was anticipation to find out how people from around the world are advancing our field.

The event was packed with informative sessions and hope for progress in combating gynecologic cancers. The conference programming committee did an excellent job of selecting presenters to highlight advancement in the various aspects of healthcare that impact women. Major themes included novel therapeutic agents to combat cancer, economic evaluation of healthcare, discussion of healthcare policy, patient-centered care and surgical innovation.

One of the most provocative talks related to surgical innovation, however, was the presentation of the results of the Phase III Randomized Trial of Laparoscopic or Robotic vs. Abdominal Radical Hysterectomy in Patients with Early-Stage Cervical Cancer (LACC trial). This was a large, multi-institutional, international trial looking to answer a question that many of us thought was obvious: Can a radical hysterectomy be performed with similar rates of recurrence and progression-free survival through a minimally invasive technique instead of through an open incision?

Minimally invasive surgery, either laparoscopic or robotic, is the norm in a lot of US training programs. Often surgical innovation focuses around how to apply minimally invasive surgery to more procedures, not to question whether it is equivalent to an open incision. The last major study assessing if laparoscopy was as safe as laparotomy to surgically treat a gynecologic cancer, endometrial cancer in that case, enrolled from 1996 to 2005. The Gynecologic Oncology Group (GOG) published the results of the study, the LAP-2 study, in 2009 and concluded that laparoscopy was safe and effective and had fewer postoperative complications compared to laparotomy.

That is why when Dr. Pedro Ramirez stood up and shared the results of the LACC trial, the audience was shocked. The LACC trial found that those patients with early cervical cancer who underwent radical hysterectomy via laparoscopy or robotic surgery had a higher risk of recurrent cancer, worse disease free survival and worse overall survival. That covers a lot of the major outcomes you look for in a cancer trial.

During his presentation, you could see the cell phones out snapping pictures of each slide so their owners could review and dissect them later. Quiet conversations and debate broke out around me questioning if it could be true. Dr. Ramirez had only ten minutes to share his results, but he covered some important highlights:

While we will have to wait for the manuscript to be published with a more in-depth analysis, overall I believe this trial provides a compelling argument to seriously consider the open surgical approach over minimally invasive approaches when performing a radical hysterectomy.

That being said, there still remain many unanswered questions. The most pressing question to me is why would there be a difference? What could cause this? Is there a way to change part of what we do through minimally invasive techniques to improve outcomes without having to abandon what we are used to and comfortable doing?

I also saw the trial as a reminder that medicine is an ever-changing field. With these results, we have to have a dramatically different conversation with our patients about how to approach their surgery. Where before surgical training focused heavily on the minimally invasive technique, now we have to discuss whether to go back to surgery through an open incision for women with early stage cervical cancer.

It highlights the importance to our field of well-structured randomized clinical trials and the need for continued funding and support of such difficult endeavors. Walking out of that talk, I heard people all around me debating and discussing how or if this will change their practice. It is exciting to see a trial have such an impact, but disconcerting to have something that seemed so obviously safe be called into question. It will be interesting to see how these results ultimately affect our field in the coming years.