There Will Never Be a Perfect Health Care System

Mark Rego, MD • Psychiatry
May 8, 2019
Op-Med is a collection of original articles contributed by Doximity members. 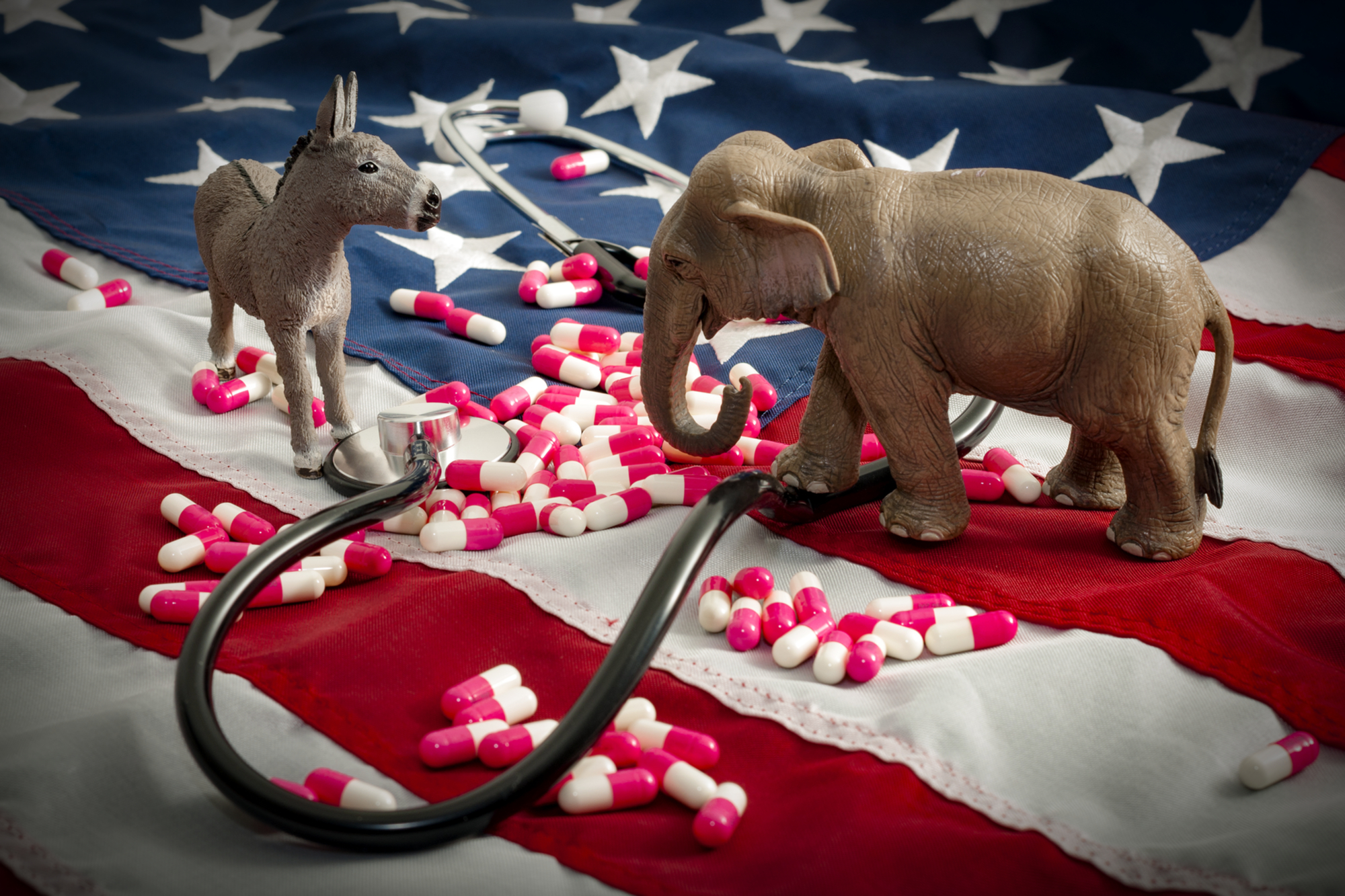 During the work up to the Affordable Care Act (a.k.a. Obamacare) there was a photograph reposted countless times on Internet news sites. It showed man protesting against the passage of the ACA with a sign which read, “Federal Government, Hands Off My Medicare.”

The irony was clearly lost on the protester, but not the many others who viewed his sign. His profound misunderstanding is unfortunately common and is being resurrected in the current fight against some form of universal health care in the United States.

The mantra now being recited on cable news shows as an argument against universal care is, “I don’t want some bureaucrat coming between me and my doctor.” The bureaucrat in this case would be a government official, but plug in anyone you want and the argument is the same. Only you and your doctor should be involved in making health care decisions on your behalf, or so it goes.

To anyone working in health care this is just as absurd as the poor man’s sign from the Obamacare days. Government officials, insurance company personnel, and hospital, clinic or practice leaders are involved intimately in all aspects of care. Their dictates are on everyone’s mind throughout their decision-making days. The efforts of the entire medical staff are guided through regulation, contracts, clinical reviewers and a small army of officialdom, ready to pounce with some form of modern white glove testing.

This argument is clearly spurious as are another two arguments currently afloat against universal care: long wait times to see a doctor and new taxes to pay for the endeavor.

There was a time when systems such as the British National Health Service had wait times of weeks to months for specialist appointments. We no longer have anything to boast about in this regard. The average wait time for any doctor appointment in the U.S. is now 24 days, even for follow-ups during active treatment. Anyone who has tried to see an experienced surgeon or a well-regarded specialist will wait many months, even a year. Some specialties such as psychiatry may have no availabilities, unless you can pay out-of-pocket fees, which rival weekly take home checks for most Americans. Rural residents are at a constant disadvantage, needing to drive more than an hour to see a specialist. And let’s not conveniently forget people with no insurance who’s wait time is forever.

The other issue brandished is the so-called trade off of high taxes to pay for national insurance. This is extremely misleading. Cost estimates vary but present only half of the story. While there would certainly be a very high government expenditure, this is balanced out by savings from absent insurance premiums, taxes for Medicare, Medicaid, the VA Health system and other government programs.

The battle to determine if we end up paying more or less predictably breaks down over partisan lines. There would be a great deal of savings from redundant administrative and advertising costs, as well as bargaining for lower drug costs to name just two factors. But even if there are higher costs, this may simply be the price for covering those with inadequate or no insurance.

What goes unmentioned in these analyses is the high cost to society of the acutely and chronically ill, who cannot live up to their potential at work or at home. There is no controversy in stating that these costs are astronomical, even as things such as deficient parenting go unaccounted for in the dollars and cents analyses.

As both sides of this dispute over a national health care system position themselves for battle there is a broader view, which should be kept in mind. This is that no system of guarding a society’s well-being will ever be perfected. There will always be more illness than medicine, and there will always be more medicine than funds to pay for it.

I cannot prove this proposition. However, the sheer expanse of human suffering, the ability of afflictions to arise seemingly out of nowhere (case in point, HIV), and the potential for science to outpace economic growth are ample support of its veracity.

Therefore, any health care system we devise will be a reflection of the types of beings we are: frail, ever-evolving, mistake prone, and always ready to expose new threats to our well-being.

I raise this point as in the heat of battle over our health care future there is a danger of pitting the perfect against the good. Neither a market system nor a government system will solve the unsolvable and bring us perfect care. The market has indeed reigned in costs and government programs have brought care to millions of dispossessed individuals. Yet we remain far from an achievable destination.

We are a wealthy country with a health care infrastructure and an army of qualified and devoted caregivers. It is past time to move beyond fallacious claims and exercise the political will to build a system to connect all citizens with the care they need.

Dr. Rego is a semi-retired psychiatrist with 23 years of independent practice and teaching behind him. He has written about the intersection of psychiatry and philosophy as well as worked internationally to set up services in an indigent area of South America. Currently he is writing a book about mental illness and modern life.