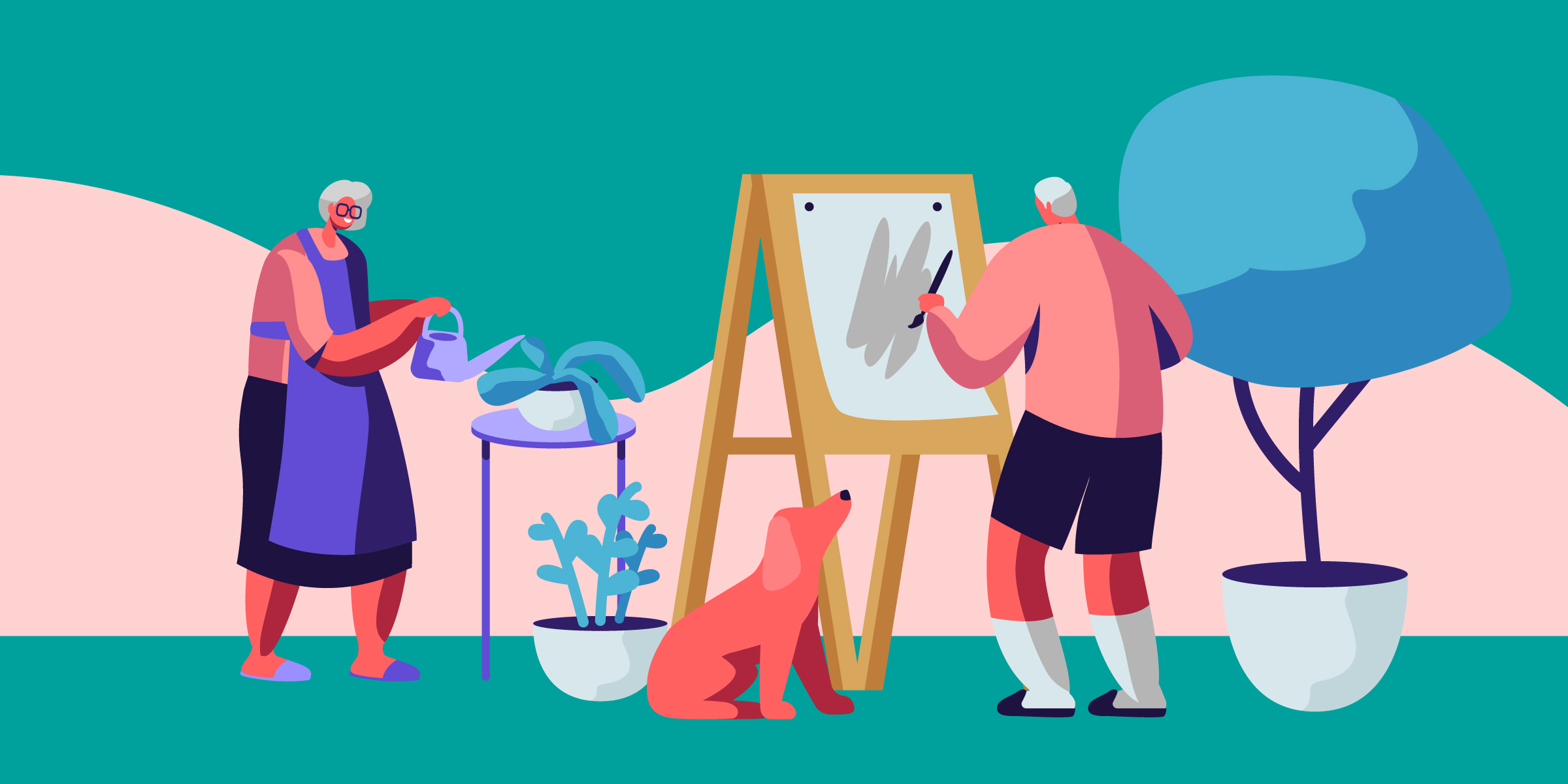 “Don’t make the same mistake I made,” the elderly gentleman held my arm so tightly and said this with such intensity that I could not turn away.

By the average American's estimate he was a successful man, set up for a sound retirement. I met him when his primary physician sent him to see me for a non-healing sore on his foot. That seemingly innocuous ulcer on his right foot would teach me a valuable lesson about what one needs to have a good retirement.

I won't go into the details of his medical care, because I want to talk about his career. In the post-World War II economic boom, Mr. James had joined a small, local manufacturing company. Over the next several decades he would rise to become an executive as the company began marketing high-end products to the world. Mr. James had prospered as the company succeeded, but that required long hours of work. It also meant that he rewarded himself for those long hours with creature comforts including an opulent estate on the shore of Lake Michigan and a top-of-the-line Mercedes-Benz. He ate in the finest restaurants, smoked the best cigars, golfed at an exclusive club, and drank only the most refined cognac.

To make space for these luxuries in his life, there were several things he did not do, such as exercise. By the time I met him, it had been decades since he golfed without the benefit of a golf cart. He did not make time for his family, yet he somehow found the time to remarry after each divorce. That meant he had children from several different marriages but had little contact with them when they were young, and now they were virtual strangers.

Over the time I knew him, his medical condition worsened. That sore on his foot was just the beginning of a long string of problems that would cause him to lose his leg below the knee. Being overweight, out of shape, diabetic, and handicapped by a weak heart and lungs, he would never master walking with crutches or a prosthesis. Ultimately, he found himself confined to a wheelchair. That proved a real challenge as the expensive home he lived in had many stairs that he was now unable to negotiate. He was forced to put a hospital bed in the room where he used to dine and sleep, as the second floor, with its lavish master suite, was now off limits to him.

Moreover, he needed help. The tasks that one might have previously taken for granted were now significant events. Coming to see me in my office for follow-up was not easy. Post-amputation, he could no longer drive his luxury automobile. He needed someone to drive him anywhere he needed to go. For this executive, that proved a significant problem. Estranged from his family and with "golf buddies," but no real friends, he had no one he could call on. That meant he needed to hire help in his home and hire drivers to take him anywhere he needed to go.

He was a prisoner in his own home and descended into depression. His only companionship came from people he paid to clean his house, prepare meals, and help him get dressed and bathed. The dream of retirement with all the objects of a successful career had become a nightmare for him.

During one of his hospitalizations, I was making rounds late in the day and stopped to check up on him. I should have been home having dinner with my family, but once again I was working late instead. That was when the executive took my wrist in his soft hand and looked me in the eye.

"Don't make the same mistakes I made,” he said with such ferocity that I could not turn away.

“What mistake?” I asked.

“Don’t spend your life to get money.”

He lay back in the bed, gazed at the ceiling and continued, “I spent my life sacrificing myself, my family and my health to make money and now I'm spending all my money trying to buy back those things I was too stupid not to invest in when I was your age."

“But it’s a bad bargain,” he said. “The fact of the matter is no amount of money will buy those things back."

His grip slackened, his hand slipped from my arm and fell back to the bed, the gesture of a man defeated by life.

That once proud man would be forced to sell the lakeside estate, expansive cars and all the other objects of success he had worked so hard to acquire to finance his final months living in a nursing home.

What he taught me is that achieving a successful life takes more than hard work and earning a heap of money.  Make no mistake, you will need money for a successful retirement, but that is not all that you will need. You will also need to invest in other parts of your life.

Let’s break it down:

Health: You can buy medical treatment for problems, but you cannot buy health. If you want to be healthy, vital, and active later in life, you need to make wellness a priority today. Invest in a healthy diet, good sleep, and regular exercise so that you will have “health capital” to spend in your golden years.

Family: Sometimes, the easiest things to take for granted are the ones that are right in front of you. Don't let your family be one of these things. Having good relations with your spouse, children, and extended family will ensure you have physical help and emotional support when you need it. Family also provides an endless source of joy. So start indulging in that joy today. Build memories and share experiences. Vacations together make for great memories, but smaller events like playing games or visiting a local park can also produce some great bonding.  The secret to investing in your family is to be there with them 100%. So leave the cell phone on the stand and get out and invest in some memories with the ones you love.

Friends: Good friends can fill in where family leaves off. Moreover, age-matched peers will be experiencing similar age-related issues and can commiserate and help you cope. Ask yourself this question, "If something bad happened right now, and I needed to call someone to come to my house and help, who would I call?" If at least one name does not come to mind, then you may need to invest more in the friend category.

Hobbies: Retirement is the ideal opportunity to engage in a hobby, but if you want to take advantage of this, it is best to start developing that hobby now. Curating an outside interest will please you now and in the future. It can also be a great way to get out and make some new friends with a shared interest that can help to beef up your investment in the friend category.

Purpose: One of the most important things you will need in your later years is a sense of purpose. Without it, many seniors find themselves descending into depression. On the other hand, people like former President Jimmy Carter have shown us how living with a purpose can help you be active, vibrant, and making a difference into your 90s. So find something you care about and where you can make a positive impact on others. Joining a civic organization now can pay big dividends later in life.

Remember, a successful retirement does not automatically follow a successful career. If you want to have a good retirement you need to start investing in it today, and those investments need to be more than just financial.

﻿﻿﻿﻿All names and identifying information have been modified to protect patient privacy.