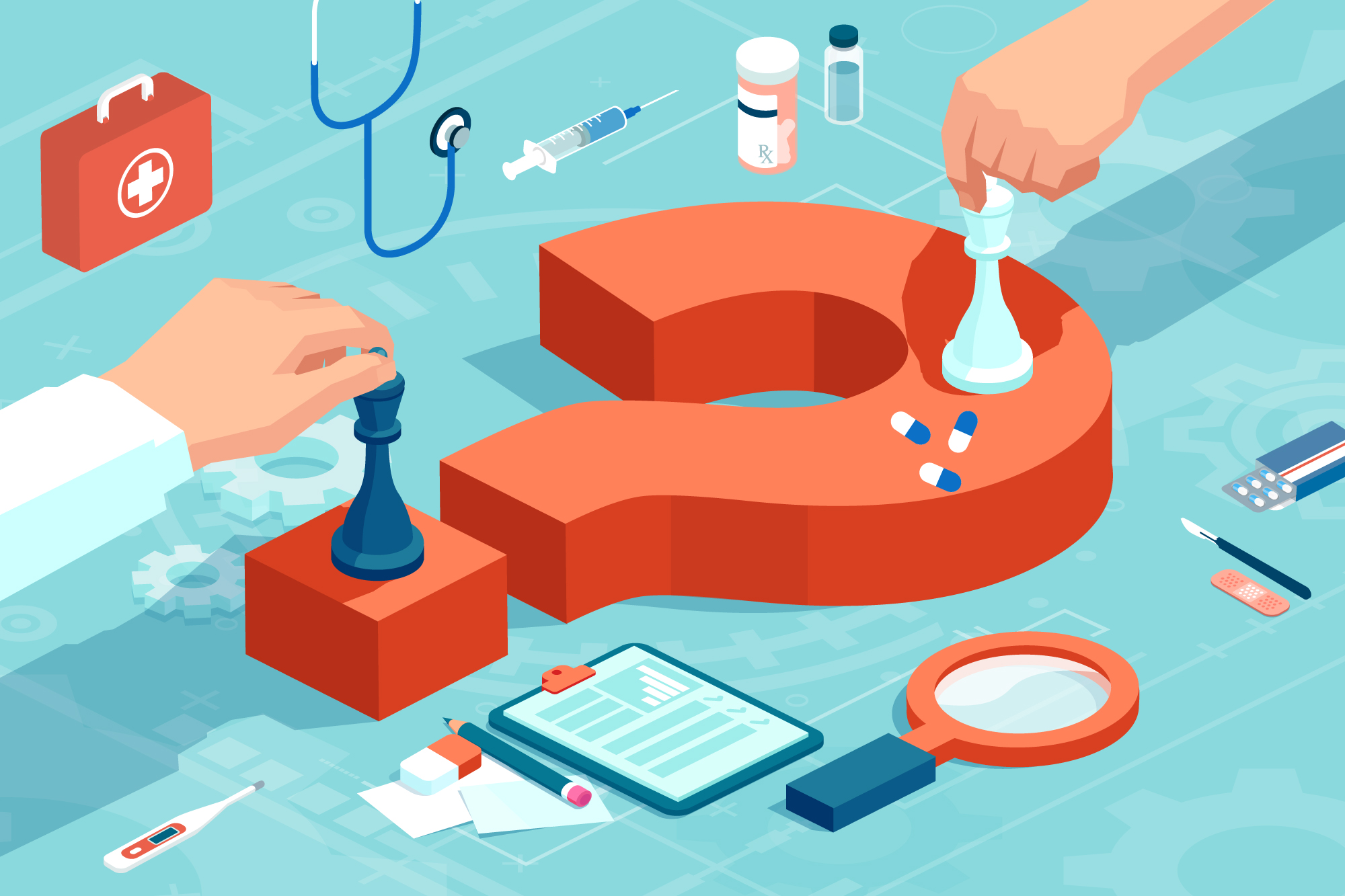 I had to look twice at the chart: “27-year-old female, here for annual physical.”

Normally this kind of patient might not score a double take, but in the middle of the internal medicine clinic at Wilford Hall USAF Medical Center, she was a bit of an outlier. My day to that point had been spent managing the usual Bataan-like march of chronic medical ailments: diabetes, hypertension, gout, renal insufficiency, and so on, for this was a clinic of mostly retired prior-military and their spouses. Like discovering a new species of orchid, the chart rested in my hand like a thing of delicate beauty, a balm against the relentless waves of incurable disease.

As an internal medicine intern, I sometimes reminisced about my months rotating through medicine as a student in Grady Memorial Hospital at Emory University School of Medicine: following brilliant, charismatic residents through the hospital, sleuthing through clues hidden in history, physical exam, and studies to make a diagnosis. Finally, I came to realize it had all been a classic bait-and-switch maneuver. The bait laid out were the on-call nights, luring medical students with evenings filled with action: drawing blood, starting IVs, assisting in codes, all in a race against time and pathology to save the sick patient’s life. Not once during those rotations did we step foot inside the internal medicine clinic, which would ultimately be the switch, a switch to the grinding reality of the medical clinic.

Where the milieu of the Grady Memorial medical ward was that of a battlefield, the tone of the medicine clinic is that of a wily chess match. Two opponents facing each other, doctor and disease, waging a mental battle across the chessboard-patient. “Mr. Smith, your HgbA1C has increased to 8.4.” Black bishop takes pawn. “Let’s increase your metformin to 1000 mg and have you follow up in three weeks for a re-check.” White knight takes bishop. After the diagnosis has been made and treatment started, the game board is set, and the lifelong match begins: one of tweaks in management, monitoring, more tweaks and re-assessment. Maintenance of health and hopeful improvement are the goals of success.

Her name was Molly. She described herself as healthy except for occasional allergies, for which she took a prescription antihistamine, and a refill was the main goal of her trip to the clinic today. She had her tonsils taken out as a child. The only other medicine she took was an oral contraceptive, which she received from her gynecologist. And she planned to see an orthopedist for some knee pain she’d been having lately while training for a 10K. Her father was a general, which may explain her presence in the exam room of my retiree clinic that day.

I stepped back into the room after she had replaced her outer garments with a gown, and started from the top as she sat on the exam table. Ears and nose: deviated septum, and the turbinates were a little puffy. Allergies, check. Mouth: no tonsils, check. Neck soft and supple, chest clear. The right knee seemed non-tender, no fluid, good range of motion, check. She lay flat, and I positioned a sheet over her pelvis and lifted her gown to check the abdomen. No hepatosplenomegaly, flat belly, soft to….my right hand stopped over her umbilicus, and pressed a little harder. Not soft. Now with left and right hands, keeping the firm area between the fingers on each side, jostling the tissue between them in a gradually enlarging circle, trying to form a sense of what lay beneath the skin, a mental-manual sonar image. Centered below the belly button, little right of midline, about the size of an orange. I explained to Molly that I felt something unusual, and excused myself to get a chaperone. With a bimanual exam, tipping the uterus upward, a definite asymmetry could be felt in the right adnexal area.

I told Molly I thought she might have an abdominal mass, and called the ob/gyn clinic, which got her right over. That afternoon, the gynecology resident called to confirm an 8 cm ovarian cyst by ultrasound, and congratulated me on the pick-up.

Of all the sick patients I saw that day, the one I felt I helped the most was that young woman. After one brief encounter I discovered a problem, and started a path of treatment for her, and that knowledge gratified me. But also, I felt envy and disappointment. Envy of the surgeons who would ultimately remove the cyst. Disappointment at not getting to see the relief on Molly’s face when told the surgery went successfully, and everything would be OK. That day, I wished I had been able to perform the ultrasound, book the surgery, and remove the tumor with my own hands.

My desire to be an internist finally relented. There had been other signs: spending grand rounds in the back of the room, dissecting my ophthalmoscope and re-assembling it. Another frustrating day in clinic, and looking down to see a snapped stethoscope in my hands.

I resigned my position in the residency program, completed Aerospace Medicine School, and reported for duty at Barksdale AFB in Shreveport. As a flight surgeon for a B-52 squadron, I contemplated possible careers: radiology, radiation oncology, law school. My pilots presented with the usual ailments of the airman: sinus block, tympanic barotrauma, spatial disorientation, hearing loss. Though my scope of care was that of a family doctor, the occupational medicine portion equated to a mini-otolaryngology clinic.

And otolaryngologists perform surgery, too.

After spending time with the otolaryngologist on the base, I applied for residencies and landed back in San Antonio as a civilian surgical intern. I finished otolaryngology residency, and took a fellowship in voice, and a staff position in the Harvard otolaryngology program. Finally, I returned full circle back to Atlanta. Now, I can take out neck tumors and tonsils, and can tell the patient that everything is going to be OK.

John Jarboe, MD, is an otolaryngologist in Atlanta, Georgia, where he started his medical career at Emory. In between, he served as a captain in the Air Force during Desert Storm, landed in San Antonio for residency, and Boston for voice fellowship and a staff position at the Massachusetts Eye and Ear Infirmary. He enjoys spending time with his wife and three daughters, cooking, writing, travelling, and playing guitar, tennis and the occasional round of something that vaguely resembles golf.