Say It Like It Is: Sugar Is a Drug One of the things that baffles me most about modern medicine is our failure to clearly and effectively make the link between diet and chronic disease to our patients.  In a recent CNBC posting on fatty liver disease, the new “silent killer,” I didn’t find a single mention of what causes fatty liver.  In fact, the entire spin of the article was the costly search for medication to treat this epidemic that by 2020 “will overtake hepatitis C as the No. 1 cause of liver transplantation in the U.S.”

Fatty liver, as most clinicians are aware, is the pathologic deposition of fat in and around the liver, causing inflammation and scarring that can lead to cirrhosis.  It is highly correlated with insulin resistance and metabolic syndrome. Though genes may set some of us up to develop metabolic syndrome more quickly than others, it is diet and lack of exercise that pulls the trigger.

But it is not just “diet”-- a vague and indistinct entity.  It is one very specific and plentiful part of the American diet, that is most taxing on the liver: fructose.  And while most people associate fructose with fruit, by far its largest source is actually sugar—particularly in the form of sucrose (from cane and beet sugar) and high fructose corn syrup. For those that would like to learn more about fructose’s effect on the liver, I recommend watching pediatric endocrinologist Dr Robert Lustig’s lecture “What is Metabolic Syndrome and Why are Children Getting it?”

Though using words like “molecule” and “disaccharide” can cause eyes to glaze over, it’s important to understand the make-up of sugar, so that we understand what it does in the body.  Sucrose, or simple table sugar, is a disaccharide composed of one molecule of fructose linked to one molecule of glucose. While the modern human has evolved fairly well to accommodate large amounts of glucose, the primary component of dietary starch, we are not developed to handle large amounts of fructose.

Think about it: fructose naturally occurs in fruits and some vegetables.  So for thousands and thousands of years, our consumption of fructose was limited to plant sources that were nearby and in season.  Because of these limitations, we simply could not ingest that much fructose at one time. But all that changed when humans figured out how to pull the sweet substance from cane and beets, giving us crystalized sugar.  Once we’d learned to refine it, we had a portable, non-perishable, compact, concentrated and addictive form of glucose and fructose that is now consumed to the tune of more than one hundred pounds per person per year.

The fact that sugar is prevalent in our diet is not news—the climbing rates of sugar consumption since the 1950s is an oft-cited fact.  The fact that it is not a health food isn’t news either. But there is one piece of sugar’s use that is under-recognized, and key to understanding our inability to curtail its use.

Sugar is a drug.  It triggers the release of endogenous opioids that relieve pain.  We’ve been giving sucrose solution (i.e. sugar water) to infants in hospitals for pain control during procedures for years.  We know it works; we sanction its use. See this explanation supporting sucrose for pain relief.

Why then are we unable or unwilling to acknowledge the simple truth that millions of Americans use sugar on a daily basis for the relief of stress, boredom, and emotional and physical pain?

I grew up in the 1970s eating Ho-hos and drinking 7-Up, and spent most of my teens and twenties going from one sugar bolus to another in a subconscious effort to get a little legal buzz and soothe my pain.  I was completely unaware of what drove this habit – I thought I just liked the way sugar tasted-- until I went to medical school and saw, first-hand, how sugar was used therapeutically. A lightbulb went on in my brain.  Once I saw that I wasn’t just choosing to eat sugar, but self-medicating with it, I was able to change the habit.  I am now 25 pounds lighter and about 80% happier than in my early twenties, and I highly suspect this simple dietary change is the main reason.

Why are we so reluctant to talk about the neuroactive properties of food?  Though cigarettes, opiates, benzos and alcohol are considered “real” and worrisome addictions meriting screening and treatment, the medical profession has been too squeamish to validate food or sugar addiction, despite the fact that so many people feel out of control in their eating habits.

It’s time to stop ignoring the link between diet and disease.  It’s also time to stop treating sugar as simply another source of calories.  It’s neuroactive, it lessens pain. And it’s a drug we all have access to, every day.   The amount of sugar available in commercial products now makes the Ho-Hos I was addicted to look quaint.  Did you know a large Vanilla Bean Coolata from Dunkin Donuts has nearly one full cup (175 grams, or 43 3/4 teaspoons) of sugar?  That’s more than four times the American Heart Association’s upper recommended limit for an entire day in a single serving.

Instead of funneling millions of dollars into research for a pharmaceutical “cure,” let’s start with what we already know.  We need to help people recognize the dangers of overuse and develop other ways to feel better. Let’s talk to our patients about what they eat, and encourage them to cut out sugar.  And let’s use the millions of dollars going to pharmacologic solutions for education instead, or even better, to provide access to fresh whole foods for everyone.

Lisa B. Nelson MD is a practicing family physician in Great Barrington, MA. She is also Director of Medical Education at Kripalu Center for Yoga & Health in Stockbridge MA and Medical Director of The Nutrition Center, and co-author, with Annie B. Kay, of Yoga and Diabetes, published by the American Diabetes Association in 2015.

The Paradox of Choice in Medicine 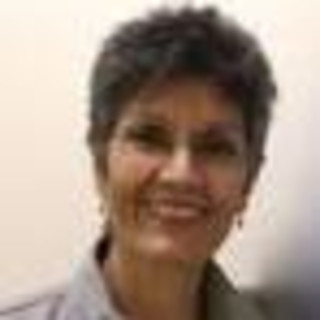 Pass the Veggies, Avoid the Scalpel

This Physician Found Her Next Medical Mission Without Leaving Home

Surgery Is Better Than Disneyland 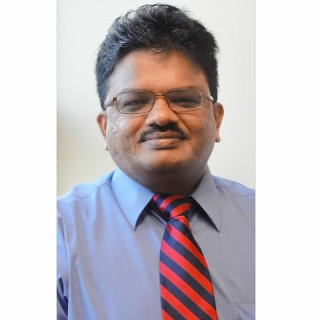 Uncertainty in Medicine: Why Healers Should Be Adept Practitioners and Connoisseurs of the Art