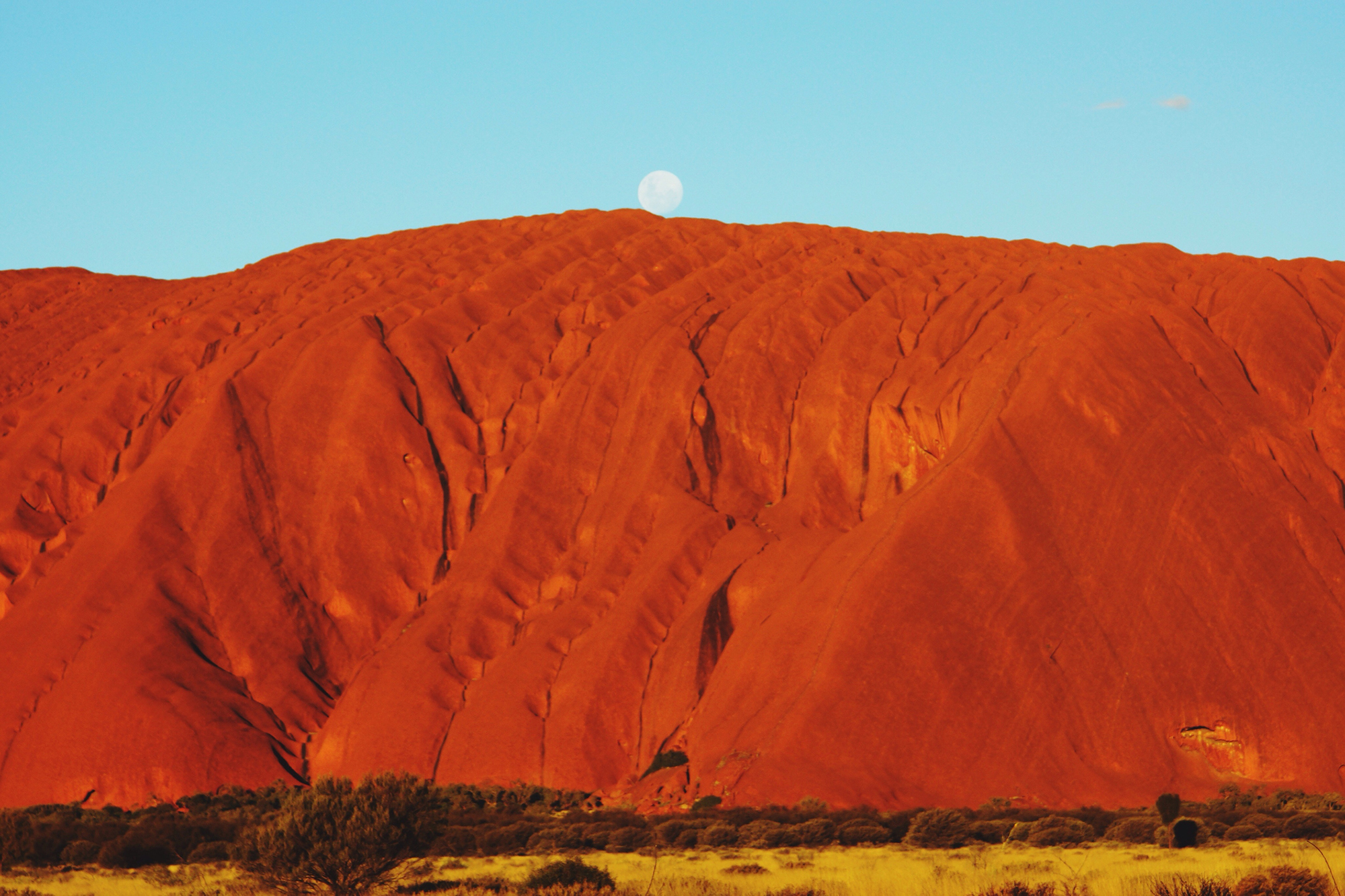 The sun was setting in the Australian outback as my wife and I sipped champagne and listened to the guttural, rhythmic duotones of a didgeridoo. We were watching the colors change on Uluru, the vast stone monolith that rises out of the empty desert like a capsized ocean liner in a sea of sand. As the sun sank into the barren horizon, it projected ever-darkening amber rays onto the sacred rock, turning it blood red. I watched the day fade into night, and my thoughts wandered back to the tragic memory of the man who had unknowingly made this moment a reality.

John was a life-long civil servant. He joined the military out of high school and went to work for the local government after his honorable discharge. It was not exciting work. Still, John followed the rules, worked hard, and looked forward to a generous pension as his reward for decades of dedicated service. I met him after he developed a sudden and severe pain in his neck that radiated into his left arm. The pain had sent John to the emergency department, where X-rays showed a fracture in his cervical spine. A break with no history of trauma is an ominous sign of a pathologic fracture and hinted at a more serious underlying problem.

A bone scan confirmed metastatic cancer in John's spine and other bones, but where the tumor had originated would be the determining factor in John's subsequent care. His internist sent him to me for an upper endoscopy and colonoscopy to look for the source of an occult malignancy.

I performed the usual history and found nothing to suggest the primary origin. When I examined John, I discovered an ugly mole. It was coal-black with a gunmetal blue tint, and although it was smaller than a dime, it looked like evil. I suggested a biopsy of the mole, and John agreed to let me do it right then in my office. A few days later, I met with John and his wife to discuss the result of that biopsy.

John sat stiffly in the office chair with his neck in a collar while his wife fidgeted nervously at his side. The fact I had called them in to discuss the result of the biopsy meant bad news, and they both knew it. However, they seemed to be reacting in two different ways.

I tried to ease into the awkward conversation with, "I want to talk with you about the results of John's biopsy."

Both of them looked at me expectantly, so I continued, “I’m afraid it is not good news…The biopsy showed melanoma.”

When neither of them said anything, I explained, "Melanoma is a dangerous kind of skin cancer, the kind that can spread to other parts of the body. Like to John's spine and neck."

So far, neither of them had said a word, which made it hard for me to judge their reaction. John looked at me impassively, either not comprehending or already resigned to his fate. His wife stopped fidgeting and stared into the open handbag on her lap like she had forgotten why she was looking in there. They could have been statues for all the feedback I was getting from them.

I went on to explain what could be done for John. Radiation to shrink cancer in the bone and control the pain.  Fixation of the fracture in his neck to prevent more severe nerve injury. But all I had to offer them was palliation of John's symptoms.

His wife looked up at me and asked, "It can be cured, right?"

“I’m sorry, but no. There is no cure for melanoma once it has spread. We can make John more comfortable…” I trailed off as my mind searched for something positive to say and came up blank.

Her gaze dropped back to her handbag, and John continued to stare ahead stoically. Then his wife exploded. "What do you mean it can't be cured? You can't tell us that!"

I was taken aback by the violence of her statement. I tried to calmly and quietly explain that although we could treat metastatic melanoma, it would be unrealistic to hope for a cure.

"That can't be right," she challenged me. Then she continued in a smaller voice, "We were going to go to Europe next year. Are you taking that away from us?"

The fact of the matter is, that was precisely what I was telling them. I knew John would not be alive in a year. What I did not know was that he would live for less than six months.

"How can you take that away from us? We have waited our whole lives for this trip!"

She was walking a fine line between anger and tears. I could hear my staff just outside the exam room door as they came to check on the shouting. I needed to calm things down, so I asked her to explain.

It turned out that John was stationed in Europe during his years in the army. When he returned, he talked fondly of all the things he had seen there. John promised to take his wife on a tour of the continent, but being a dutiful civil servant, he had never found the time. Now John's career was coming to a close, and he planned to use his government pension to take his wife on the European holiday he had promised.

That holiday would never happen. There was nothing I could say or do to make the situation better.

John left my office with appointments for oncology and spine surgery. My conversation with him and his wife haunted me for the remainder of the day. As I thought about it more, I had to wonder, "If this trip was so important to them, why did they wait?"

I'm sure the answer to that question included a thousand small excuses. Difficulty getting away from work, family obligations, home repairs, and all the little priorities that eat away at our precious time — always confident that there will be time for the big things once everything else was tidied up. But now, in John's case, there was no more time. That fact of the matter is none of us know how much time we have until it is too late to do those things we always meant to do.

By the end of the day, I had processed the troubling encounter with John and his wife.  I walked into my home, took my wife in my arms, and said, "We're going to Australia." Visiting the land down under had been a fascination of mine since childhood. I did not want to miss the opportunity. So we started planning our trip that very evening.

As I stood in the red center of that tired, ancient continent, I raised the straw-colored liquid in my glass until it caught one of the last rays of the setting sun. The champagne within turned amber in the dying light, and I silently offered a toast to John and the important lesson he taught me.