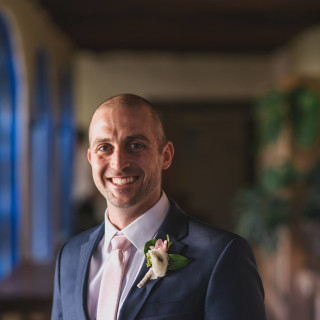 Three days before the first day of my internal medicine residency at UC Davis, I was on vacation with my dad, soaking up sun and fatherly wisdom about what was to come. He had been in an internal medicine program himself, long ago, and hated it; he left after a year to complete his Public Health Service obligation as a general practitioner before finding a much happier role as a radiologist. In between advice to “Just recommend whatever the respiratory therapist says” and “Don’t spend too much time on notes,” we had been scuba diving, eating Costco pizza, and watching the Yankees’ disappointing 2016 campaign.

That afternoon, while watching a 6–1 loss to Detroit, my dad got a call.

“Well, they’ll get a CT and they’ll know for sure,” I heard him say. “He’ll probably be admitted.” “They may not do a bone marrow biopsy for a few days.” “Our flights tomorrow are the soonest we can get.”

Something was disastrously wrong with my younger brother — his CBC was in the tank, his liver and spleen were enormous, and we had no idea what would happen.

I took my flight home to Sacramento. Not knowing what else to do, I went to my residency orientation. I barely heard a word from the speakers at lectures about “Inbox Management,” “Sign Out Procedures,” and “How to Consult a Surgeon.” Devastating texts were arriving hourly; “Going to be on the peds hemeonc service,” “2 more units of blood this morning.” I met my co-residents and didn’t remember their names. “Biopsy done, some bleeding, results in a few days.” I skipped happy hours and ducked out of lunches early. “Another fever overnight, more cultures.” Finally, I drafted an email to my program director and chief resident and got on a flight to Tucson.

I didn’t know what their response would be. I had only met the program director once during my interview the previous November and had to look up the chief residents’ names. They had 40 other new interns to worry about, and I couldn’t imagine that they would have too much time for me. Their response, though, was filled with generosity and compassion. “Take the time you need, your family is more important. Just stay in touch with us and we’ll work everything out.”

In the midst of a family health crisis, staying in touch with my residency was low on my list of priorities. But nearly every week someone would reach out on the phone, talk with me about how things were going, and again offer their support. When things settled down a bit and I began my residency (as the least-experienced intern in the hospital), they made sure I got up to speed and that I started on a manageable rotation. When my brother took a downturn, they found coverage for me so I could be with him. And when my brother finally began ticking off milestones towards recovery, their happiness was genuine as they congratulated him and me.

A year earlier, on match day, my wife bought me a beer from each city of the schools I had ranked; I cracked open the IPA from Sacramento’s Track 7 brewery without too much fanfare. UC Davis was a good program and the residents seemed happy; I expected good training without excessive misery and to be well positioned for the rest of my career. What I found was a group of people who welcomed me as one of their own, who cared profoundly for me in times of crisis, and took my success and happiness as personally as their own.

I had matched into a family who looked after and cared for one another. As this year’s MS4s discover where the next year will take them, I hope that they each find the same in their new programs.

Brian Erly, MD completed his internship at UC Davis and lives in Sacramento with his lovely wife and two troublesome dogs. He can be found at www.brianerly.com. No conflicts of interest to declare.