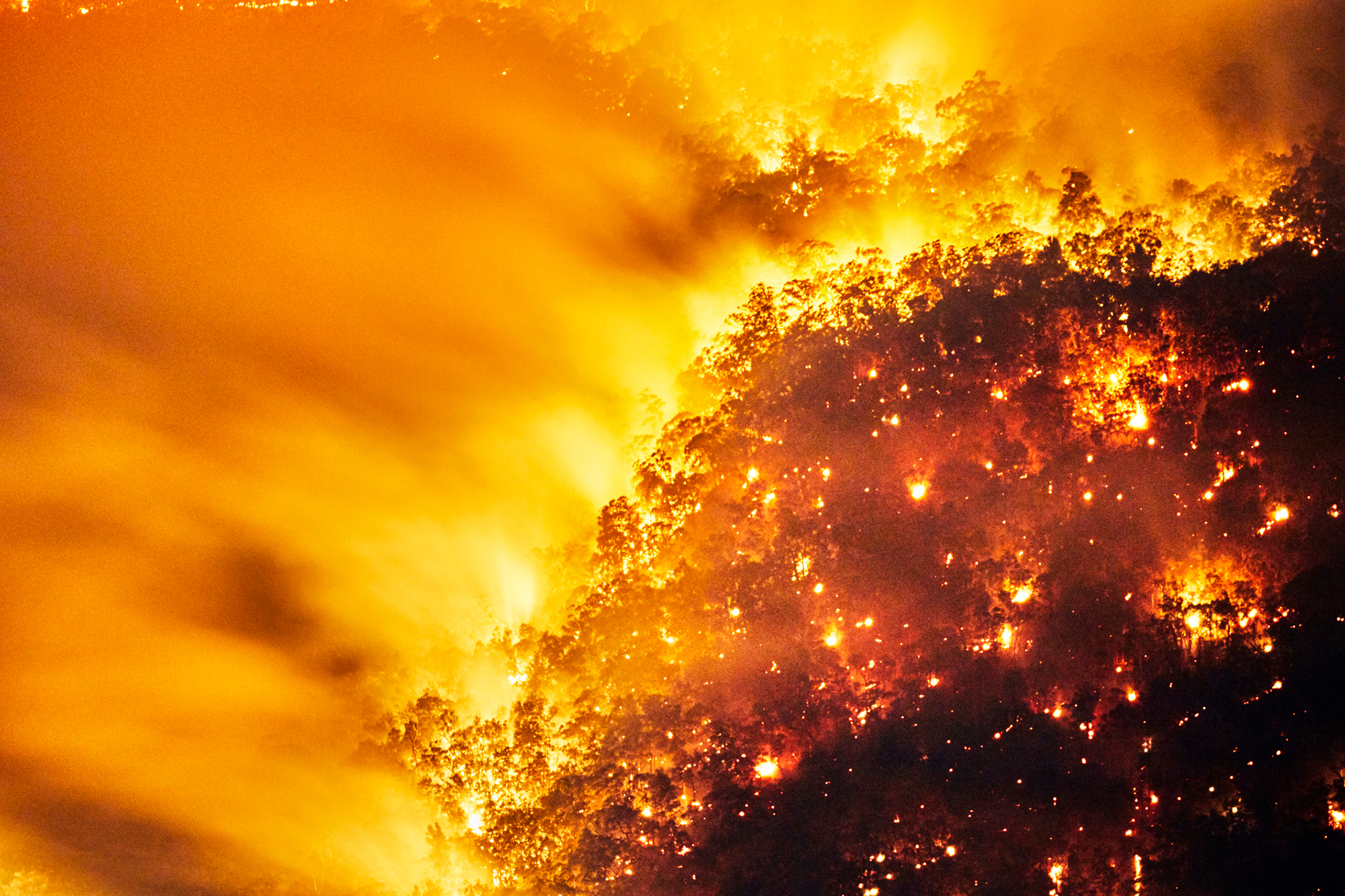 Miners of yore carried caged canaries when they tunneled into the earth to dig for coal, the foremost fuel firing their factories and heating their homes. If a canary keeled over, then the miners knew to escape while they still had a chance, before carbon monoxide or other potentially lethal gases killed them too. In this modern era of climate change, I am your canary.

The Camp Fire graced San Francisco’s skyline with glowing orange sunrises and sunsets in November 2018. Although centered more than 170 miles north of the city, the inferno generated an immense amount of airborne particulate matter, and led to more than seven dozen deaths. The prevailing winds swept this cloud right at San Francisco, depositing ashes on doorsteps and turning the air a murky, hazardous gray-brown for more than a week. Air quality measures exceeded U.S. safety limits, and outscored the smoggiest cities on our planet.

I curtailed my regular running, remaining inside for more than a week. But living in a drafty old Victorian house, the smoke smell was discernible inside, albeit less pungent than upon opening the door. After the air cleared, I resumed running but my speed on my daily runs was a full minute per mile slower than prior to the fire.

I wondered whether the smoke had triggered an exacerbation of asthmatic bronchospasm and bronchoconstriction, or caused new inflammation of pulmonary tissue, or had lowered my resistance to an airway infection. I expected to recover from any of these potentially reparable processes within a few days.

On the surface, I am not a particularly likely candidate to be your canary, someone more sensitive to environmental toxins who serves as a siren, warning of the dangers ahead. I’ve been a runner for five decades. I completed my 100th marathon just three months before the Camp Fire. But my ability to breathe had been slowly declining, for still undiagnosed reasons, for the past 20 years. I was your canary without even realizing it.

For three autumns in a row, massive wildfires have ravaged Northern California. The fires, originally so fierce and singular in their destructive fury, in the homes charred, the lives erased, the forests and vineyards blackened, now sear together into a collective fall ritual. Fires have sculpted the California landscape for millennia, but climate change has produced this recurrent annual pattern of superfires. Fire season expands and intensifies as the planet warms.

Organisms on earth, including people, evolved under a fairly predictable and narrow range of temperature and rainfall conditions. With global warming, scientists expect many more “lethal hot days” when any activity beyond the very briefest can to lead to dehydration, heatstroke, hyperthermia, and death. A three degree Celsius increase in world temperatures will lead to more than half of humanity being exposed to at least 20 days of lethal heat each year.

Other research indicates that increased temperatures cause higher rates of chronic and serious heart and kidney problems. Body systems adapted to lower ambient temperatures malfunction as it gets too hot. This malfunctioning includes the brain — psychiatric studies find higher rates of aggression, criminal behavior, and even murder and suicide on hotter days.

As temperatures rise, much less of the U.S. will experience the winter weeks of freezing temperatures that restricted the range of ticks, mosquitoes, and other arthropod vectors of a number of serious infectious diseases: malaria, dengue, yellow fever, Rift Valley fever, elephantiasis. Diseases we thought of as tropical will become prevalent across previously temperate climes.

Changes in temperature and precipitation, along with rising ocean levels and incursion of salt water into previously freshwater systems will lead to drastic changes in agriculture. Many arable regions will become barren, leading to severe malnutrition. Rising ocean temperatures and acidity will continue to decimate fisheries, depriving millions who rely on these abundant sources of protein.

The increased temperatures, disrupted infrastructure, and increased crowding in the remaining space will cause many more to depend on contaminated water systems, and will foster large increases in cholera and other water-borne diseases. Wars and waves of migration will occur because of water shortages.

Beyond the simple direct effects of higher temperatures, we are only beginning to calculate more complicated implications of global warming. Flu already kills, on average, about 50,000 people in the US each year. How many more might die from pulmonary problems when extended wildfire seasons start to overlap with the winter flu season? How will temperature-induced stress on the body increase susceptibility to infectious agents? How much more quickly will new flu strains mutate when humans, pigs, and other livestock or more closely crowded together?

Some synergies of climate change will produce benefits for isolated pockets of earth. The increased concentrations of CO2 in our air, and warmer temperatures at northern latitudes, may be a boon to some Canadian farmers. But even the most optimistic pundits strain to concoct scenarios in which climate change trends converge to usher in greater health and prosperity for humanity.

Climate change will kill millions and harm billions more. But these are not just future  projections and scaremongering. We are already ailing. Hear me sing. I am your canary.

John Kruse MD, PhD, earned his doctorate in neuroscience and has been working in San Francisco as an outpatient psychiatrist for the last 25 years.