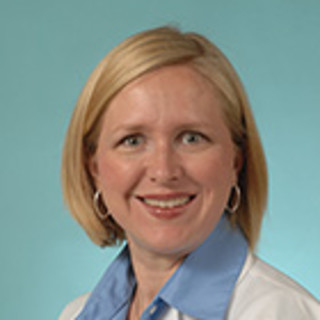 I was honored to speak at the recent American Medical Women’s Association (AMWA) 103rd Annual Meeting in Philadelphia, PA. As an AMWA member and co-chair of AMWA’s gun violence prevention task force (GVTF), it was particularly meaningful to participate in the conference at a time when gun violence prevention is at the forefront of public discourse, and to be able to send a delegation from the AMWA conference to participate in the historic March for Our Lives in Philadelphia. The AMWA participants — pre-medical students, medical students and physicians — proudly marched in orange T-shirts, bearing the simple yet significant message: “Gun Violence is A Public Health Issue.”

The AMWA leadership invited me to start the GVTF several years ago, along with my co-chair, Ilana Rosman, MD. Our task force supports five core tenets:

These tenets drive our three principal work products: our social media content (Facebook and Twitter @AMWAGVTF); the representation of AMWA to medical groups and lawmakers regarding gun violence and the participation in national advocacy campaigns on this issue; and educational content designed for medical schools and residency programs seeking to establish a curriculum on gun violence as a public health issue. We are proud to speak on behalf of the AMWA membership to our lawmakers, and have joined numerous other physician organizations to call for action by Congress and the President on the issue of firearm injury and death. We also have created slide decks, reading material, and other high quality, evidence-based content that is available to any AMWA member who would like to host a local event or presentation on this issue.

This year, I had the privilege to discuss gun violence as a public health issue and the work of our task force to the AMWA membership at our annual meeting. I spoke about the populations at risk, and the statistics surrounding firearm injury in the United States. For example, we know that more than 35,000 firearm deaths and 81,000 firearm injuries occur annually in the United States. We know that children, women, minorities and those with mental health issues are more likely to be victimized. We know that the presence of a firearm in the home increases the risk of homicide or suicide to household members, particularly when there is also a history of mental illness or domestic violence.

Importantly, I also discussed the issues faced by medical and public health researchers seeking funding to perform high quality research on firearm injury and death. The 1996 Dickey Amendment, for instance, is a provision of the federal omnibus spending bill which mandated that “none of the funds made available for injury prevention and control at the Centers for Disease Control and Prevention (CDC) may be used to advocate or promote gun control.” While the Dickey Amendment did not specifically restrict gun violence research, it delivered a chilling effect on subsequent funding of gun violence research from the CDC. Despite President Obama’s 2013 executive order directing the CDC to study gun violence, sufficient funds have not been allocated by Congress. As pressure mounted on Congress to act following the mass shooting at Marjory Stoneman Douglas High School in Parkland, Florida and the subsequent groundswell of public outcry led by our nation’s youth, the most recent federal spending bill included language clarifying that the CDC can conduct research on gun violence. It remains to be seen whether this new language is strong enough to clear a path for increased research activities on gun violence. However, Congress still has not allocated additional funds for this purpose.

We at the AMWA GVTF are deeply encouraged by the enthusiasm of our secondary school, pre-medical, and medical students in tackling this complex but critical public health issue. We urge all physicians who would like to become involved in addressing gun violence to join our task force. If you are interested in the AMWA GVTF, please email us at: amwagunviolencetaskforce@gmail.com, and follow us on Facebook and Twitter!

Stephanie Bonne, MD, FACS is an assistant professor in the Department of Surgery, Division of Trauma and Surgical Critical Care at Rutgers New Jersey Medical School. She can be reached at stephanie.bonne@rutgers.edu.