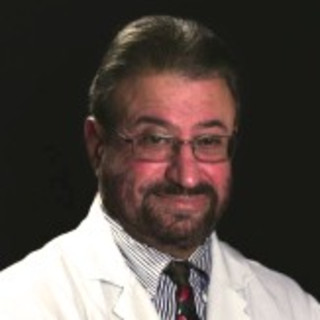 A Fictional Story by Sebastian Conti

This is part of the Medical Humanities Series on Op-(m)ed, which showcases creative work by our members. Do you have a poem, short story, creative nonfiction or visual art piece related to medicine that you’d like to share with the community? Send it to us here.

“Hey, Doc, nice threads. Leaving early today, are we?” Brenda, the ER intake clerk, looked up from her computer.

“Yeah,” I said. “I like losing the scrubs now and then. The wards are quiet, the hospital census is low, and no full moon last night means the loonies aren’t roaming the streets. So, I’m going to spend some time with my wife and kids.”

I walked into the Emergency Department for a last look before heading home. My custom, since joining the Hospital’s Trauma Team last year, was to do a walk through. Too often I’d left without checking for problems, then been called back a short time later to consult on a problem patient.

“Anything cooking?” I asked Gloria, the head nurse. She held a clipboard listing the current ER patients.

“Nothing we can’t handle without you,” she said. “But wait a second, I’ll get a readout from the EMS scanner to check for any incoming.”

She rose from her desk at the nurses’ station, the Department’s logistic hub — a rectangular arrangement of computer monitors, keyboards and cubbyholes for forms. An epileptic, industrial-strength printer/fax machine shook as it spewed document after document to feed a ravenous administrative bureaucracy.

Clerks, aides and nurses circulated in and out of the station. An array of twenty patient examination cubicles, each outfitted with privacy drapes, formed the ED’s outer perimeter. Two large rooms with swinging doors, each a fully equipped operating room reserved for the most extreme of emergencies, flanked the entrance to the ER.

Gloria flashed a thumb’s up signal. “You’re good to go Doc. Have fun. We’ll call you if we need you.”

I glanced at my watch — two o’clock. With the all-clear, my mind began its shift to a parallel universe, a place with fewer responsibilities, relative calm, laughter and love. On this Saturday afternoon, we might go to the zoo with the kids, or to a movie or maybe just stay home and play games. The choices in this universe, the one inhabited by family and friends, were good, most of the time. In contrast, the choices in the universe I was now leaving were colored by uncertainty, fear, pain and illness. An invisible companion, the Grim Reaper, accompanied me on my daily rounds and into the operating room. He monitored the sand remaining in the hourglass of each patient’s life. Like the Tax Man who expects what is due, the Reaper waits. He knows death is the destination we all share. Some can delay it. No one has ever escaped it.

I strolled through the ER exit door — into a drama I didn’t know was unfolding. A sixty’s vintage Chevy, with fender skirts, side pipes, stenciled graphics, a lowered rear end, and horn blaring, screeched to a halt behind a parked ambulance. The back doors of the car flew open and two gang bangers burst out, dragging a third. Their clothes were soaked with blood.

One shouted out to a paramedic sitting in the ambulance, “Hey, my homey got capped. You gotta do sonthin’ man.”

The injured boy was unconscious, his face pale, his fingers blue. The ED staff rushed out, put him on a gurney, and wheeled past me. I saw he had been shot in the chest.

“Get surgery staff down here stat,” I told Gloria as I followed the patient into Trauma Room One. We lifted the boy onto an OR table and cut off his clothes. I felt a weak pulse.

“Can’t get a blood pressure, Doc,” said a nurse.

Five bullet entry holes formed a halo around his left chest, blood gushing out with each labored breath. I saw two exit wounds in the back. At times like this orders were unnecessary. The team knew what to do. Nurses inserted large bore IV tubing into veins to infuse saline and blood, the ER physician placed a breathing tube into the trachea, and a respiratory therapist squeezed a breathing bag.

As Gloria opened the instrument pack, I donned a surgical gown and gloves, splashed antiseptic onto the boy’s chest, grabbed a scalpel from the pack and opened the left side of his chest. A surgical nurse arrived to assist. We inserted a rib spreader and suctioned blood from the chest cavity.

Incredible as it was, his heart was still beating. I cupped my hand over the holes to reduce the bleeding. I then mounted the gurney and straddled the boy to get in a better position to see and to sew. I inserted my thumb into the ventricle hole, and my middle and ring fingers into the atrium holes, as one would into a bowling ball.

“Long needle driver and 3.0 Prolene,” I said extending my right hand. Only one pair of hands could fit through the narrow incision.

“Extend the incision,” I said to another surgeon who had just arrived. “I’m going to place a purse-string around each finger, then you tie the suture,” I said. “That’s all we can do.”

I struggled against a beating heart to place the sutures, trying to avoid puncturing my fingers with the needle. My heart sank as I placed the last suture — his heart had stopped. We began the usual resuscitative measures — electrical shock, heart massage, direct drug injections. I knew he was dead, as did others in the room. But what the mind knows the heart sometimes cannot accept, and we continued these efforts. When the anesthesiologist said, “Pupils are fixed and dilated,” we knew it was time to stop.

I removed my gloves and blood soaked gown, and stared at my street clothes and shoes, also soaked through. I put on another gown and covered my shoes with booties in order to not shock whomever was waiting for news. We know that death from an injury like this is inevitable, but it’s impossible to wholly let go of the notion that perhaps, had something been done differently, the patient might have survived. If only there had been a heart-lung machine in the room … .

The most difficult task a surgeon faces is to inform family members that a loved one has died on the operating table. To witness the shock, pain, suffering and sorrow of those who have just heard they’ve lost a beloved family member is indescribably sad. It matters not that death resulted because of a gang shooting. Only death matters.

“The Gomez family is waiting,” Gloria said. “They don’t know.”

Through the waiting room door’s window I saw the boy’s mother and father, and three sisters, huddled together holding each others’ hands. A parent’s worst fear is to lose a child. I entered, pulled up a chair and sat with them. Their eyes were red and moist. I took the mother’s hands in mine. Her face was wet with tears.

Her body shook and she cried. She leaned toward me for support. “No, no, no, no. Oh, Dios mío! No. Not my boy, not my boy. Mi niño pequeño.

“He was a strong boy, but his injury was too big,” I said.

“Why, doctor? Why did God let this happen?”

“I don’t know, Mrs. Gomez. I can’t answer that question.”

Then, as if by cue, the hospital Chaplain entered. He embraced each member of the family, speaking words of condolence I had heard too many times.

I sat with them, waiting to answer questions. But they asked none. The shock seemed too intense, the grief too profound. I knew the emotions that would follow — disbelief, anger, hostility. The parents would feel self-reproach. They would feel guilt because they didn’t or couldn’t protect their son.

The Chaplain led Victor’s family to an adjacent prayer Chapel. I remained in the empty room, my head in my hands, my heart filled with sadness. Tears formed and slid down my cheeks. One never becomes inured to the pain and sorrow death leaves in its wake. Victor, like others before him, and others to follow, would leave a footprint in my heart. I walked back through the ER toward the locker room.

“Sorry, Doc, that was a tough one to lose. You did the best you could,” a nurse said.

“It was a lethal injury. No one could have saved him,” the anesthesiologist said.

They were right of course. The only reason Victor survived his trip to the hospital was because he was young and strong and in perfect health. One bullet in the heart may be survivable, but to survive three is a rarity. Everyone deserved praise for trying so hard to save Victor, and I thanked them.

I left for the locker room to shower, to change into clean scrubs and to call home. My family was waiting for me, in that other universe. The sorrow I felt would change to joy, to gladness and most of all to profound relief that they were there for me to love.

A Conversation with Dr. Conti

On the genesis of this piece

The teacher in my Creative Writing class gave us an assignment to write a story, fiction or nonfiction, about an event so profound that one remembers it often.

The first assignment my English 101 college professor gave us was to write a short story. I’d not written one before. This was memorable for me because one week after submitting the story to him, he called me to stand in the front of the class to read aloud the first paragraph of my story. I was, of course, anxious and expecting criticism, as I’d never written fiction before. However, after my short recitation, he turned to the class and said, “Class, that’s how you begin a short story to grab a reader’s attention.” One of my proudest moments.

My first published works in Sacramento include an essay (“Topping God”) and a eulogy for my Dad (“A Splinter Under his Nail”) I wrote for the SSVMS journal. I have since written over 130 short stories (which I’m collecting into an anthology for publication), and am in the process of writing both a memoir and a novel.

On writing and medicine

Writing is one of the best ways we as humans communicate with each other. Learning to write concisely fine-tunes communication. In Medicine, speaking and listening are paramount to understanding, both doctor to patient and doctor to doctor. I can remember, many times in my career listening to one of my colleagues talking, but not communicating, with a patient. Too many physicians and healthcare workers use medical jargon, much of which is unintelligible to the average patient.

I will soon be retiring from my surgical practice after 32 years, having had over 32,000 patient encounters (I’ve kept a computer database — which I designed and wrote the code for — that contains every patient encounter in my practice since 1981).

My wife and I are moving to Tucson, Arizona. I will continue writing fiction and perhaps do some journalistic muckraking. I may also seek a position teaching anatomy in a local community college, an appropriate cap to my career, given that I started my career as an assistant professor in the Department of Surgery at the UC Davis School of Medicine in 1977.

Sebastian Conti, MD is a Vascular Surgeon and professor at the UC Davis School of Medicine.

Musings On The Art Of Medicine 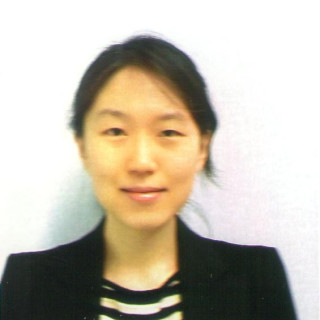 Thinking About Long-Term Treatment at ASH 2018

6 Steps to Choosing a Specialty, from First to Fourth Year