Would You Be a Pharmacist Again? Retail vs. Clinical Pharmacy 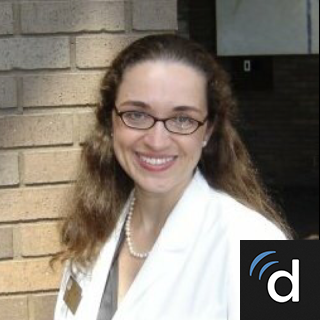 “If you could do it again, would you want to be a pharmacist?” asked a member of a large pharmacist group on Facebook of which I am a member. The question is a frequent one in these kinds of groups, and this time it garnered almost a hundred responses, of which one pharmacist’s answer of “Never Ever Ever!!!! Run Run Away!” was typical.

Perusing the answers, I found that many cited situations specific to their employment in community (specifically retail) pharmacy: increasingly burdensome corporate metrics; having retail store managers instead of pharmacists as their bosses; their employers seeing patients as “customers” instead of … well, patients; rude patients; rude providers; being seen as ‘fast food’ workers; decreasing pay and benefits; 12+ hour shifts on their feet with no break, etc.

Another common theme, specific to the retail pharmacists, was a wistful, “I wish I had done a residency.”

Conversely, very few pharmacists who appear to have completed a residency and were now working in non-retail practice sites appeared to have responded that they too regretted their career choice. I’m one of them: many of us in clinical pharmacy are extremely happy in our profession. In order to obtain our positions, on top of our PharmD degrees many of us are required to complete the aforementioned residencies. In that regard, “residency” has become synonymous with “clinical pharmacy.”

Pharmacy residencies typically last one to two years, and are generally accredited by the American Society of Health-System Pharmacists (ASHP). Pharmacy residencies undergo a similar ‘match’ process to medical residencies, however, only 67 percent of pharmacy residency applicants will successfully obtain a residency, as there are more applicants than positions according to ASHP data. Pharmacy residencies hone and increasingly specialize the clinical skills of their matriculants, with budding clinical pharmacists spending their postgraduate residency training focused on the intricacies of pharmacotherapy in cardiology, critical care, geriatrics, infectious disease, pediatrics, organ transplant, and neurology, among other fields. This prepares the residents to work alongside medical providers in a variety of clinical fields, helping them to optimize patient pharmacotherapy based on specific patient and agent-related variables. Although little public data exists regarding where residents practice after completing their programs (this data, however, is often tracked by individual institutions), empirically many residents are able to obtain clinical jobs in a hospital or ambulatory care environment. In these settings, they may round with medical teams, have face-to-face appointments with patients, and do very little (if any) medication dispensing. In that regard, the professional life of a clinical pharmacist veers widely away from that of a retail pharmacist immediately after graduation from pharmacy school.

Retail pharmacy nonetheless remains the primary bastion of pharmacy employment, with 58 percent of pharmacists practicing in that sector according to 2018 data from the Bureau of Labor Statistics. However, this is not necessarily reflective of students’ goals in school. According to 2017 data from the American Association of Colleges of Pharmacy, only 43 percent of 2017 pharmacy school graduates actually had a plan to go into retail pharmacy following their graduation. Commensurate with this, the number of applicants to pharmacy residency programs has increased steadily over the past decade, with the increasing number of residency programs not able to keep up with the demand. This has left an increasing number of unmatched applicants in the position of either attempting to compete with established pharmacy clinicians and residency graduates for open clinical positions, or going into retail pharmacy.

Those numbers are daunting, and lead pharmacy students to begin preparing for residencies earlier and earlier in their pharmacy school curriculum. Some pharmacy schools, including my own alma mater, have even launched classes in residency preparation over the past several years, attempting to give their students a leg up over the competition. Students know what programs are looking for, and residency-minded hopefuls scramble to attempt to gain experience in clinical research, author a publication, give a poster presentation at a national meeting, work outside school, participate in student government, demonstrate dedication to furthering the pharmacy  profession, and contribute to community service, all while maintaining a strong GPA.

I was one of those aforementioned students. Even as a first-year pharmacy student I had begun to hear tales of retail pharmacists, and it scared me. Therefore, I set my sights on residency. I worked hard to secure clinical internships, awards, and hit all of the checkboxes to get an advantage in the residency process. It worked out well for me, for which I am eternally grateful: I matched with my program of choice, and as a result I now have a clinical job I love.

However, I’m still saddened when I observe the wide (and seemingly growing) chasm between retail and clinical pharmacy. My clinical colleagues and I have been fortunate in our career path, while too many of my retail colleagues labor under conditions that make them regret their profession. Clinical pharmacists generally do not liken themselves to being treated like fast food workers, and are not timed on how long they spend on each prescription. Clinical pharmacists are generally not forbidden a stool or a chair to sit down during the day. Clinical pharmacists are not written up for not escorting a patient down an aisle to show them where toilet paper is located. All of these have happened to my retail counterparts, a state of affairs that is unimaginable for any other medical professional, no matter the field.

If I could do it again, would I want to be a pharmacist? Yes, but only if I could be assured of ending up back in clinical pharmacy. I can understand only too easily why so many of my retail colleagues want out.

Read The Biggest Challenge in Gastroenterology? Keeping Up

The Biggest Challenge in Gastroenterology? Keeping Up

Mar 27, 2018 Link to The Biggest Challenge in Gastroenterology? Keeping Up

Technology for the Masses: The Promise of Flash Glucose Monitoring

Nov 2, 2018 Link to Technology for the Masses: The Promise of Flash Glucose Monitoring