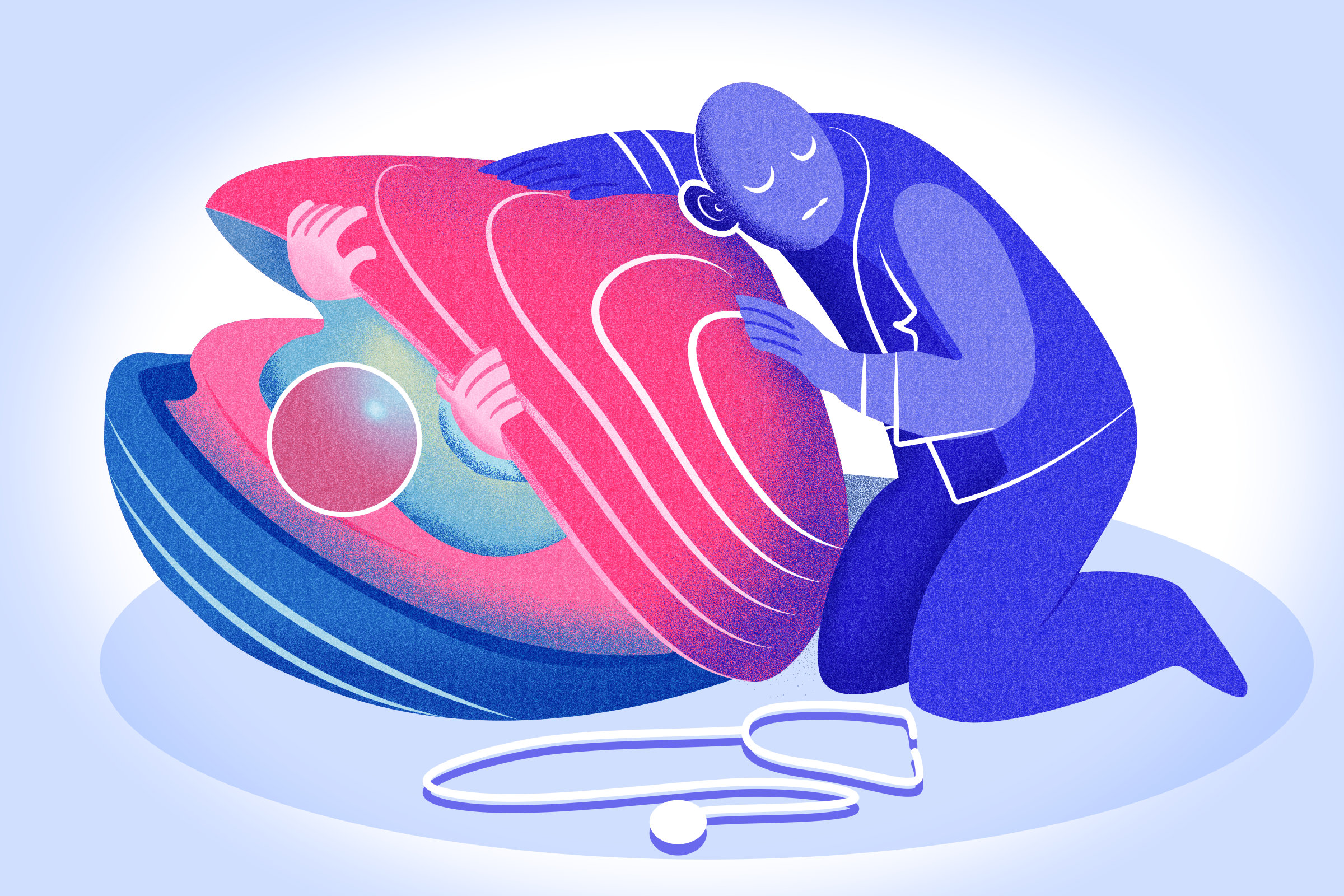 My patient was in his room, watching a cartoon with his hands behind his head. It surprised me how a thought like suicide could have occurred yesterday to someone who looked so composed today.

The gangly 16-year-old boy walked with an adolescent unsteadiness, he was not yet grown into his hands and feet. We sat down in an evaluation room with tall windows that opened into the unit, and he studied his peers as I retrieved my notebook. With reticent patients, I sometimes begin by reporting the history of their present illness to them and asking for clarification on anything I got wrong. I find that it helps them to hear their account concisely — with a beginning, middle, and end — and that there is order underlying even the most overwhelming chaos.

Jacob listened as I recounted — he had lost his older brother to suicide a month ago. His family had appeared to gracefully emerge from their grieving process by way of the assurance their faith gave them that his brother was in a better place. Meanwhile, this closure eluded Jacob, and he attempted to take his own life the day before by hanging himself from a door hinge.

“Is there anything I’m missing?” I asked.

“I just thought I might see him again.” Jacob turned from the window to face me. “Do you know if there is an afterlife?” he asked.

In the acute psychiatric setting, we so seldom have the opportunity to engage in the kind of meaningful dialogue we may wish for our patients. Similarly, in outpatient care, because we see our patients so infrequently, it may seem difficult to string a therapeutic narrative between encounters, delegating this work for subsequent appointments with counselors and therapists that seldom extend beyond the first session.

Nevertheless, it frightened me to answer Jacob’s question for reasons I had difficulty identifying. I confessed that I did not know if there was an afterlife. He looked on with disarming sincerity. I added that while we may never know if he will ever see his brother again, there are ways to bring him back into Jacob's life by embodying what was best about him. We talked about the science behind peak experiences of the mind. I explained how, with practice, he could learn to meditate, accessing some of the mental states he had trouble accepting from ritualistic or religious ontologies. He was enchanted by the ability to transcend the medium of subjectivity by noticing that if one looked closely, there is no observer or observed, but rather just the state of observing. I shared with him that this process is called vipassana, a meditation style that can produce a depersonalizing state of mind that helps us interrogate our impulses rather than immediately acting on them.

While I was most self-conscious of my elocution of these subtle ideas, Jacob later expressed to me that the most important thing I gave him was honesty, and that receiving permission to feel all the doubt that he was holding back, the grief he was not allowing himself to feel, was all he needed.

Yuval Noah Harari writes in “Sapiens” that mental health care providers are increasingly filling the societal roles previously occupied by the clergy. However, as a cohort, we are much less comfortable with speaking freely on the subjective vicissitudes of human experience than our saintly colleagues, perhaps because there are no empirical answers. Reflecting on the experience later, I realized that the fear I could not place came from not knowing how to say “I don’t know.” Jacob taught me that sometimes, those are exactly the right words.

Dr. Anand Jayanti is a PGY-2 psychiatry resident working in Tyler, TX. He has interests in narrative medicine, psychotherapy, and poetry.