Women Urged to Take the Lead at AACE 2019 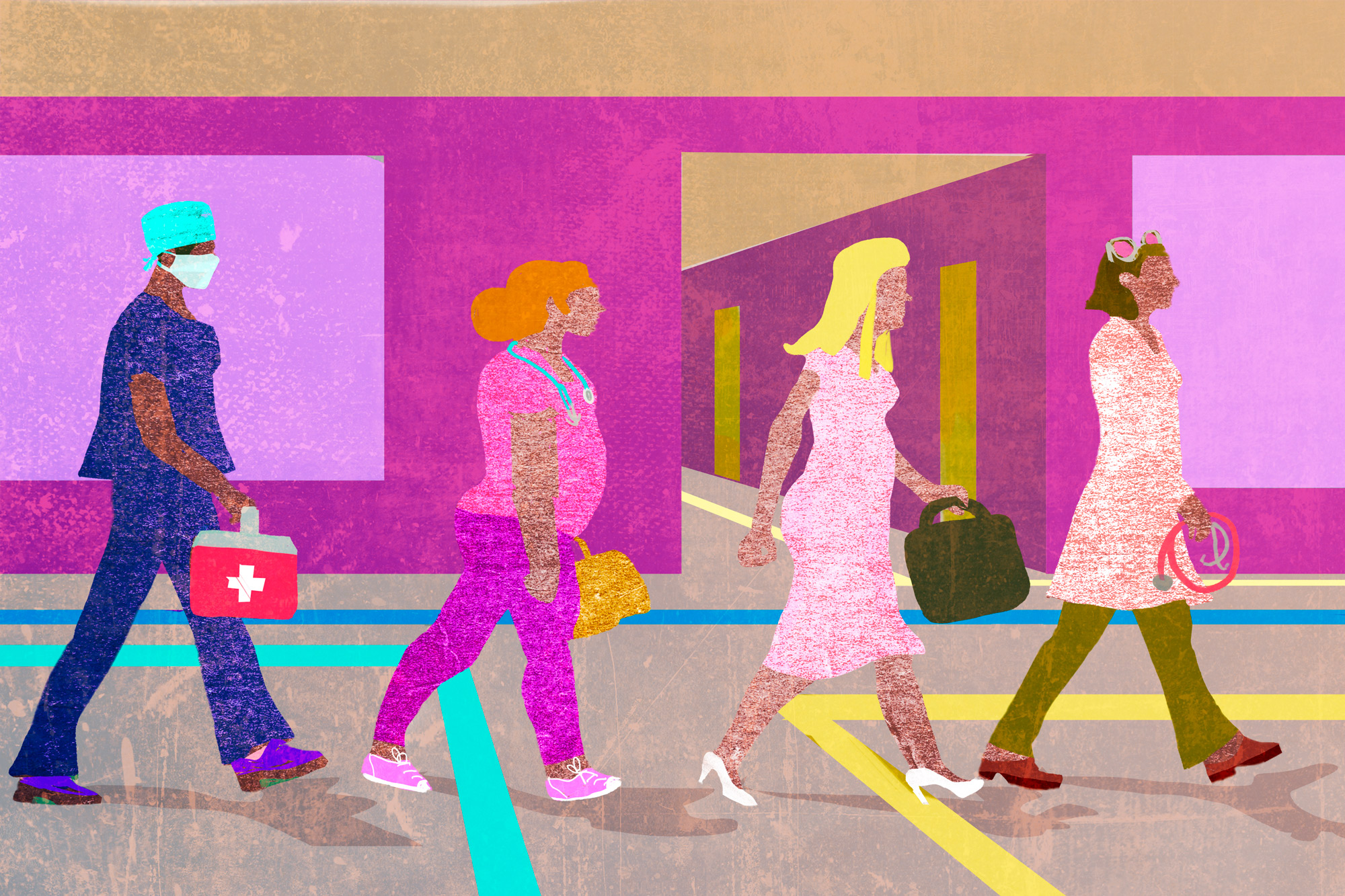 On my way to the American Association of Clinical Endocrinologists’ conference (AACE 2019) in LA, I watched “The Wife,” a movie based on the novel by Meg Wolitzer. A poignant moment in the movie occurred when the King of Sweden asked the wife: “Do you have an occupation?” and she answered “I do. I am a kingmaker.” Why did she stay in the shadows for such a long time? Throughout history, it had been quite the norm for women to take the passenger seat to their spouses’ aspirations and even conceal their true gender in order to succeed. Amantine Lucile Aurore Dupin, more famously known as George Sand, was one of the many French women of the 19th century who chose a male “nom de plume” at a time when her contemporary male writers like Victor Hugo and Honoré de Balzac proudly used their own name. Despite the feminist movement in the twentieth century, women have yet to earn their position in the workplace. In “Lean in: Women, Work and the Will to Lead,” Sheryl Sandberg, COO of Facebook, describes the gender disparities reflected in our modern society. Part of it is the society’s perception of women in the workforce and part of it is lack of self-advocacy, and support in the workplace. Dr Catherine DeAngelis, the first woman editor-in chief of the Journal of the American Medical Association and author of “Pursuing Equity in Medicine” urges women to be resilient.

Women in medicine (WIM) and gender disparity have been a recurring theme at national conferences, on social media, as well as institutions across the country. This subject was also highlighted at the 28th annual AACE meeting. A special Women’s Leadership dinner hosted a wonderful group of aspiring and inspiring physicians: women, wives, mothers, daughters, as well as supportive male colleagues, all eager to make a change that starts today. Dr. Julie Silver, Associate Professor of Medicine at Harvard University, was the keynote presenter with a thought-provoking message highlighting gender disparity in leadership. Dr. Silver shared data on women in medicine and more precisely on physician women in leadership positions. In medical school, women constitute roughly half of medical students: the problem does not lie in the pipeline.

Yet, as we approach the higher scales of the leadership ladder, severe attrition occurs and we are struck by the reality that only 15 percent of women are chairs or deans. In her inspiring talk, Dr. Silver advocated for a “Top Down Approach” that begins with leaders prioritizing gender equity which will foster a more equitable work environment and allow women to focus on work, patient care and research. She contrasted this to the “Bottom Up Approach” that starts with women conducting research on disparities, hence losing time and money in an attempt to prove that change is needed.

She also emphasized addressing macro-inequities of pay and promotions, as well as micro-inequities that foster discrimination. Women are still underrepresented on journal editorial boards, medical societies leadership, awards nominations, award recipients as well as writers of clinical practice guidelines. Social media, universities, hospitals are starting to build systems and resources to promote women’s professional advancement while helping them maintain work life balance. Is this enough? Lack of institutional time and support, experience and mentorship remain the main barriers for the progression of WIM into leadership positions as recently published by Dr. Silver and her colleagues. (1) While women may have come a long way since the 19th century, there is still a lot to travel on the road to equity. As women, we should work together to step out of our comfort zone — out of the shadows — and continue to advocate for ourselves as well as one another. Institutions and societies should embrace WIM, empower them, and provide them with a supportive environment that allows them to forge their paths and grow professionally.

Read Before the Computer, the Patient

Before the Computer, the Patient

Read Saving Those Who Save Others
Link to Perry Lin, MD's page

Saving Those Who Save Others