Why I Participate in World Benzodiazepine Awareness Day

The third annual World Benzodiazepine Awareness Day (W-BAD) will occur on Wednesday, July 11, 2018. This is my second year being involved as both a physician and patient who was injured by benzodiazepines. Unlike more readily identifiable awareness campaigns, such as the pink ribbon for breast cancer, many in the medical community have never heard of this important initiative. That needs to change, so I am formally introducing you to W-BAD and sharing why I participate.

W-BAD is a global, patient-led initiative that was founded by two activists and survivors of benzodiazepine injury. Through their similar experiences, they recognized the need for greater awareness and research about this important topic. The first annual W-BAD was launched on July 11th, 2016. The date was chosen specifically to honor Professor Heather Ashton for her many contributions to the benzodiazepine cause, as July 11th is her birthday. Dr. Ashton ran a benzodiazepine withdrawal clinic from 1982–1994 in the U.K. and published over 50 scientific papers and books on the subject of benzodiazepines during her career. The Ashton Manual, the culmination of decades of work, is still used today as a guide for patients wishing to taper off their prescribed benzodiazepines as well as medical practitioners.

W-BAD exists to raise awareness about the worldwide epidemic of prescribed physical dependence to and iatrogenic injury from benzodiazepines. They espouse the following basic principles:

Further details can be found here.

On July 11th, benzodiazepine-injured patients and their friends and family members unite to tell their stories and spread awareness about the dangers of these drugs, even when taken exactly as prescribed. There are numerous ways to participate. For the sickest individuals it may be as simple as a written testimony or a YouTube video. Others who are more able might hand out informational pamphlets or organize public events in their area. In addition to the U.S., there have been events held in the U.K., Japan, France, and Denmark. Many of these efforts from previous years can be found on social media under the hashtag #worldbenzoday.

The ultimate goal of the day is for activists to band together, reducing the stigma that surrounds this iatrogenic injury and encouraging more people around the world to tell their story. This is done with the hope of effecting change and preventing others from experiencing avoidable damage from these drugs. Finally, W-BAD is much more than just a day; the organization stays active spreading awareness on social media year round. Their website also holds a wealth of information useful for both patients and prescribers.

I participate in W-BAD because my life and my family have been profoundly affected by these drugs. After becoming ill from prescription Xanax and participating in online support forums, I met thousands of others who had been impacted in the same way. In 2016, I felt compelled as a physician to share my story with the world and wrote an open letter to the medical community, which has been shared by many patients with their providers and translated into several languages. I subsequently became involved in advocacy, as I felt strongly called to represent the tens of thousands worldwide who, like me, were also injured by these drugs. In April 2017, I accepted the position of Co-Director at Benzodiazepine Information Coalition (BIC). In that role, and leading up to W-BAD 2017, I helped launch a campaign to assist benzodiazepine-injured residents of the U.S. in completing FDA Medwatch reports.

In support of W-BAD last year, I submitted this video. I felt as ill and hopeless as I looked when I recorded it. Recently, after watching the video again and reflecting on the past year, I realized how much I have grown and accomplished. In that time, I launched a Twitter campaign documenting my Valium taper, wrote several blog pieces geared toward the medical community, supported countless benzodiazepine-injured patients, and have cried with family members who lost loved ones to benzodiazepine-related suicide, all while being ill, caring for my family, and making progress in my taper. I also realized I now have the hope and strength I lacked when I recorded that video. Although I am still sick, there is an endpoint in sight with my taper, I am proud of my accomplishments to date, and I look forward to continued advocacy as part of BIC. As an advocate for benzodiazepine awareness, now every day for me is World Benzodiazepine Awareness Day.

For W-BAD 2018, I will continue to tell my story publicly with the motivation of reducing the stigma surrounding prescribed benzodiazepine dependence and injury. In doing so, I hope to give others the courage to tell their own story. I also want to give a voice to those who are unable to speak for themselves, either because they are too ill or due to other life circumstances. I will also persist in my efforts to educate the medical community and general public about the issues surrounding benzodiazepines, including the need for safe prescribing practices, patient-guided, symptom-based tapers, research into why some patients experience severe withdrawal and/or injury, and in-person support resources for those who have been harmed. To that end, I invite each of you to participate in W-BAD by visiting their Facebook page on July 11th. Please hear the collective voices of the brave and long-suffering benzodiazepine-injured community, and learn from their experiences to apply to your own clinical practice.

Dr. Christy Huff is a cardiologist and co-director at Benzodiazepine Information Coalition. After being injured by a prescribed benzodiazepine, she now advocates for better physician education in the safe prescribing and tapering of these drugs. Follow her tweets @christyhuffMD. She has no conflicts of interest.

Read The Greatest Lessons I’ve Learned as a Paraplegic Doctor 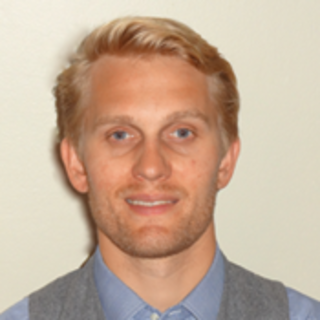 The Greatest Lessons I’ve Learned as a Paraplegic Doctor

Mar 29, 2018 Link to The Greatest Lessons I’ve Learned as a Paraplegic Doctor

Read Navigating the Challenges of Applying for Residency

Navigating the Challenges of Applying for Residency

Aug 13, 2018 Link to Navigating the Challenges of Applying for Residency

Read On Call in Uganda, Where I Removed A Spleen in the Dark

On Call in Uganda, Where I Removed A Spleen in the Dark