Why I’m Surprisingly Hopeful About Healthcare in the U.S. 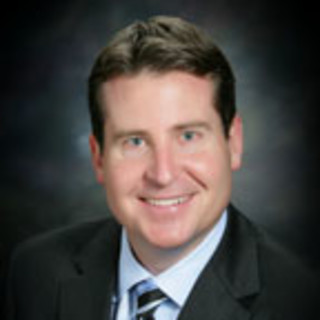 I spoke this week at the annual Georgia HIMSS conference in Atlanta.

I based my presentation on my growing belief that almost every problem confronting the healthcare system today can be mitigated by virtual care.

It’s no secret that the healthcare industry is struggling. Here are just a few growing trends putting pressure on our system:

The number of Americans ages 65 and older is projected to more than double from 46 million today to over 98 million by 2060. Increased life expectancy, while a gift to many families, leads to increasing demands on the existing system.

People are living longer, but they’re not necessarily healthier. The aging population needs to access healthcare resources more frequently, and they often incur greater cost due to sheer volume of doctor’s visits and hospital stays.

According to the CDC, the US spent 3.2 trillion on healthcare in 2015, or 18% of its GDP. We spend more than double the second highest spender, Sweden, which spends only 12% of its GDP. In fact, the average developed country invests just 9% of their GDP on healthcare.

The simple fact of healthcare costs rising isn’t an issue in itself. Yet in a study of 35 peer countries, the United States ranked 29th in infant mortality and 26th in life expectancy. Costs are going up, but quality isn’t. In fact, for the first time in a quarter century, average life expectancy decreased in 2015. We are spending billions more on healthcare each year, and drastically underperforming in quality of care.

It’s a mobile world out there. The Pew Research Center found that 77% of Americans own a smartphone. That number skyrockets to 92% of Americans age 18–29. As a result, people are growing more and more accustomed to using their services on a mobile device. At midnight, I expect be able to order a pizza, deposit a check, and stream my favorite album — all at the same time, all on one device.

This shift towards on-demand services clashes with the reality that the average wait time to see a primary care doctor in the U.S. is 29 days. The vast majority of Americans carry powerful computers in their pocket, and they expect to be able to use them.

The personal cost of healthcare is being squeezed in two directions: First, insurance companies are shifting towards high-deductible plans. In 2016, 83% of workers had an insurance deductible. What’s more, the average deductible has increased 49% since 2011.

Consumers are being forced to spend more on out-of-pocket healthcare expenses than ever before, which brings us to the second factor: for most US workers, real wages have been stagnant, or even decreasing, for decades. The average family spends $10,000 in coverage alone, and often closer to $20,000 if they’ve met their deductible. Census data tells us the median family income in 2016 was just over $59,000. That means the average family spends a third of their income on healthcare expenses. It’s just not sustainable.

The American Medical College Association predicts a 90,000 doctor shortage by 2025 — eight short years away. The source of the problem is straightforward: we haven’t expanded the number of medical school slots or residency positions to keep up with the growing population. As it is, doctors are overworked, and thus unable to provide the quality of care they’d like to. If we continue at this rate, that problem is only going to get worse.

The cracks are where the light comes in

So the population is aging, and healthcare is simultaneously getting more expensive and less effective. Consumers are increasingly cost conscious, while having higher expectations for accessible and mobile services. To top it all off, this growing demand is met with a decreasing supply of doctors.

To put it frankly, the healthcare system is being squeezed in every direction. And it’s starting to crack.

And that’s a good thing.

Can I tell you I have never had so much hope as I do right now? The same cracks that are threatening to break the system are actually opportunities to innovate and change the game for the better. We are at a point where there is no other option but to rethink the status quo, and as someone who is always analyzing how to improve things for the better, this is a very exciting time to be in healthcare.