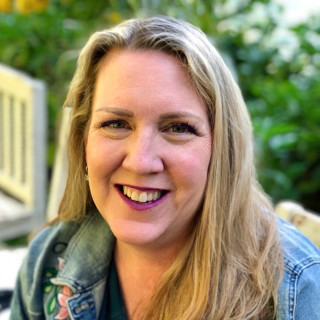 “I want my tubes tied and you need to do it now.”

As Americans, we want what we want when we want it. Give us one-click, same-day delivery or we’ll scroll right past you. I get it. My morning careens off track when our local coffee house takes an extra five minutes to steam my tall skinny cinnamon dolce latte.

Still, when a young patient, say, a 23 year-old graduate student with no children, sits in my office demanding permanent sterilization, I hit pause. Discussing surgery with me will never be like ordering from a drive-through. Surgeries have lifelong consequences and sometimes serious complications. I am not a barista.

I get paid for performing tubal ligations. If I only cared about what’s in it for me, I’d schedule surgery for everyone who asks. I don’t.

Medicine is not one-sterile-glove-size-fits-all. My patient is the expert on her goals and plans for a family. I am the expert on surgery, both the technical skills and when it should — and shouldn’t — be performed.

When my patient declares she never wants to have biological children, I believe her, but I ask questions. We all believe things about ourselves that may not be true in a year or a decade — ask anyone who has made a New Year’s resolution, or been through a divorce.

Autonomy may be the marquee American value, but even in our country, it has its limits. During the sub-prime mortgage debacle of 2008 and 2009, “only” 14 percent of all mortgages collapsed, according to a 2009 analysis by the Mortgage Bankers Association — many fewer than the percentage of young patients who regret tubals. The U.S. government stepped in to protect us from this disastrous lending practice. Surely fertility deserves as thoughtful consideration as homeownership.

Life is unpredictable. Sterilization is permanent.

Our country has a recent, ugly history of forcing women to be sterilized. Women who were poor, in prison, mentally ill or “undesirable” (in the doctor’s opinion) could be strong-armed into surgery. Many women (including me) became doctors to counter that misogynistic tradition. We all deserve autonomy over our bodies and our decisions.

However, coercion should not go either way in the doctor-patient relationship. My patient cannot demand I perform a procedure on her against my better judgement. She needs my expertise to interpret the ocean of medical and surgical data out there and how it applies to her. The emerging childfree movement wants a woman’s choice not to have children respected, which seems to mean unquestioned. That’s dogma, not partnership and serves no one well.

The best data we have on permanent sterilization comes from the Collaborative Review of Sterilization (CREST) study (Peterson HB, Xia Z, Hughes JM, et al. The risk of pregnancy after tubal sterilization: findings from the U.S. Collaborative Review of Sterilization. Am J Obstet Gynecol. 1996;174:1161–1170). Centers for Disease Control researchers tracked 10,000 women for 14 years who were sterilized. The data showed 40 percent of women who were under 25 years old at the time of the procedure later regretted their choice.

Still, household appliances and bad hairstyles can be fixed. They are not permanent, life-altering decisions. A surgery that 40 percent of my patients will come to regret is not one I’m willing to perform very often.

What’s the harm in my patient delaying a final decision for a few years? The incidence of regret plummets by the time a woman reaches her 30s.

If my patient needs an expert on delayed gratification, she has one sitting in front of her. Doctors miss holidays, vacations and family celebrations for a decade to study medicine. We put off having our own children so we can spend 80 hours a week training in the hospital.

Moreover, a tubal ligation is not the most effective form of birth control for a woman under 25. Long-acting reversible options (contraceptive devices in the arm or the uterus) work better in young women.

The CREST study found that 18 women out of 1,000 can get pregnant after a tubal ligation, even up to 10 years later. Turns out those pesky fallopian tubes try to get back together more often than Selena Gomez and Justin Bieber.

Still, my patient might not like any of the reversible contraception options available today. She may feel they are not “natural” or worry about the risk of cancer.

We’ll discuss all of her concerns. The risks are real but different for each woman. Some birth control methods are hormone free. Some can prevent cancer, endometriosis and other problems.

After a discussion tailored to my young graduate student, we’ll make a plan together. My duty is to serve her well, both today and for all the decades to come. Every woman deserves access to quality, affordable health care and surgery when necessary. She also deserves a doctor who listens and tells her all the facts — even the ones she doesn’t want to hear.

If there was a drive-through for America, that’s what I’d order.

K M Walker, MD is an Obstetrician trained at Johns Hopkins, currently practicing at the Cleveland Clinic. She is the mother of 15 year-old twins.

This post was previously published at Women In The World.

Kristin Dean, MD and 1 other

How to Say 'No' to Antibiotics

Doctors and the NRA: 'We Must Stand Up'

Remembering Residency as an Attending