Why Gun Safety Is a Pediatrics Issue

Gun safety remains an important topic with AAP and at the 2017 National Conference was highlighted by plenary sessions as well as in several research abstracts. Doximity interviewed the national experts on pediatric implications of firearm safety.

The cause of death differs depending on the community and the State. Overall a little over 50% of all deaths are related to homicides about 40% are related to suicide and the rest are related to unintentional injury or other causes. This varies dramatically from state to state. Some states like Montana, Idaho, Alaska have very high rates of suicide particularly in older children.

Monika Goyal, MD: So, what we found was at the northeast region which has the strictest gun laws had the lowest rates of emergency department visits made by children for firearm related injuries. Conversely the South, which had the least strict gun laws, had the highest rates of visits made by children to emergency departments for firearm related injuries.

Nina Agrawal, MD: They wanted gun safety education. 96% wanted their doctor to provide that education and being provided the education made them feel significantly more comfortable in asking if there’s a gun where their child plays.

The A.S.K. campaign stands for Asking Saves Kids and it’s promoted by the American Academy of Pediatrics. We’re not asking about ‘Is there a gun in the home?’ We’re saying ask if there’s a gun where your child plays. So, it may not be their home. In an urban environment it may be the street, a basketball court. In the Bronx, we have kids that are caught in crossfire or it could be at a neighbor’s home or a family member’s home.

J. Gary Wheeler, MD: The best rule of all is not to have any firearms in the home. We know that when that’s the case that there’s very, very low rates of homicide and suicide that occur. If because of cultural reasons or other reasons a family needs a firearm in the home — and this is a legitimate issue for many people. There are poor folks all over this country who depend on hunting to put food on the table or they depend on it for self-defense if they live in rural areas and there’s no question that those people have to have those weapons there. And for them, and everybody else we recommend that guns be stored safely.

That means that they be locked up without any ammunition in them and that the ammunition be kept in a separate location.

Read “I’d like to See the Male, Silver-Haired Attending, Please.”

“I’d like to See the Male, Silver-Haired Attending, Please.”

Read The Scourge of Pelvic Pain 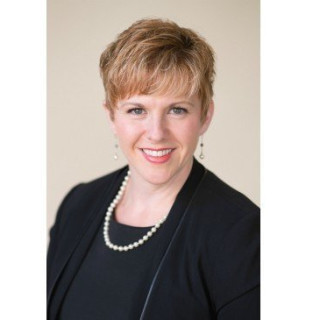 The Scourge of Pelvic Pain