Why Doctors Should Be Online

The art of communication isn’t always taught in medical school (especially back in the day when I was a student). We are taught how to take a history, but what about communicating a diagnosis with a patient, or even with the public? It’s not as easy as it looks. My post on the phrase “just a virus” is a prime example of the variability in how doctors communicate. The way a physician discusses a diagnosis, treatment plan, risks versus benefits, and potential outcomes is different for each doctor, and this can really have an impact on patients. A patient’s trust and confidence in their physician can vary depending on how they are communicated with, or at least how they perceive that communication.

Now that we have the digital space where anyone and everyone gives and receives information, the importance of communicating effectively and accurately is more important than ever. Furthermore, a physician’s presence in the digital space can have a large impact on his or her reputation and practice — both positive and negative.

As I am now six years into Twitter and over three years into my blog, I have a lot of reflections on HCSM (Healthcare Communication and Social Media). It has been an amazing learning experience, and very humbling one. My hope is that this post will help physicians young and old get into the digital space in a way that enriches their lives and helps patients.

Being online gives doctors a chance to build a brand so that patients can easily find them, educate and counteract misinformation, and advocate for their patients. Branding may not be everyone’s intent, but after years of being quoted by journalists (who found me on Twitter), in addition to my own accounts and blog posts being in cyberspace, I now routinely gain new patients who found me online. For many, just being able to speak out when new treatments or concerns become hot topics is enough of a reason to have a voice.

The Impact and Power of Social Media

One thing I can say for doctors on Twitter: they are a powerful force. And that’s not even coming from every doctor in the country! Imagine if every pediatrician had blog posts and Twitter feeds giving evidence-based advice. How much would that drown out the anecdotes and fear mongering? How much time would that save in the office if a Google search only provided accurate information on a medical topic? Take for example the Disneyland measles outbreak in early 2015. Yes, my tweet was the first tweet about the cases (you can read more about that here), but there was also a very loud and powerful outcry from pediatricians about the importance of vaccination. Over 650,000 tweets mentioning vaccinations were sent between February 1 and March 9, 2015. Furthermore, two members of the American Academy of Pediatrics decided to have a “Twitter storm” on February 6, 2015 under the hashtag #MeaslesTruth to highlight how dangerous the infection is. Symplur noted that not only were there thousands of tweets during the Twitter Storm, but the impressions were through the roof. That’s powerful!

In the past two years, I have noticed that physicians are also a powerful political force. When policy is introduced that will harm patients, doctors with an online presence have spoken up and made a difference. Social media has created a whole new tool to connect with representatives and let our voices be heard. Many professional organizations, like the American Academy of Pediatrics, have jumped on board and organized quotes and videos by their physicians to disseminate as well.

Protecting Yourself as a Physician Online

It’s important for healthcare providers to be online, but it can be a scary place. One error can make a big difference for a physician or an organization. But it can be a lot of fun too, so don’t be discouraged!

When physicians decide to have an online presence, the first thing they need to do is to understand who they want to be, how they want to portray themselves, and who their intended audience will be. They need to understand the policies of their employer, place disclaimers in their bios, and be very careful about posting any protected health information. Many physicians opt out of using social media due to fear of saying too much, damaging their reputation, or causing someone harm. These and the time it takes to get involved.

Many physicians stick to posting only medical information and don’t get very involved with conversations. That’s helpful from the standpoint of providing healthcare-related information, but is not very social. Over time, you might find that you connect enough with colleagues on Twitter that you actually become friends! This is when many start to let their guard down and show their personalities. I think it’s perfectly OK to have fun, be yourself and tweet about non-healthcare topics that interest you. As I’ve previously written, this is what makes us human and humans are social beings.

One thing that turns doctors off from being online is being trolled by people who will attack them and their message. They will be called a “shill”, their whole profession will be demonized, and will be accused of horrible things. This is definitely a time when less-than-professional behavior comes out from physicians who feel attacked. Some physicians don’t mind arguing online and that is certainly a personal choice. My technique to respond to trolls comes from Kevin Pho of KevinMD. Give a calm, evidence based response and if they keep attacking, end it. Don’t feed the trolls. Twitter has “mute” and “block” options if needed.

Ultimately, I think physicians need to be in the digital space in order to stand out among the many voices that parents and patients hear. For those of us building our practice and hoping to carry our message further, being online can help that happen. Being online can also provide a wonderful network to connect with and learn from. There may be a steep learning curve as you get started, but it can be very rewarding. For anyone interested in getting started, I definitely encourage you to do so. Feel free to contact me with any questions.

ACG 2020: Virtual Connection and Community in the COVID-19 Era 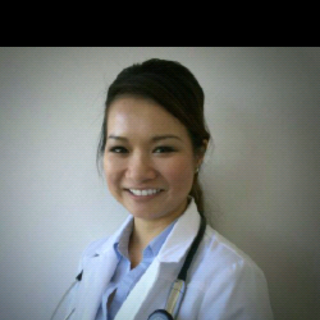 8 Tips for NPs to Avoid Burnout

Read Reexamining How We Connect with Patients

Reexamining How We Connect with Patients

Sep 10, 2018 Link to Reexamining How We Connect with Patients