White Coat Investor on the #1 Financial Tip for Doctors

Dr. Jim Dahle is an emergency medicine physician and founder of the White Coat Investor, a financial advice blog for physicians.

As a physician-in-training, Dr. Jim Dahle experienced difficulties while navigating the seas of personal finance. After being cheated by numerous financial advisors and insurance agents, he decided to take matters into his own hands.

Halfway through residency, Dahle began educating himself and others through finance books and websites.

“I read and read, and after a few years, I realized I was doing more teaching than I was learning,” he stated. “And worse, nobody was teaching this stuff to doctors.”

Frustrated that medical trainees were not formally instructed in personal finance, Dahle was prompted to make a change. And, thus was born the White Coat Investor (WCI), America’s largest and most popular financial advice platform for physicians.

What started out as a few rudimentary blog posts has grown to become a complete “empire,” boasting a website, book, podcast, newsletter, and annual conference. Rather than frugality, Dahle’s main focus for the WCI is practical money management for high-income professionals. He covers everything from student loan and tax issues to retirement accounts and investing advice.

AS: What is one of the biggest problems or mistakes you see physicians making, in terms of personal finance? What is something that you see them struggling with?

JD: The hardest thing for a doctor to do is to navigate the jump from a resident income to an attending income. It can be a 5x jump in income, and that’s really hard for people that received no business or personal finance training in medical school or residency to navigate successfully.

What they end up doing is going into that income too quickly and lose their main method of building wealth. That is probably the biggest problem I see. When you combine that with a dramatically increasing cost of medical education, doctors can get pinched pretty hard. Despite their high incomes, I run into a lot of doctors that are in serious financial trouble.

AS: What is the #1 financial tip you would give to doctors?

JD: The four most important words on my website are “live like a resident.” What I mean by that is, when you finish residency, try to stay as close to that resident amount of spending as you can. When you’re earning like an attending but spending like a resident, you can carve out a huge portion of your income and use it to build wealth.

If you do this for just a few years after residency, you can pay off all your student loans, save up a down payment on your dream house, and catch up to your college roommates in retirement savings. It takes just 2–5 years. At that point, you can live the good life.

The problem is, if you don’t do that, you might wake up 20 years later having barely built any wealth while basically living paycheck to paycheck, despite a very high income.

AS: Most physicians don’t get their first official paycheck until residency. When should clinicians start thinking about finances and investing?

AS: What types of investments should physicians focus on?

JD: The place to start is investing in low-cost, broadly diversified index mutual funds inside retirement accounts. There are lots of investments out there, but I think that’s where everyone ought to start, and that ought to be the base of your portfolio.

AS: Any other advice you would give?

JD: Doctors need to realize that they have a second job. They are in charge of their own finances — it’s not something that can be delegated away. If they ignore that second job, the consequences are not good. I also want to encourage doctors that they can do this. It’s not that hard. It’s much easier than their day job. But, they do have to spend a little bit of time on it and a little bit of effort. They have to learn the language of finance just as they did the language of medicine. 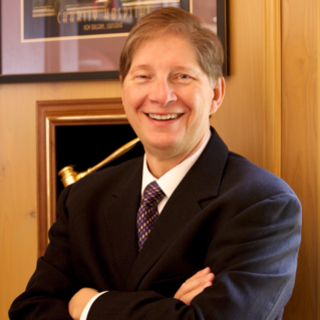 Physicians, Angels, and Crowdfunding in Healthcare

Dec 19, 2018 Link to Physicians, Angels, and Crowdfunding in Healthcare

Read Physician Side Gigs Don't Have to Be Medical
Link to Altelisha Taylor, MD's page

Physician Side Gigs Don't Have to Be Medical