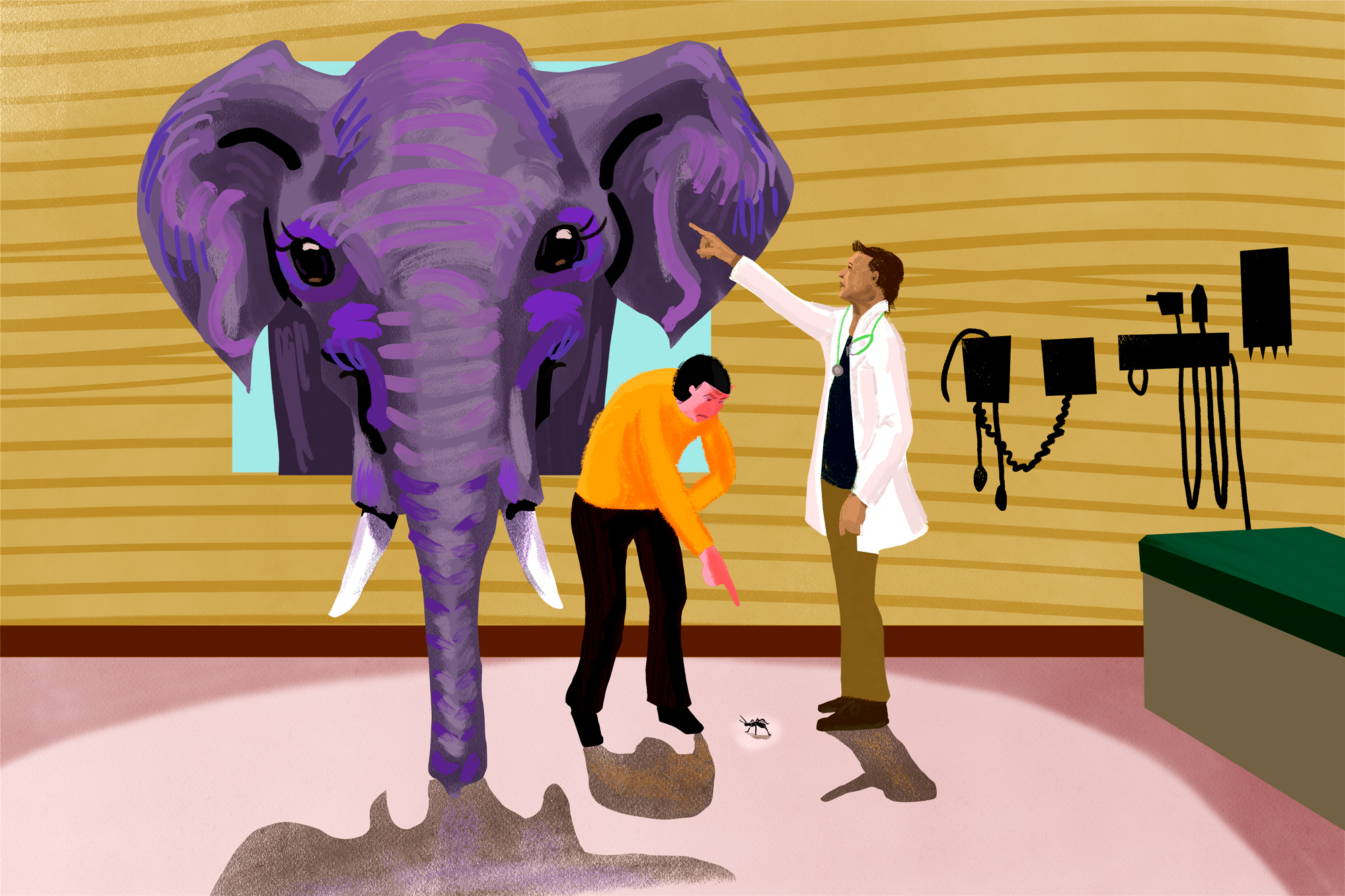 They come to the office in steadfast pursuit of the ill-fated diagnosis. We sent off some blood work. I order a CT of the chest. I discussed with him the possibilities while she shed a tear or two. I could hear them chat after I walked out of the room, almost immediately: “We should prepare for the worst.” He utters that one regret that we often hear, “I should’ve stopped smoking when I had the chance.” Now, faced with the discussion that ensues after the weight loss, the couple of visits, the coughing, and the scant hemoptysis, the insurmountable thrusting into lung cancer came like a forceful wind to the rickety picket fence, topping it over like a piece of straw.

I could feel their anguish. I could sympathize. We are often coerced to be more empathic than anything, to maintain boundaries and to, in some way, not exude an ounce too much of emotion. After all, I’m just his doctor, right? I’m not his friend, relative, or loved one. I mean, we hardly even know each other outside of the habitual three- to six-month visit where I ask the same questions, try to foster a joke or two to put a smile on his COPD-laden face, and refill an inhaler or two. That’s it. Yet, I have no choice but to care more than what the donning of the white coat allows. After all, ain’t I a human? I refuse to take upon myself the denotation of merely “provider,” as if I’m solely giving him something for which he paid. I am more than his “provider” with an occasional capital “P.” I am his partner in health care. I am a person. I am his physician, a human one, who has the endowed ability to feel and show emotion.

We discussed the next steps—a PET/CT, then a biopsy, then oncology with successive deep breaths. It seems that the more deep breaths I take, the easier it is to say, “You have cancer.” “Breathe,“ I encourage myself, as I can see the conspicuous stupefaction, it seems, in his and her eyes, at the news. Why do they look so surprised? I mean, I’ve been telling him for years to stop smoking, even prescribing at times a reasonably effective medication or two, gave him handouts to call the state-based tobacco cessation quit line, and told him to remember his grandchildren that may never know their grandfather if he didn’t stop. He just didn’t listen. Now, I seem more exasperated with each word I speak, with breathlessness between the deep breaths, as I dare break this unwanted news—this bad news. I’ve done it so many times before, but each time seems somewhat harder than the last, and this was worse: all of this, each drop imbibed of this unpalatable and sensibly impolite elixir, was preventable.

For what was only fifteen minutes for what seemed to be three times as long, we discussed this topic, this diagnosis, and the accompanying fears and failures as well as the hopes and healings to take place quite soon. If there is nothing more we have, dear patient, surely we have hope. For there is no hope for the hopeless, but I encourage you to still possess hope, in the face of what is preliminarily appearing to be Stage 4.

Then he looks me in my face, almost staring at me in silence while his wife asks all the questions. I could hear her, but I could only see him in that moment. He says, “What about this toenail issue on my right foot? What do you think we can do for that?”

I looked at him with confusion, with an ounce of dismay, and even with a sprinkling of anger. Could he really just have asked me about a toenail when I just told him he may have Stage 4 Lung Cancer? Really? Contrary to when I thought it would be during the conversation, seems to me the air just got sucked all the way out of the room later than I thought it would be. This is unbelievable. Is he just in denial? Likely, but although I know the stages of grief and coping, I still couldn’t believe it. Surely, I imagined that what we just discussed would consume his mind and soul too much to even ask about what seems to be a very unimportant ailment at this time.

His response: “I have this toenail issue that I wanted you to look at.”

In that moment, part of me wanted to scream loudly, “Enough! Where have you been for the last 20 mins?” Yet, with substantive professional decorum, I said, “Tell me more,” all the while thinking to myself, “Something is wrong here, right?”

Yet, I had to recognize that he was trying to cope. He wanted to shift the topic, because at least he could do that. He has full autonomy. Shifting the topic was likely all that he had at this point. At that moment, I realized that I had no choice but to see, as I considered what autonomous decision he had just made before my eyes, the utter importance in what had just happened and the actions that followed all the more worthwhile.