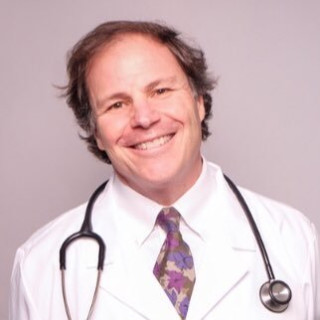 “In the beginner’s mind there are many possibilities, but in the expert’s view, there are few.”

Shunryu Suzuki was writing about Zen beginners and masters, but this concept applies to the practice of medicine as well. Experienced physicians are slow to accept a new paradigm, while medical students and new physicians are more open.

Sometimes, what we ‘know’ to be true is not. Despite clinical trials to the contrary, it took many years to convince physicians to accept that a lumpectomy could be not only equivalent but also superior to the decades-long approach of radical mastectomy. Similarly, it was long known that premature ventricular beats were associated with a higher risk for a fatal heart arrhythmia and therefore it was logical to suppress them. But when a well-controlled study proved the opposite, medicine could not reject a logical but false paradigm.

Another example — it took decades for the medical community to accept the importance of washing hands to prevent disease. Ignaz Semmelweis, a recent obstetrics graduate, showed in 1847 that childbirth fever could be prevented by hand washing. Pasteur developed his germ theory of disease in 1860, and Lister advocated an antiseptic approach to surgery in 1867, yet surgeons did not readily accept hand washing. As late as 1882, President James Garfield died not directly of the assassination attempt but of an infection caused by his doctor’s unwashed hands and forceps.

In 1979, Australian pathologist Robin Warren noticed the presence of an unusual bacterium in ulcer tissues. His colleague Barry Marshall, a general medicine trainee, discovered that these bacteria [later named Heliobacter pylori] were present in many patients with stomach ulcers. Gastroenterologists at the time were quick to debunk their 1984 article in The Lancet . These experts “knew” that ulcers were caused by stress and genetics leading to an acid imbalance.

Even after a frustrated Dr. Marshall drank a “cocktail” of the bacteria and became ill, the medical community remained unconvinced. It was not until 1994, 10 years after the article was published, that the NIH suggested most cases of stomach and duodenal ulcers were caused by H. pylori. Even then, acceptance by the medical community was slow. As historian Daniel Boorstin wrote and Dr Marshall repeated in his Nobel laureate address, “The greatest obstacle to knowledge is not ignorance; it is the illusion of knowledge.”

While experience can prove extremely useful, especially in medicine, it can also blind us to new ideas, even when they are supported with a preponderance of evidence. Semmelweis and Marshall were beginning their medical careers and were not set in their knowledge or thought patterns. Their more ‘expert’ medical colleagues, however, firmly held to their prior experience.

We were recently reminded of this barrier to medical progress when we treated a woman with what appeared to be classic Crohn’s disease (CD). Most physicians believe that CD is an uncontrolled inflammation related to an abnormal immune response of unknown cause. Despite growing anecdotal information that the disease might be triggered or caused by a contagious organism called Mycobacterium avium paratuberculosis (MAP), very few medical experts are willing to consider this possibility. MAP causes a disease called Johne’s disease (JD), a contagious, chronic and sometimes fatal infection of the small intestine in ruminants (cows, sheep, and goats) with many similarities to human CD. MAP enters the milk supply from these animals and is not routinely killed by pasteurization. MAP has been found in numerous patients with CD. There are physicians in various countries that have treated numerous CD patients with antibiotic combinations with substantial success. Admittedly, one randomized prospective trial in Australia did not find improvement with antibiotics, although that study was later severely criticized for study design, analysis and sub-therapeutic antibiotic doses.

Our patient, who had been treated for CD by six experienced gastroenterologists, was still experiencing symptoms after undergoing standard treatment that included multiple rounds of potent immune modulator therapies plus surgical removal of an affected portion of her small intestine. After a serendipitous conversation in which the possibility of MAP as cause or trigger was raised, she was cultured for MAP and empirically begun on a five-drug antibiotic regimen. Nine weeks later her blood culture confirmed she had MAP infection. After 18 months of treatment, she has had a total recovery and has been off antibiotics for nine months without relapse.

It certainly cannot be claimed that MAP is the cause or the trigger of Crohn’s disease based upon anecdotal case reports. Mycobacterial disease is complex, does not always cause symptoms, and often takes a long time to make itself known. Worldwide, over two billion people have the type of Mycobacterium that causes tuberculosis, but only 10 million have active disease. MAP infections are also years in the making; innate immunity, gut bacteria, and genetics likely play a role in whether or not someone develops symptomatic infection. MAP likely also causes diseases other than Crohn’s disease; consider Group A streptococcus, which can be asymptomatic in many people, but cause ‘strep throat’ in others, and lead to rheumatic heart disease or kidney disease.

One might assume that there is enough intriguing information to encourage others to consider the possibility of MAP. Is this yet another example where experts are trapped in dogma that prevents them from abandoning old theories and considering alternative explanations for diseases of unknown cause? We can only imagine the rapid progress that would ensue if more ‘beginners’ were involved in researching Crohn’s disease.

Dr. Oken is Clinical Professor of Medicine at the University of Maryland and a general internist in private practice.