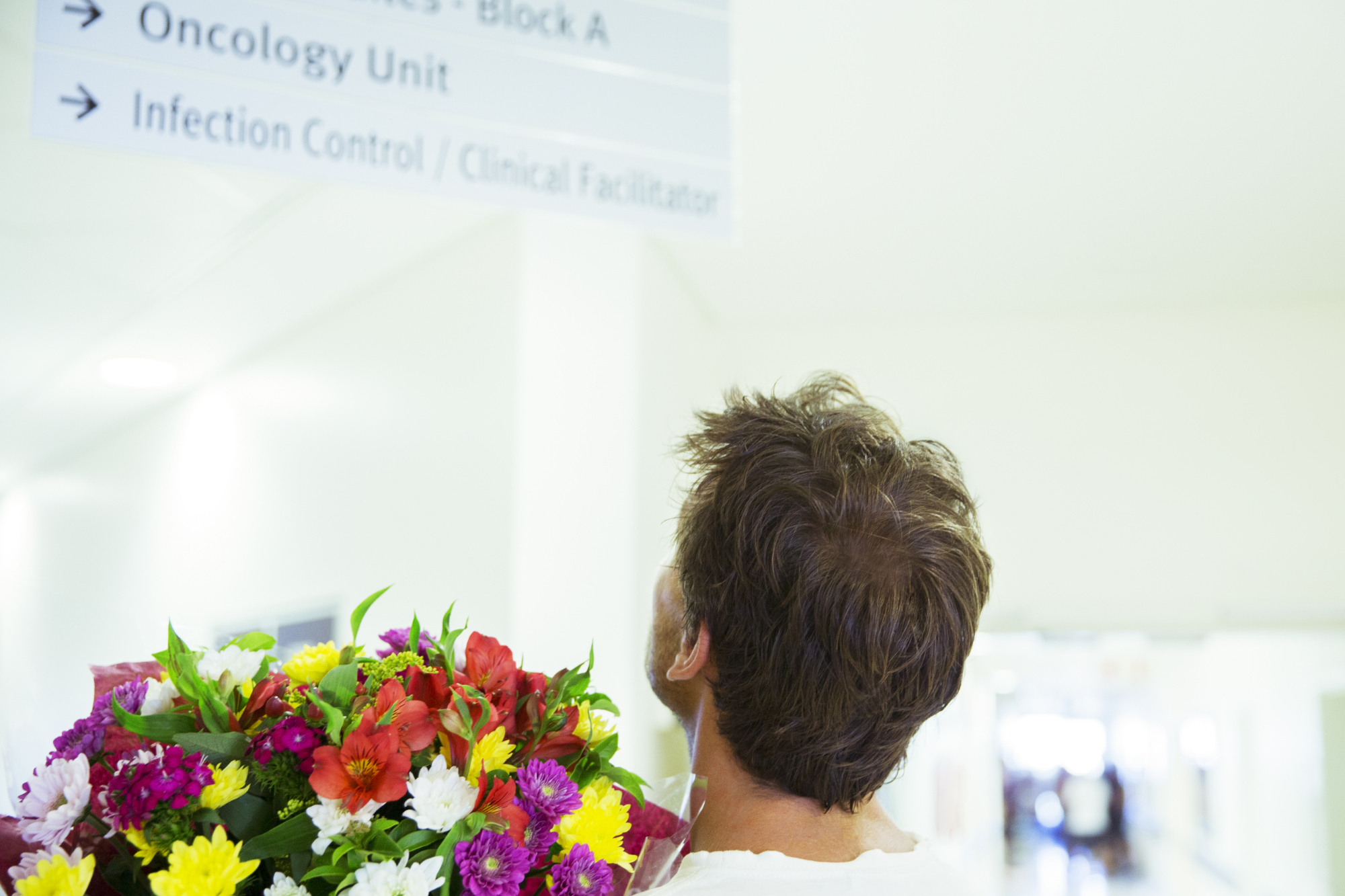 ﻿﻿﻿﻿When a physician enters the patient room during rounds, he usually sees Get Well Soon cards, often balloons, and sometimes a family picture on the table beside his bed. That all can bring delight to the patient and improve the atmosphere that might help him recover faster and face his pains.

Sometimes the visitors are more foes than friends. I remember more than once I’ve had a patient with diabetes mellitus and well-controlled blood glucose during his hospital stay. Then, once a visitor arrives and leaves, I find the nurse calling — Doctor, the patient’s blood sugar is through the roof. After some investigation, we usually discover that the visitor wanted to gift his friend, our patient, with some sweets. Even though we advise the patient to avoid that kind of behavior so he doesn’t go into diabetic ketoacidosis or other complications, sometimes the patient can’t resist the temptation, especially if he is desperate from his illness and has to stay for a long time in the hospital.

Other times I have found myself entering the patient room to find a party of pizza, soda, and donuts. Fast food sandwiches have been bought by people to snack on while on their way to visit their patient. Once the visitor shows up with the sandwiches in front of the patient, they usually offer some of it. This simple act of kindness might devastate the treatment plan if the patient has come in for congestive heart failure exacerbation, as it is known that this kind of food has high salt and fat content.

However, visitors don’t just smuggle in food. They smuggle in narcotics, too. One day, for example, a patient of mine was recovering from another medical problem like cellulitis. He was doing better and suddenly I heard a code blue. I went to check the patient carefully and remember that he had a strong history of drug addiction, so I checked the pupils during the examination to find they have constricted to pinpoints. Upon finding no clear reason for his cardiac arrest or coma, I tried to give naloxone and he woke up immediately. I remember one patient became unresponsive so the rapid response team was called and after he was resuscitated from some narcotic pills he secretly took from a visitor, he didn’t like that he was given naloxone. Instead of thanking the doctors for saving his life, he yelled and said, “I was happy and got high. Why did you wake me?!”

It could happen in any hospital, and no one can deny it. A case report was published about a case of an IV drug abuse who got persistently bacteremic despite the use of multiple antibiotic regimens during his inpatient stay. The case turned out to be an IV drug abuser that was getting drugs smuggled to him during the hospital stay. That change required 24-hour monitoring and a strict visitor policy. That led to a longer hospital stay, more testing, and a more aggressive expensive antibiotic regimen.

We cannot forget smoking. COPD patients are nicotine dependent and not all of them are willing to quit. Some are bold enough to smoke in the hospital while admitted. Despite counseling on smoking cessation, and even though the patient understands he is in the hospital for a disease with the smoking being clearly the culprit, he still insists on smoking. When a cigarette is found with that patient, we usually suspect that it was smuggled in by a sneaky visitor.

There must be a hospital policy to check patient visitors and the items they carry before entering the patient’s room. The staff should document and report issues to the treating physician. The physician has the right to reject any item that might ruin the treatment plan for the patient.

I think about when I go through a security check in the airport and I wish that kind of security searching would happen at the door of the hospital, something like an X-ray machine. The losses that a health care system suffers from visitors’ violations are likely higher than anyone could imagine. Longer hospital stays and more medication and staff are needed to reverse unnecessary nonsense that occurs because of a visitor’s ignorance or lack of responsibility.

All the examples I mentioned above add extra cost. For example, in the case of a diabetic patient who had a sugary diet smuggled into their room, more insulin has to be given, more finger sticks done, and these might result in a longer hospital stay. We should not be take these consequences lightly. A stricter hospital policy toward visitors should be created and applied. Some visitors may be bothered, but in the end, and as time goes by, people will learn and understand. The sign at the zoo says “Don’t Feed The Animals, It Makes Them Ill” — shouldn’t we as clinicians feel just as protective about our patients?