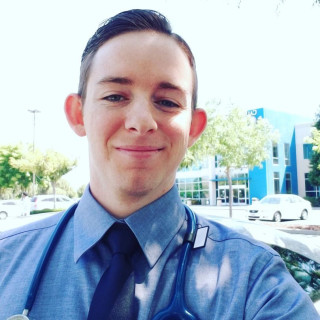 The third year of medical school, true to its reputation, has been a whirlwind thus far: meeting new preceptors almost weekly, trying to grasp the perfect history and physical write-up format, and honing patient examination and interview skills. This is further complicated by high-stakes final exams that keep coming every one or two months and have major implications for residency placement. Yet through all the noise, moments shine through. Some are overwhelmingly positive and balloon the spirits, others glaringly negative, tugging at the heartstrings and distracting the mind for days to weeks. Let us now relive one of the latter moments as I experienced it.

It was the second to last patient of what had been a busy Thursday morning at the neurology clinic. Though the patient population had been mostly Chinese conversing in Mandarin, I had enjoyed a positive academic experience learning about the signs and symptoms a neurologist clues in on to diagnose and treat a wide variety of pathologies. This patient seemed to be more of the same: a late seventies man coming in with his wife and daughter for a routine post stroke checkup. It was an unfortunate story. Two years ago, he was a vasculopath undergoing a coronary artery bypass grafting (CABG) procedure. As the procedure was wrapped up, a tentative success, a clot dislodged, shooting an embolus into the man’s brain. The symptoms developed quickly — deficits in language, arm and facial strength, and visual fields appeared almost instantaneously as the embolus decreased the perfusion to critical areas of the left cerebral cortex. It was a known risk that the best medicine couldn’t have prevented. Today he still has clinically significant deficits in vision and language. This presentation in itself is not uncommon, but rather it was the interaction I witnessed between physician, patient, and family that continues to bounce around my hippocampi as a vivid memory.

As my preceptor opened the encounter, it was obvious the family was suffering. He first addressed the patient in Mandarin and was met with a blank stare. The daughter jumped in and informed him of her father’s difficulties with language. It was mostly a conversation between them from then on. The history of the patient unfolded through the eyes of the daughter, and here’s the pivotal moment. She spent some time on his remote medical history, and when she arrived at the CABG procedure she paused, subtly but noticeably and said: “We checked him into the hospital the night before his procedure. Everything was all set up, so I went home for the night. The next morning they did the preoperative checks and brought him into surgery, and when he came out, the stroke happened. I’ve read a lot since then and I can’t keep from thinking that they missed something during the pre-op. I wasn’t there. I should’ve been. Maybe the outcome could’ve been different.” Tears welled up in her eyes and escaped down her cheek before she could check them with her wadded up tissue. It was a vulnerable, human moment in which the next statement by the physician could make a world of difference. After this point, she could go on carrying the burden of her father’s maladies on her narrow shoulders, or she could be absolved and move on, knowing there was nothing the best-trained of clinicians could have done to prevent this random tragedy, let alone a patient’s daughter.

My preceptor paused for a moment then said, “Okay. So what medications is your dad taking?” Her burden did not budge.

The interview continued and soon we were in the next room, that much closer to lunch.

Collateral damage is a term used to describe destruction inflicted upon an unintended target. In this circumstance, this is exactly what this family became after their patriarch’s stroke. Like I’ve mentioned, there’s nothing to be done about the stroke itself, but the collateral damage could surely be mitigated. What this daughter was lacking was education. She didn’t know there are checklists and procedures in place with every CABG patient in an effort to prevent situations like this one. I firmly believe if she knew there was nothing she could do, it would alleviate the blame she was clearly placing on herself, thereby putting her on the road to healing the emotional wounds that blame has created. I can only imagine the hours of sleep she has lost and the tears she has, and will, shed over this.

There is no medication to prescribe or procedure to be done here; this is where the art of medicine must come into play. This example is one of long-term failure by this family’s doctors to realize that they were hurting, and that a simple conversation could change that completely. I share this experience to bring awareness to patients like these and to challenge you, the readers. We all come to this field of work to help people, and I assert we can do that for more than just our direct patients. Awareness, being present in the moment, and reading between the lines when working with families and other loved ones can be just as potent a medicine for them as a beta blocker is for congestive heart failure or reduction and fixation is for a broken bone. Let us push ourselves as a profession to share our knowledge with those who need it to heal. Collateral damage is something we can prevent.