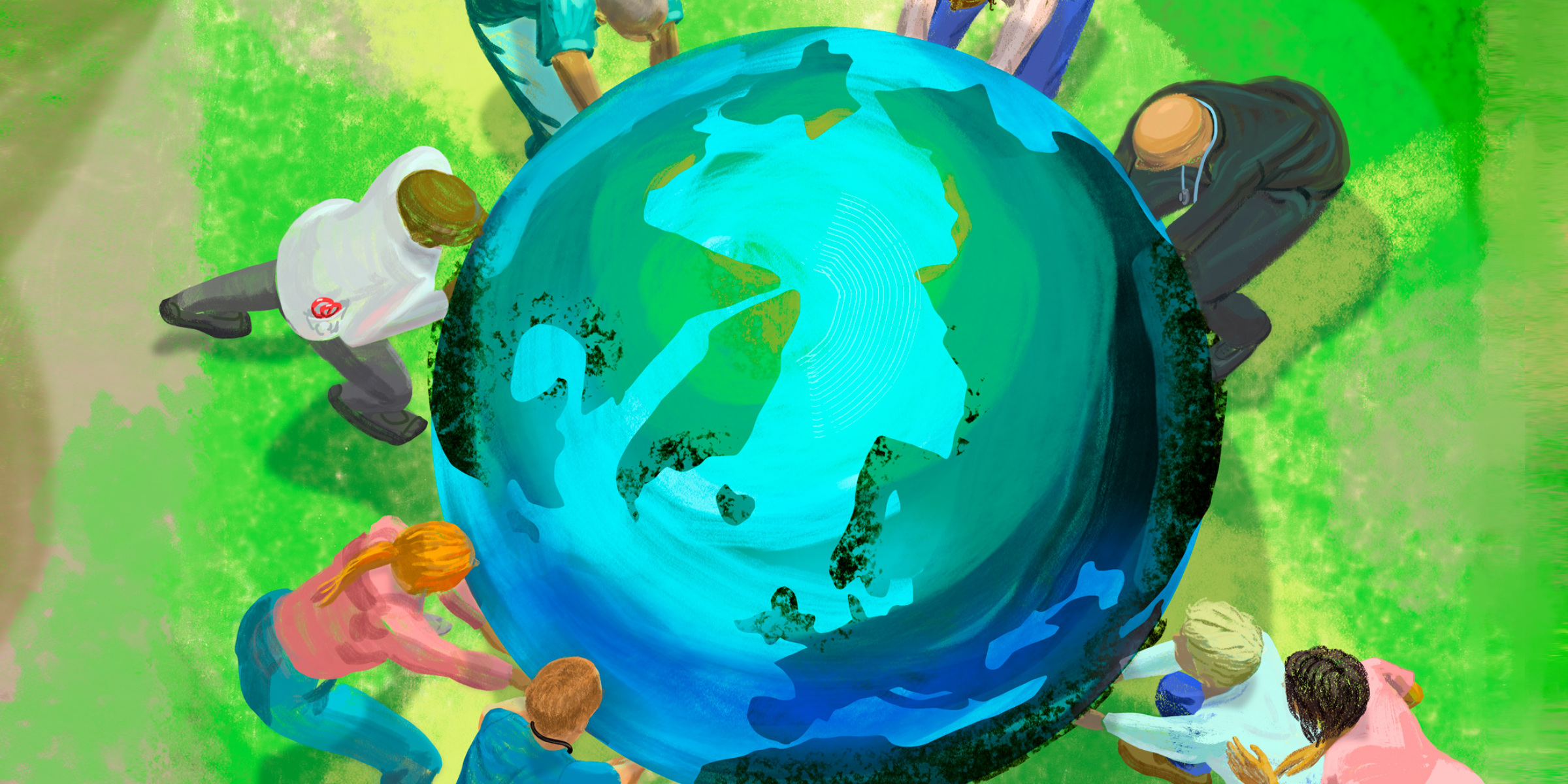 Looking for the starting point for this article, I stumbled across the first “ad” I ever made starting out as an entrepreneur. It was a picture of a woman with a young baby on her lap next to an open computer. Perhaps I chose the image because it reflected my life at the time: a woman, mother, nurse, looking for a new opportunity, and searching for a way to balance all I loved in life. The image by itself spoke to me, but I needed words to define what message I hoped to convey to the world and to nursing, about the company I was starting. As a nurse, I had never done such a thing to make an ad which consisted of choosing words that would “resonate” with an audience. “Marketing” and “branding” were words I learned much later in my journey of entrepreneurship. So at the time I only relied on one thing — the way the image and the words spoke to my soul and my hope for nursing — and these were the words that I drafted:

Our Profession. Our Opportunity. Our Future.

It has been six years since I have really looked at the message and I am surprised by what I wrote then, for it has so entirely shaped my own career in nursing — the desire to define the nursing profession differently from the prior definition of a nurse.

My step into entrepreneurship led me to attend a health care hackathon. If you are a nurse, I highly recommend attending one. And if you don’t know what that is — don’t worry — you are not alone. I had no idea what one was either when a fellow young entrepreneur friend of mine told me that I should attend one. In summary, it basically is a three-day event where people of all different backgrounds come together to present problems in health care that they want to solve. People join teams and over the course of the weekend, come up with solutions to the problem. It was the most brilliant and exciting event I had ever attended as a nurse. The one issue was, upon arriving at the event, I realized I was the only nurse in the room and thought perhaps I wasn’t supposed to be involved. But, no one asked me to leave — so I stayed — and that weekend transformed my life and the view I had of nursing and our impact on the world. The experience made me critically aware that nurses have the practical frontline knowledge to create really great health care solutions. And so, I embarked on studying the environment of health care hackathons around greater Boston.

The more I learned that few nurses attended hackathons, but that many of the winning teams had nurses on them, I became focused on the idea that there had to be a nursing hackathon — and lucky for me — I connected with Dr. Nancy Hanrahan who at the time was the Dean of Nursing at Northeastern University. I told her about my experience at the hackathon and said to her, “You should host a nurse hackathon.” And that is the moment an opportunity was presented that changed the rest of my life. Nancy said, “I’m going to host a nurse summit on innovation and entrepreneurship — why don’t you run the nurse hackathon?” In a split second I went from thinking, “I’ve been to a hackathon” to “sure I’ll run a hackathon.” And from that day forward, every day for nearly a year of my life, I volunteered my time towards building that event with an incredible team to create the inaugural “Nurse Innovation & Entrepreneurship Summit & NurseHackathon” in June 2016. From volunteering, I went on to be offered the position as the first Director of Nurse Innovation & Entrepreneurship to exist at the university and in the country. In two years time, we ran/participated in 36 events, 18 publications, and had come in contact with the most amazing nurses I had ever met in my career. Nurses who had walked on the edge of traditional nursing to create new paths and professions I had never knew existed before in the profession. The program we built was summed up perfectly by an attendee who said “we had created a place for unicorns,” and this tribe of unicorns spoke to my soul.

Earlier this year, I went for a walk in the bright, frigid, winter air, searching for a New Year’s resolution — that is when the name SONSIEL (The Society of Nurse Scientists, Innovators, Entrepreneurs, and Leaders) came to me. Together with two nurse colleagues, we set out to contact all those incredible nurses we had met before and see if they would give us their names, titles, and reputations to create a new nursing society — designed to redefine what is possible for nursing.

I started this paper with “I became” and realize it is “we became,” just as in “I” became “we” in SONSIEL. The words of “our” that I had put forth years ago seemed to echo into the universe to pull together the most incredible group of nurses who believed in a vision of a world where nurses are significant leaders recognized for transforming health care and our society. And I created SONSIEL with a mission: to magnify, network and elevate the expertise of nurse innovators as transformation agents that contribute to the reform of health care.

Rebecca Love, MSN, RN, FIEL, is an entrepreneur, author, and speaker. Rebecca was the first nurse featured on TED and the first Director of Nurse Innovation & Entrepreneurship in the United States. She is President of SONSIEL: a 501-3 Nonprofit, which was granted Associate Member of The Conference of Non-Governmental Organizations (CoNGO) to the United Nations. This status enables SONSIEL members to participate on committees at the United Nations and have a worldwide impact. In addition, Rebecca serves on several health care industry boards and as an advisor to organizations on driving innovation and accelerators to advance the profession of nursing.