What ‘Should’ You Do? Rights and Wrongs in Medicine 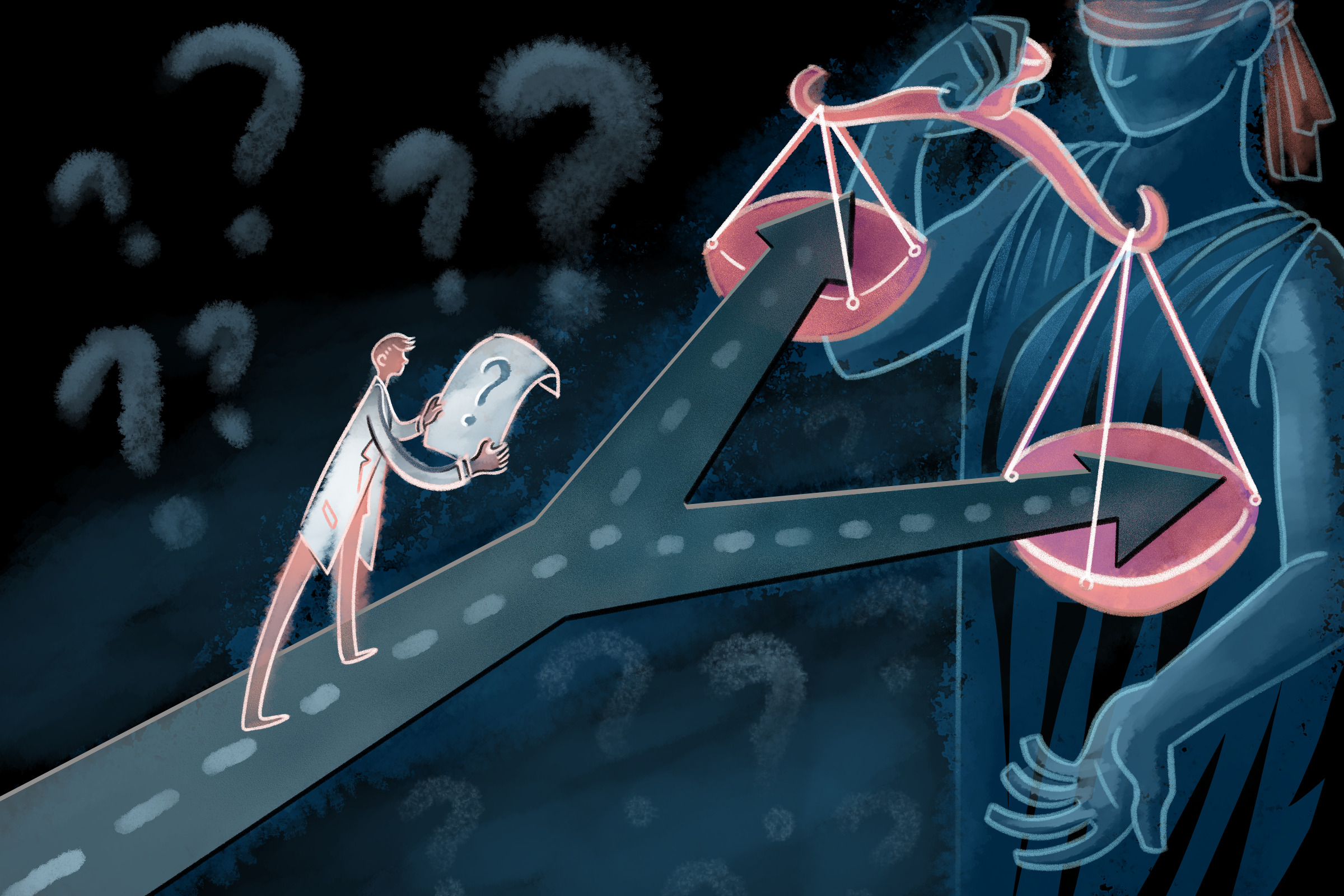 ﻿﻿﻿﻿Previously, Doximity sat down with Benjamin Berkman, a senior staff bioethicist at the National Institutes of Health, to discuss the emergence of reproductive technologies like prenatal whole genome sequencing and the future of pregnancy. In this continuing interview series, we discuss bioethics as a field, the value it adds to medical practice, and why it's important to think about what we “should” do in medicine.

Benjamin Berkman received his Juris Doctor and a Masters in Public Health from the University of Michigan. Currently, he works in the NIH Department of Bioethics and is the head of the section on the ethics of genetics and emerging technologies. He has a joint appointment in the National Human Genome Research Institute (NHGRI), where he serves as the Deputy Director of the NHGRI Bioethics Core.

Wynter Miller: Bioethics is a conceptually rich field with incredible applicability to clinical medicine. But many people, even medical providers, do not wholly understand what bioethics is or how it might augment their practice. Can you give us a quick and dirty definition?

Benjamin Berkman: Bioethics is still an emerging field but it’s built on the idea that when you’re studying medicine, or doing research, or giving clinical care, there are questions about what you should or shouldn’t do. Doctors often don’t have time to think through the moral questions that medicine raises; bioethics focuses on answering those questions.

WM: When you’re talking about morality and using words like “should” and “shouldn’t,” — does that mean the answers bioethics offers are subjective?

BB: Bioethics is interdisciplinary, which means that all perspectives are valid in thinking through the moral questions. And it’s true that, depending on the lens, people can reach different conclusions. But bioethics is also objective in the sense that we can usually all agree on what the problem is. [For example,] physician-assisted dying is a morally complicated issue. It’s not subjective to identify it as an ethical problem.

Berkman went on to describe the framework within which bioethics successfully operates. According to Berkman, a good bioethicist does one of two things. The bioethicist either (1) approaches the moral dilemma neutrally, with the goal of developing a framework for decision-making rather than making an actual decision. Or, alternatively, (2) the bioethicist argues a particular perspective.

BB: Of course, not everyone will agree with that perspective, but in making rigorous arguments and marshaling objective data, the bioethicist can hopefully move the needle toward a consensus.

WM: By consensus, do you mean adoption of public policy?

BB: Consensus can certainly take the form of public policy. The adoption of new technologies is probably my best example. [That is,] given a new technology, how are we as a society going to integrate that technology into practice? There are two ways it can happen: extemporaneously or in an evidentiary fashion.

BB: Extemporaneous adoption happens as a result of things like public pressure or market forces. Which is to say, it usually happens without much thought or direction. Evidentiary adoption entails consideration ahead of time: sitting down in advance and thinking about what adoption would look like, considering if there might be ethical problems, and strategizing about how we might avoid them. Bioethicists can help move us away from the extemporaneous model.

WM: Can you give us a real-world example of extemporaneous adoption?

BB: I think a good example is newborn screening.

The first mandatory newborn screening panel in the United States was adopted in the 1960s, following the development of a screening test for the metabolic disorder phenylketonuria. For the next several decades, screening panels were adopted at the state-level and varied across the country.

BB: Initially, there was a lot of thought given to what should be on the panel, and it was fairly narrowly defined.

In 2002, the federal government released the first Recommended Universal Screening Panel (RUSP), which identified 29 core conditions recommended for screening. In order to qualify as a condition eligible to be added to the panel, it had to meet three minimum criteria:

In 2003, most states screened for only six disorders.

BB: But since then [2003], the panel has kept expanding — arguably extemporaneously. Initially, we were only going to screen for things that had a public health basis, on a population level. Basically, conditions that were common enough and for which it was feasible to do something in advance. Now, conditions have been added to state panels without justification.

BB: Nothing is ever taken off the panels, they’re only ever expanded. [Newborn panels] are not really coherent anymore.

BB: Well, prospectively, I think bioethicists can try to anticipate the types of issues that will be raised by a new technology. Retrospectively, we can think about the things that we didn’t anticipate or were unforeseeable, and how we should manage those issues going forward. But we can also think about things like justice issues: Is the technology being fairly distributed? Is it being administered non-coercively? Et cetera. In sum, bioethicists have a role to play both prospectively and retrospectively.

This interview is part 2 of an ongoing series. Read more here.