What Is the Future of Gynecologic Surgery and the Subspecialties? 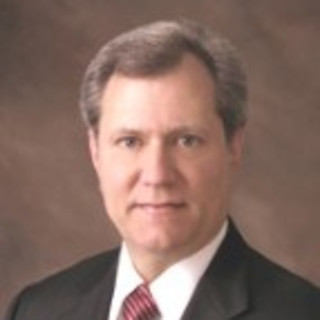 During the last few decades, exponential expansion of the knowledge base within the fields of Obstetrics and Gynecology has placed significant stress on our profession. As a result, subspecialties have gradually emerged removing certain skills from those that were, at one time, a part of general obstetrics and gynecology. Gynecologic Oncology, Maternal Fetal Medicine, Reproductive Endocrinology and Infertility, Female Pelvic Medicine and Reconstructive Surgery (FPMRS), and Minimally Invasive Gynecologic Surgery (MIGS) have followed this path, all for good patient centered reasons. Ob/gyn is at yet another point where the complex set of medical and operative skills and amount of information required of a graduating resident exceed a reasonable capacity.

There is general agreement that the number of gynecologic surgeries is decreasing as a result of better non-invasive alternatives. At the same time, there is no decrease in invasive obstetric procedures like C-Section. Graduating residents usually have performed several times more C-sections than gynecologic surgeries. Furthermore, training in obstetrics takes more structured rotation time in residency than in gynecologic surgery. High-volume surgeons have been shown to have lower complication rates, less cost per case, and greater utilization of minimally invasive procedures than low or mid-volume surgeons.

Resistance exists to a complete separation of obstetrics and gynecology, although some favor this move. Consideration is being given to several ideas. These include several approaches that fall under the general heading of tracking. Generally, residency would start with core OB/GYN curriculum and then transition, at some point, into training that is structured to the interests and career desires of the individual. Theoretically, this tracking would result in better trained generalists, fellowship candidates, and individuals who want to limit their practice to obstetrics, gynecology, or office-based practice. Training would necessarily be more complete in the chosen area.

The current existence of fellowships in MIGS and FPMRS have resulted in the sequestration of surgical skills regarding the choice of route of hysterectomy. MIGS surgeons are more apt to perform a surgery endoscopically while FPMRS surgeons are more likely to consider the vaginal approach. While rates of abdominal hysterectomy have declined over time, the percentage of benign hysterectomies that are performed by the preferred vaginal route has declined. Most hysterectomies in America today are performed endoscopically. While less invasive than the maximally invasive abdominal route, the vaginal route remains much less costly, has fewer complications, and an equivalent recovery to the so-called minimally invasive endoscopic approach. Residents today are generally not well-trained in the vaginal approach, although there are isolated exceptions. Position statements from ACOG, AAGL, SGS, and a Cochrane Review opinion have admonished our profession to maximize the use of the vaginal approach to hysterectomy. Training in vaginal surgery is so attenuated across the country that major interventions are needed to correct the problem. A partial solution is to find a way to concentrate surgeries in the hands of high volume surgeons. Tracking may also help with this problem. A more systemic approach would be to combine the MIGS and FPMRS fellowships into a benign gynecologic surgery subspecialty with an attendant fellowship. More complete surgical training would allow gynecologic surgeons to master all approaches to hysterectomy and other surgical procedures in a way that does not exist today. An evidence based approach is what our patients deserve.

Currently there is no organized way for the post-graduate OB/GYN to receive mentoring that would have the effect of expanding or refurbishing surgical skills. Surgical volumes usually decline from residency levels during the proverbial first few years in practice. Creating a mechanism for mentoring would result in significant improvement in skills and, likely, in the way evidence-based approaches are used.

Our profession is ethically required to provide the best care possible. We must systematically identify and support high volume surgeons. In the next iteration of our profession, I believe that more and more surgeries, especially the major ones, will be performed by fewer and fewer individuals. Many, but certainly not all of these surgeons, will likely be fellowship trained. However, excellent generalist surgeons exist and will continue to do so in my opinion. The privilege to operate should be based on both volume and outcome. With the advent of merit-based incentives, pure market forces will play a role whether OB/GYNs want them to or not. Other surgical fields, e.g., Cardiovascular Surgery, have made these types of choices and decisions to the benefit of the patients involved. We have a real opportunity to improve the level of care that we deliver to our patients, and to act proactively in making changes that are in the best interest of patients and practitioners rather than letting insurers, the government, and other entities to do it for us. Our current system will not solve these difficult problems. Patients seeking care in obstetrics or gynecology deserve the best we can offer to them.

Dr. Carl W. Zimmerman is a professor of Obstetrics & Gynecology at Vanderbilt University.