What Do Playground Slides and Golf Carts Have in Common? 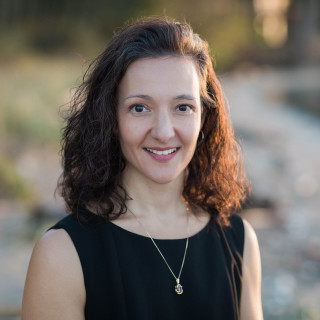 Statistics on childhood injuries from playground slides and golf carts were presented last month as a part of injury prevention efforts at the annual meeting of the American Academy of Pediatrics. Injury prevention has long been a focus for pediatricians as it is an important element of child advocacy.

As a result of injury prevention efforts, bicycle helmet use has become almost universal across this country, sports gear has been adjusted to be more protective, and even automobiles come with factory-installed airbags, LATCH systems, and backup cameras. The next frontier for injury prevention are playground slides and golf carts.

Backyard playground slides are a right of passage for most small children. This past summer, one little patient of mine was injured on a slide in her backyard while playing naked with her three sisters. Unbeknownst to their mother, the four decided to hose down the slide in the effort to increase their sliding speed. When that was not adventurous enough, they put gravel at the bottom to “liven things up” even more. The middle toddler was brought in after sustaining a gluteal laceration containing small pieces of gravel. While cleaning the wound and removing pieces of gravel with small tweezers, the mother was lamenting the fact that her daughters were so fearless. I smiled, reassuring her this is what children do — push the envelope.

Playground slides injured an estimated 352,698 children under 6 years of age between 2002 and 2015. A recent abstract, “The Mechanisms and Injuries Associated with Playground Slides in Young Children: Increased Risk of Lower Extremity Injuries with Riding on Laps,” evaluated playground slide injuries in more detail. According to the data, the riskiest age for injury is 12–23 months. 36 percent sustained fractures, mostly involving the lower leg. The most common mechanism of injury is when the child’s foot catches the slide edge while sitting on the parent’s lap.

Understandably, parents believe assisting children on playground slides is protective but the number and nature of injuries sustained tells a different story. If parents were made aware of this potential for injury, the chance they would stop going down slides with their children is highly likely to change. Educating parents about the risk of playground slides can be clear, effective, and likely to generate changes for pediatricians and parents.

Golf carts are increasingly becoming popular in small communities across this country and a recent study: “Golf Carts and Children: 11 year Single State Experience,” has demonstrated the possibility of sustaining injuries which are fairly significant. Researchers collected information from a trauma center in Pennsylvania and identified 108 children between 2004–2014 injured by golf carts. On average, children were 11 years old and hospitalized between 1 and 26 days to recover.

While golf cart injuries are not necessarily common, the injuries can have significant sequelae. Admission to the ICU was necessary 36 percent of the time. More than three-fourths of children studied sustained a fracture and 44% of those were skull fractures, which were actually more common than fractures of the extremities. For those sustaining head injuries, 27% had concussions, and 25–30% had intracranial injuries with associated bleeding.