What About the Other Pandemic?

May Khadem, MD • Ophthalmology
Jul 14, 2020
Op-Med is a collection of original articles contributed by Doximity members. 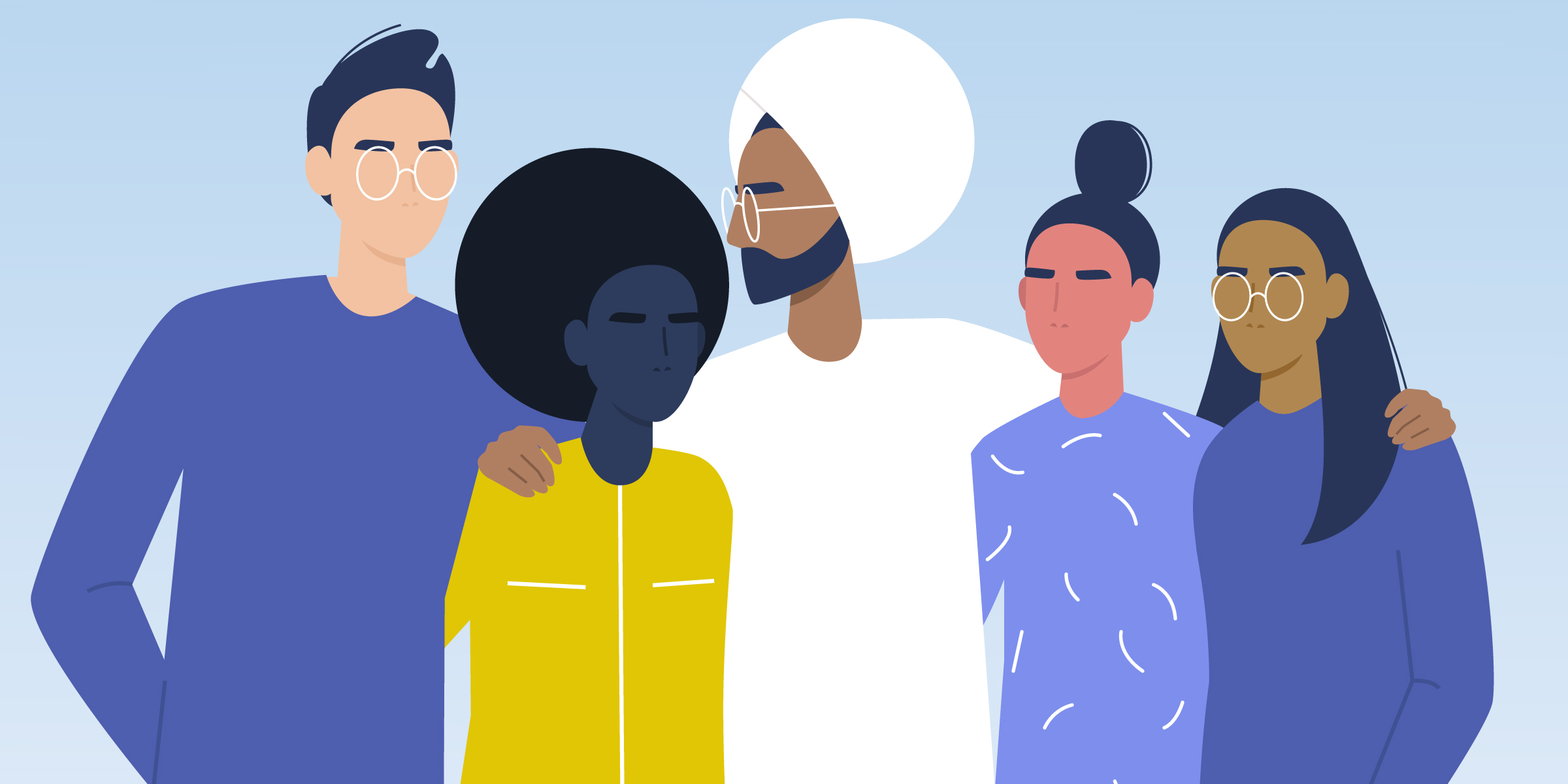 We are in crisis and not just from COVID-19. I feel compelled to raise my voice about this other pandemic: racism. It not only exacerbates the public health catastrophe we are in the midst of, but is destroying our country. And its ripples are being felt around the world.

My own journey of waking up to racism has been prolonged and is still ongoing. I grew up as an immigrant from the Middle East in a small town in Illinois when my parents moved to the U.S. From the very beginning, at the age of 10 and onward, I struggled with feelings of being marginalized and diminished because of my ethnicity. By the time I got to medical school and residency, the negative consequences of my being a woman far outweighed my country of origin. As all women in male-dominated professions, I experienced my share of sexual harassment and discrimination.

But there were those who lived a much more virulent — even life-threatening — form of discrimination. For so many years, while I saw it, I didn’t really “see” it. I knew there were disproportionate numbers of African Americans victimized by violent crimes, living in poverty, and barred from opportunities that were readily available to me, especially in terms of housing, education and employment. I didn’t really know the true history of the U.S. — the true extent of systematic oppression and the policies and systems that perpetuated these outcomes — policies such as redlining, voter suppression, tough anti-crime laws, and a justice system that cares more about winning than about justice.

I thought things were improving. While there was still a gross imbalance in the numbers of African Americans among my colleagues, their numbers were increasing and women were entering medical schools in greater numbers. I had hope that with time, especially when we had an African American president, we would have addressed the injustices. I didn’t notice the daily harassment and the more subtle forms of discrimination that African Americans experienced on a routine basis. I didn’t realize that every one of their encounters was fraught with anxiety — being regularly stopped by police, being followed in stores, seeing women clutching their purses, being greeted with fear for no reason at all — I did not notice these. I did not see that African American friends and colleagues experienced a completely different world than I did just because of the color of their skin. But I see it now.

We see that now. We all have been eyewitnesses to the appalling, cold-hearted, and murderous cruelty that is the lot of African Americans in this country. No one can deny the documented evidence. Clearly this is not new, but it is now brought into light for the whole world to witness. We can no longer stand by and pretend it does not exist. While in the past we might have pleaded ignorance, we are no longer ignorant. While in the past we could pretend things were improving, we have borne witness that they have not improved. We have seen with our own eyes the cold-blooded murder of our Black brothers and sisters and heard with our own ears their unheard pleas for mercy. We know with our own knowledge that this has to change if we are to survive and thrive as a country.

There were African American students in my medical school class — one woman and four men. It is only now that I can empathize with how difficult it must have been for them and how courageous they were. I was oblivious to the challenges and suffering that they experienced on a daily basis. Why did I not befriend the one woman who had to struggle against not only racist but also sexist stereotypes? Oh, how I wish I had! Of all the other women in my class, I should have had the most empathy. How isolated she must have felt! If you had asked me then, I would have told you that I believed in the oneness of the human race, that all have inherent nobility, that we must free ourselves of all kinds of prejudice, that this country would not rise to its potential without that. But I did not befriend her … or them. Now I realize they had to have achieved superlative levels of competence, forgiveness, perseverance, and resilience to survive those grueling years. I could have learned a lot from them. How my knowledge, understanding, and effectiveness could have been increased immeasurably by that! And maybe I might have even contributed a tiny bit to lessen their feelings of isolation. Had I learned more from them then, perhaps I could and would have done more in all these intervening years. While I felt I was a passionate advocate of diversity in the workplace, in retrospect, I was complicit in a system that marginalized them.

It was by living for almost three years in a predominantly Black nation, living in a diverse community in the U.S., traveling extensively through West Africa for humanitarian work, and living for seven years in China that I developed those deep heart-felt, I-would-give-my-life-for-you types of friendships. I thought I had arrived. I hadn't. I thought it was enough to believe in equality and would have shunned any overt manifestation of racism, but I still benefited from privileges I was not even aware of. I carried attitudes and narratives from the culture I was living in and was oblivious of their harm. The American culture and its institutions were tipped in my favor. I had neither the insight to interrupt its perpetuation nor the tools to undo the harm.

This virulent disease of racism has reared its ugly head all over the world and everyone is affected by it, though perhaps not to the degree of the U.S., whose very foundation rests upon it. Everywhere I have lived and traveled, the U.S. is held up as the role model of progress, freedom, and opportunity. Everywhere I saw evidences of the European ideal: in skin-whitening and hair straightening products, in eyelid surgeries to create the Western “double fold,” in advertising and glorifying blond, blue-eyed models, in extreme care to protect skin whiteness from the tanning effects of the sun, in fashion magazines displaying the “ideal life” devoid of people of color, and in rampant unapologetic consumerism, whose environmental consequences disproportionately affect people of color.

It wasn't until I took the time and made the effort to learn the deep history of racism in the U.S. and all the myriads of ways that it manifests in our system that my worldview shifted dramatically. I finally saw in horrifying detail how I benefited from an unjust system (even as an immigrant) and was complicit in perpetuating it. I still have a long way to go and so much more to learn. But at least I see what I need to work on; I can see that it is a long internal journey that also demands visible and vocal action.

And here we are in 2020 with the physical disease of COVID-19 ravaging our bodies while the spiritual disease of racism devours our souls. Can either be healed without healing the other? I am convinced that without addressing the racist origins and systems that underpin everything American, we cannot have peace, security, prosperity, or even health. We can now see data clearly demonstrate that if our most vulnerable populations are sick, none of us will be free of disease. That is true both physically and spiritually. The blinders are coming off and it is easier now for all to see that the disease of racism is eating into the vitals of our civilization.

I'm an optimist; I believe we will heal. But will it be increasing chaos and suffering that will lead to transformation or might we accelerate the process through a collective act of will?

"The well-being of mankind, its peace and security, are unattainable unless and until its unity is firmly established. … So powerful is the light of unity that it can illuminate the whole earth." –Baha’u’llah

Dr. Khadem currently works as an ophthalmologist in Portland, Oregon, where she settled after seven years in China. She has worked in many countries helping to improve eye care and as a blindness prevention activist. Most of her career was spent at Northwestern University, which she still considers her professional home.