We Could Probably Mass Produce Doctors, But Should We?

In the opening days of World War II, the U.S. Army Air Corps was woefully deficient compared to its enemies in the fight for air supremacy. The United States Government called upon the industrial might of Detroit to rapidly expand the number of aircraft. The Army Air Corps was tasked with training pilots to man an increasingly complex and rapidly proliferating fleet. Aviation training had started as a loose and casual process of apprenticeship. By the end of the war, the process for training, like the industrial process, had become standardized, bureaucratized, optimized for efficiency, and nearly automatic.

Medical education is evolving in the same way. An individual experience is being replaced by core competencies, work hour restrictions, simulation training and case quotas. So why not mass produce doctors?

Before the war, selection of pilots was not so different from the traditional selection of medical students for residency programs. All applicants were highly educated, aced a required exam, and were subjected to rigorous psychological testing and interviews.

In the pre-war era, accepted trainees became members of a small, concentrated, and highly individualized training group that dominated most aspects of their daily life. The process of education was spread over years and based largely on experimentation, repetition, and experience. These young pilots were encouraged to take risks and try new things. This, until recently, was true of medical education as well.

But the demands of the war led the entire training period to be shortened and condensed into as little as 10 weeks. Much of the sacrificed curriculum was the ground school, but flight training was also limited because of the increasing cost of fuel and lack of planes. Suddenly, making sure that certain skills were achieved on every flight became increasingly important. It is interesting that the lack of resources, especially time, drove the need to standardize training. One could argue this is precisely the case in the post-work hour restriction era in medicine.

Simulators were created to attempt to fill the gaps in training time on real aircraft. They were unpopular with the trainees because it was felt that they did not adequately represent real flying. However, they did make the pilots safer, ensuring that pilots would know where the necessary controls were and that routine steps would not be missed even under duress.

By 1943, a very systematic approach to training had evolved which laid out tasks, conditions, and standards with checklists for the evaluators to use to log progress. While it has taken much longer than three years, post-graduate medical education has developed along a similar track with case logs, minimal case quotas, and other minimum requirements.

Pilots were formally awarded grades in four categories: judgment, attitude, progress, and technique. An "F" in any category indicated that the applicant was thought to be dangerous and therefore would never fly in combat. Nonetheless, and this is the critical difference, the intended and expected washout rate for cadets was 40 percent. The primary reason for failure -- being unsafe in the air.

It appears this approach to mass education was successful. Despite the exponential expansion of the size of the air corps in such a short period of time, the rate of accidents in training remained unchanged.

It sounds darkly dystopian to suggest that residency should have a higher washout rate earlier in training. But it’s not. According to the National Physician Burnout and Depression Report, the rate of physician burnout in 2018 is 42 percent. You see, what we aren’t paying for up front we are just mortgaging for later, and with interest.

And there is another difference. If a military pilot crashed and died in training, he killed himself, and maybe his crew, but that was the end of it. Bad medicine does harm and can harm again. The inertia of a bad doctor is staggering, as we have unfortunately learned from the "Doctor Death" saga. In medicine, one must care about safety, not just practice it.

As an intern I was always told to write for DVT prophylaxis after trauma cases. But the first time I saw a patient die of a pulmonary embolism, I became fanatical about it. The pressure of responsibility in training is heightened by genuinely caring. The consequences of your actions and inactions take on meaning when you connect them to a living, breathing person. If experience is the best teacher, then residents must learn about the human experience by having experiences with humans.

The simulator can teach skills. Core competencies and case quotas can demonstrate proficiency. The work hour restrictions can reduce stress. We can streamline the process to an extent. But to steal a phrase from an early aviator: "To be a doctor is, simply, to be responsible." And that’s a feeling that takes time, and touch, to develop.

Brian Gilmer, MD is an orthopedic surgeon in Mammoth Lakes, CA. He is a 2018–2019 Doximity Author.

Read App of the Week: Clarius

App of the Week: Clarius

Apr 16, 2020 Link to Blessed to Serve: Training the Trainers in Nepal 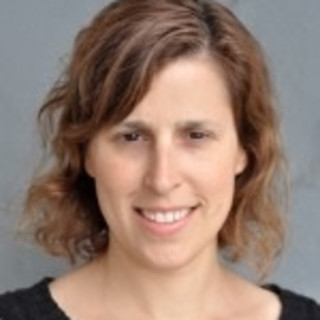