Viewing Serena’s Outburst as A Woman in Medicine 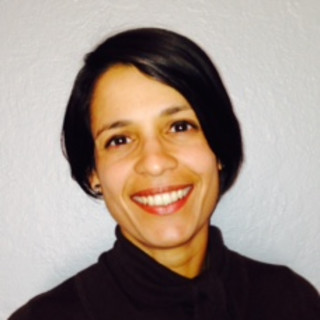 The tennis fan in me, the woman in me and the career professional in me were all uncomfortable watching the drama unfold at the US Open Women’s Tennis Championship this year. By now, everyone knows the details and most have an opinion. Serena Williams found herself reacting to an umpire who forgot that his job was to maintain the integrity of the match without affecting its outcome. She was also reacting to being deftly outplayed by a dialed-in, eager 20-year-old who had idolized her and she was reacting to the weight and pressure of all that was at stake at that moment. In spite of who she is and what she has accomplished, the moment over-powered the mighty Serena. She caved. She lost her cool. She lost control and least importantly, she lost the match.

Serena argued that a sexist bias was at play and that men have done much worse on the court with far less consequence; that she was profiled and penalized on the grandest of stages because she was a woman, a black woman. Supporters claimed that the umpire “couldn’t handle” being spoken to by a woman in that manner resulting in the harsh penalty. Like me, many have expressed their thoughts. Tasteless cartoons have been drawn; arguments have been made in support of Serena and against her behavior. We have been asked to check the state of our unconscious bias. Would I react differently if Roger Federer had behaved that way? Would I be more likely to stand in support of him than I do of Serena?

As I tried to internally deconstruct my feelings towards this incident, I found myself drawing parallels between my career as an academic interventional cardiologist and some of what Serena might experience on the tennis court. On most days, I find myself across the net from a disease state; one that costs thousands of people their lives every year, one that has an impressive collection of strokes to counter my best efforts. I have to be in my best form, mentally and physically, every moment of every day that I am on my version of a tennis court. What is riding on the line for me is life and death of another human being and if I count each patient treated successfully as a win, I have amassed cabinets full of trophies and victories. Similar to the pressure that Serena felt, I too feel the weight of the outcomes of each of my patients. Like Serena, I desperately want to win each and every time.

I also can relate to the presence of a sex-based bias in my workplace. My ability to get “away” with things that I express under conditions of stress and pressure is not the same as my male colleagues. Trainees are less likely to handle criticism from me than a male version of me. I am more likely to be asked to be “gentler and kinder” than my male colleagues. I know that over my lifetime, my paycheck will be smaller and that I may not be naturally perceived for leadership positions because I am a woman.

I acknowledge that there are many examples of sex-based bias, conscious and unconscious that continue to exist in all aspects of our everyday lives; but I still find myself wishing Serena had chosen to handle her situation differently. Not like Roger would have but like a woman should have. My comparator for Serena is not a male tennis player thrashing his racket and berating the chair umpire. Similarly, I don’t want moments of frustration and anger to be the moments we ask for equality between men and women - that is not the conversation that moves us forward. My expectation of myself and my sport idols, male or female, is that we lead by example — that we stand in the face of pressure and maintain the control amidst the chaos regardless of the outcome. Serena in that moment lost that control and that is what led to the outcomes and spectacle that evening.

The presence or absence of bias and “misogynoir” leading to the umpire’s decisions that night will be argued and discounted all at once. What cannot be lost or forgotten is the need for us as role models, mentors, idols, superstars to behave and express ourselves with the respect and veneration that we expect from others. Not every match is won and not every patient can be saved, despite our best efforts; but our behavior has to show the best of us. In that moment, Serena forgot to apply her greatest strength; her ability as a woman to maintain perspective, control the chaos and silence the doubts like she has done countless times before.