Updates in All Things Retina-Related at ASRS, From AMD to Uveitis 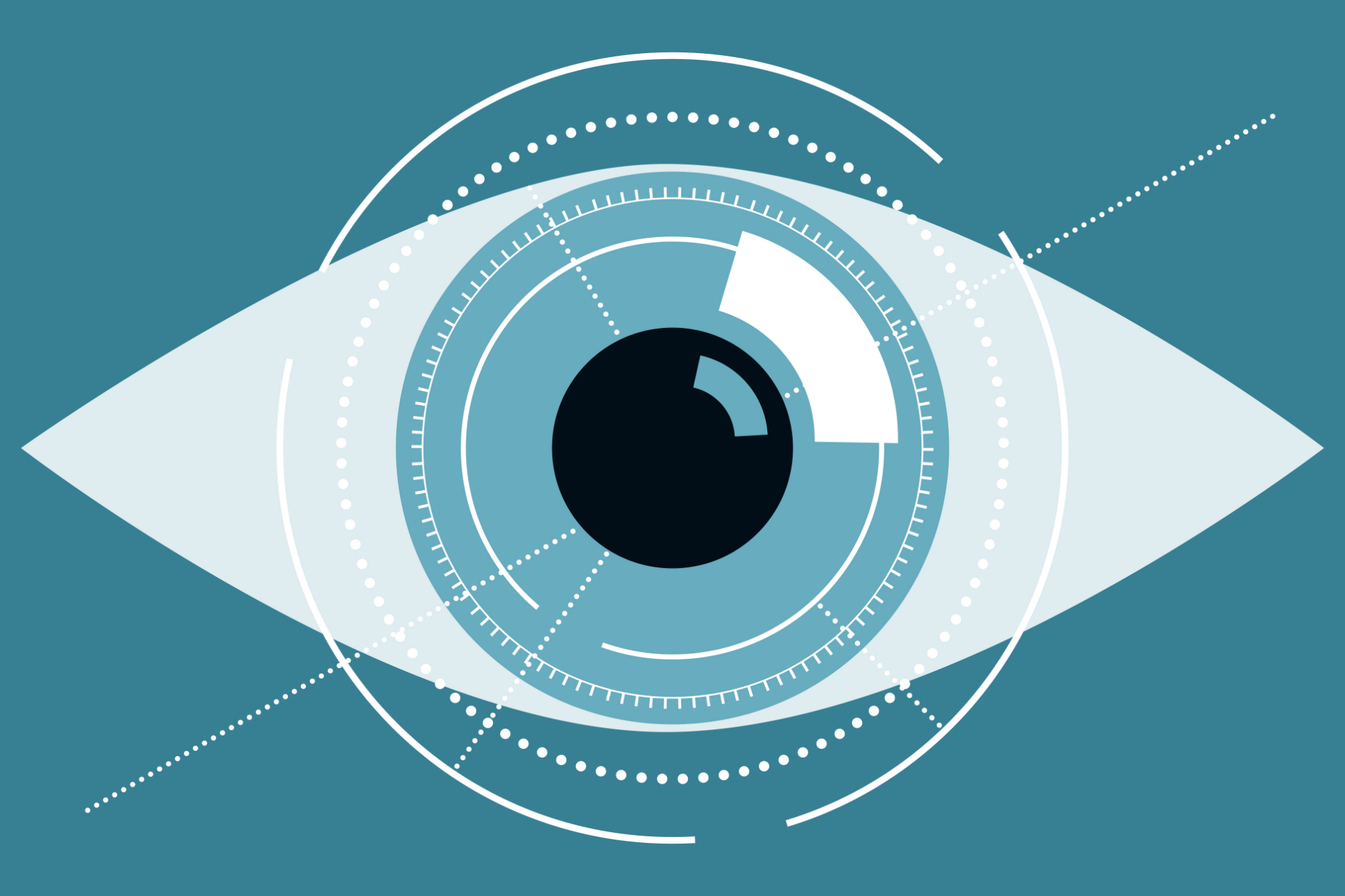 This year’s American Society of Retina Specialists (ASRS) meeting was appealing for the breadth of the topics covered, the stimulating discussions, the ability to interact with colleagues from disparate environments and practice settings, and, of course, the setting.

Chicago provided an excellent backdrop for the event: the welcome reception at Eataly provided scrumptious Italian food and an excellent setting to interact with friends; the black tie-preferred gala was held at the acclaimed Field Museum.

A variety of medical and surgical retina topics were covered, including some important findings from recently completed studies. I have covered some of the highlights below.

In Non-Neovascular Age-Related Macular Degeneration, the FILLY study phase 2 results showed that the complement inhibitor APL-2 administration demonstrated statistically significant reduction in GA progression. In another phase 2 trial, the integrin regulator risuteganib treatment group had a statistically significantly higher proportion of eyes with 8-letter gain or more at 16 weeks. The mitochondrial-protector elampiretide showed enough promise in an early-phase study to justify initiation of a phase 2 study, which is currently undergoing enrollment. In Neovascular AMD, the EVEREST II study showed that the combination treatment of verteporfin photodynamic therapy with ranibizumab allowed for more polyp regression in polypoidal choroidal vasculopathy subjects when compared to ranibizumab monotherapy.

Abicipar pegol (anti-VEGF-A DARPin) showed efficacy in treatment of wet AMD with less inflammation when a modified manufacturing process was carried out in the MAPLE study.

Post Hoc Analysis of VISTA and VIVID showed regression of diabetic retinopathy severity stage (DRSS) scores in the DME patients with intravitreal aflibercept: 60% of that group had a 1-step improvement in 170 days, and 43% had a 2-step improvement by 400 days, while the laser group showed a worsening DRSS score over the same time points.

Suprachoroidal CLS-TA Plus Aflibercept Compared With Aflibercept Monotherapy for Diabetic Macular Edema: at 24 months, there was no statistically significant difference in DRSS regression or best corrected visual acuity between the two groups, but Optical Coherence Tomography (OCT) findings were improved in the combination group, which required fewer IAI injections.

DRCR.net Protocol V two-year results were reviewed. In this important study, 702 patients with diabetic macular edema (DME) but BCVA of 20/25 or better were randomized into intravitreal aflibercept, macular laser, or observation arms. If BCVA decreased 10 letters over one visit or more than five letters over two visits, rescue therapy with intravitreal aflibercept could be initiated. At two years, the number of patients with stable vision was similar (86%, 84%, and 86%) and average visual acuity in all arms was 20/20. Three-fourths of the laser group and two-thirds of the observation group did not require rescue injections. At two years, there was a higher proportion of 20/20 eyes in the aflibercept group compared to observation (77% vs. 66%). This study will give us confidence to treat based on visual acuity in these patients with DME and good vision at baseline.

The PANORAMA study results at one year showed that patients with moderately severe and severe NPDR showed that intravitreal aflibercept given either q16w or q28w protects against vision threatening conversion to proliferative diabetic retinopathy with vitreous hemorrhage or anterior segment neovascularization versus sham. Faricimab showed promise for treatment of DME in the BOULEVARD phase 2 trial. Faricimab-treated patients showed statistically significant visual acuity gains over ranibizumab, with a greater decrease in central subfield thickness and higher rates of at least a 2-step reduction in diabetic retinopathy severity than ranibizumab.

Important information was relayed regarding treatment of epiretinal membranes: a domed macular contour in association with an epiretinal membrane, especially in patients with a mean non-central preoperative ERM to inner-nuclear-layer thickness of more than 230 micrometers and less ectopic inner foveal layers (EIFL) was associated with better visual recovery. This observation will allow us to select patients who would benefit from macular pucker surgery more efficiently.

Timing of surgeries of fovea-sparing retinal detachments: 423 eyes with fovea-sparing retinal detachments were evaluated over a 13-year span were evaluated in a retrospective fashion. Time to surgery (which varied from the same day to over one week; 2/3 went to surgery within one day) did not matter in terms of visual outcome. Better pre-op vision and fewer numbers of operations favored better vision outcome. Weekday surgeries had better vision outcomes than weekend or late-day (“after hours”) surgeries.

The 0.18mg fluocinolone acetonide intravitreal implant showed much promise in studies when used for treatment of non-infectious uveitis affecting the posterior segment. Mean time to recurrence (defined as either deterioration in visual acuity, vitreous haze attributable to noninfectious uveitis, or the need for rescue medications) was 1051 days in the study group vs. 91 days in the sham group. There was no difference in the need for topical medications to control intraocular pressure in the two groups; the need for glaucoma surgery was actually more in the “sham” (“usual treatment”) group.

Suprachoroidal triamcinolone (CLS-TA) showed promise in the phase 3 PEACHTREE study of patients with macular edema associated with non-infectious uveitis. In the trial, 96 such patients were randomized to the treatment arm to receive two 4.0 mg doses of suprachoroidal CLS-TA 12 weeks apart, and 64 patients were randomized to undergo sham procedures at the same 12-week interval. In the study, 47% of patients who received suprachoroidal CLS-TA every 12 weeks gained at least 15 letters from baseline at week 24, compared to 16% of patients who underwent a sham procedure. Other analyses showed the possibility of sustained treatment up to nine months.

Looking Back At Ophthalmology History

A special presentation was given on the opening day by Kirk Packo, MD: “The History of Retina Surgery: Standing on the Shoulders of Giants.” I had seen it previously at the Retina Society meeting, but I had to see it again because Dr. Packo’s presentation is so well done from an informational and artistic standpoint; his delivery is superb and his experienced perspective is unique. Dr. Packo highlighted important advances from the invention of the binocular ophthalmoscope by Giraud-Teulon in 1861 to the Gullstrand slit lamp in 1911 (when the retinal detachment repair success rate was 0.1%, compared to 99% today). Among many others, Dr. Packo emphasized the efforts of “giants” Gonin, Lindner, Norton, Hilton, Custodis, Schepens, Lincoff, Meyer-Schwikerath, Cibis, Dodo, Haruta (who performed the first closed vitrectomy in 1959), Machemer, Peyman, Douvas and Charles. Dr. Packo was presented with the ASRS Service Award this year. Overall, the meeting was superb. Next year’s meeting will take place in Seattle from July 24-28.