This Family Needed Social Services. This is Why They Refused Them 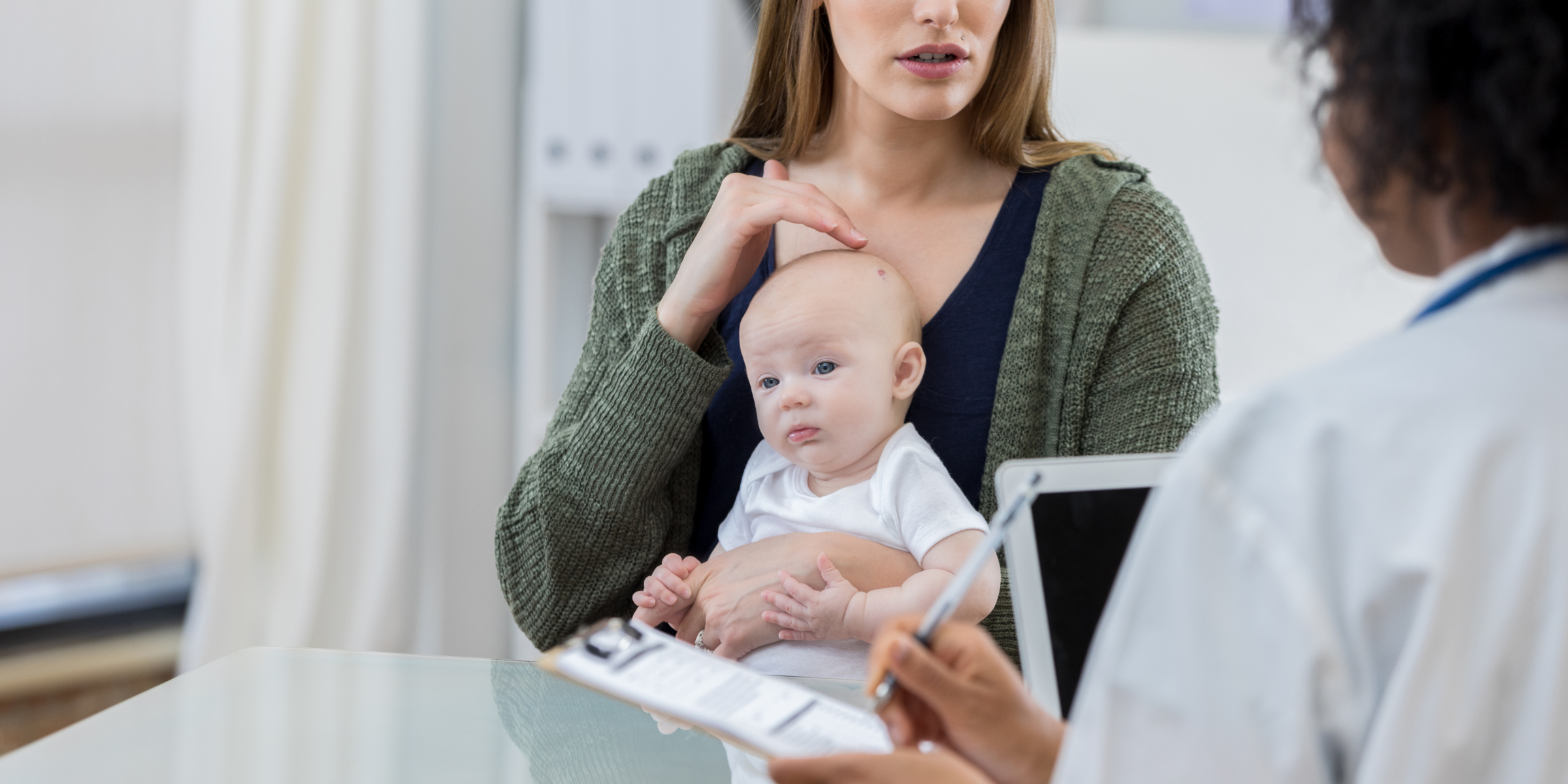 ﻿﻿﻿Last week, I saw one of our newborns at the federally-qualified health center (FQHC) where I work. Baby Tomas was born at term, via spontaneous vaginal delivery, without complications. The pregnancy course, too, was unremarkable and notable only for Mom being of “advanced maternal age” (37) and Gravida 1. Mom and Baby were discharged from the hospital after 48 hours.

I had reviewed the hospital discharge papers and gone over mom’s prenatal labs. Baby’s vitals, measurements, and bilirubin were reassuring. Mom’s prenatal labs were negative. Baby had received his first Hepatitis B vaccine and passed his hearing screen. The discharge summary said baby was feeding well. I anticipated that this visit would be pretty straightforward, in comparison to some of the other newborns I had on panel.

Mom and Dad were delightful people. They were both in their late 30s, and this was their first baby. I had reviewed Tomas’ weight after one of our medical assistants took his vitals: he was down 8% from birth weight. I soon learned that Tomas had only had two wet diapers in the last 12 hours and only one stool in the last 24. When I asked how breastfeeding was going, Mom said, without any hesitation, “Terribly!” She shared that it was painful to breastfeed, she wasn’t sure when baby was hungry, and she wasn’t sure how much he was eating. Was it okay that he wasn’t sleeping through the night, that he was only sleeping for five hours? The more I talked with Tomas’ parents, the more we both realized how little they knew.

At the end of each visit, I like to summarize all that has been discussed – it organizes what can often feel like multiple meandering conversations during a clinical visit, and it leaves my patients’ families and me on the same page before we say goodbye. For Tomas, I said, my main concern was feeding. Baby had not gained weight since hospital discharge. Baby wasn’t jaundiced, and in fact, was quite physically well-appearing. But, he wasn’t peeing enough and he wasn’t pooping enough, which meant he wasn’t eating enough. I told his parents, our goal for him was to have 8-10 wet diapers and 4-5 soft stools a day.

Mom wanted to do solely breastfeeding, which I applauded her for; however, I said, in very concrete terms, weight gain during the newborn period was important. I needed the parents to count diapers. I needed her to feed the baby on demand and at least every two hours. Baby needed to be woken up to eat. “It’s a lot.” I said, putting a hand on Mom’s shoulder. I wanted to encourage Mom, but also equip her with information and tools, so I asked if they would be open to getting help with breastfeeding today. Both Mom and Dad eagerly nodded.

When I came out of the room, I told Emi, one of our nurses, about Tomas and said that Mom needed breastfeeding support. Emi nodded her head understandingly, said that WIC would be the best resource for the family, and in fact, they could go directly after this visit. She would go in and tell the parents.

According to their website, The Special Supplemental Nutrition Program for Women, Infants, and Children (WIC), “provides federal grants to states for supplemental foods, health care referrals, and nutrition education for low-income pregnant, breastfeeding, and non-breastfeeding postpartum women, and to infants and children who are found to be at nutritional risk.” As a clinician, this means that WIC supports and helps my patients’ mothers with breastfeeding, including lactation counseling, the use of nipple shields or even other options such as breast pumps. For my babies who require special formulas like Neocate or Alimentum – WIC helps families by providing them. When my babies turn six months, WIC starts to give them baby foods, teaching them about the slow introduction of baby foods. The program supports children up until the age of five, and they provide vouchers for those who struggle with food insecurity. They have been an incredible resource for so many of my patients and their families throughout my past decade of clinical practice.

Our clinic is located in the same building as the WIC office. This was purposeful. It improves access and helps break down systemic and access barriers to health care. Mothers and their children can simply walk down the hall to the WIC office after their medical appointments.

When Emi came out of Tomas’ room, she came to me and said, “The parents don’t want WIC. They refused.”

Without much thought, I blurted out, “What!” I stop charting on our EMR for a few minutes. “Why? Did they say?” What was wrong with WIC? Why would anyone refuse? It was free.

“Because of that new rule,” Emi said. “They don’t want to join. They refused.”

Ah. That new rule. President Trump’s “Inadmissibility of Public Charge Grounds” rule – a policy implemented on February 24. Essentially, any person who is likely to become a “public charge” is inadmissible to the United States and unable to become a permanent resident here. And, what exactly is “a public charge”? According to the USCIS website, this term is defined as a person who is “likely to become “primarily dependent on the government for subsistence as demonstrated by either the receipt of public cash assistance for income maintenance, or institutionalization for long-term care at government expense." Notably, this does not apply to Medicaid, Nutrition programs such as WIC, or educational assistance for children such as public schools or head-start programs.

I often rephrase long explanations into simpler terms for my own understanding. (My lawyer friends are probably cringing at this). It also helps me consider how things may be interpreted or misinterpreted. And, I’ve come to understand the Public Charge in this way: If you rely on certain federally funded programs, you are risking legal and permanent residency here. When I frame it this way, I can better understand why Tomas’ parents refused to enroll in WIC.

There are, of course, many factors that could explain these data. After all, correlation isn’t causation, and one patient’s story isn’t everybody’s story. It could be that children are becoming healthier. It could be that the birth rate is declining. It could be an indicator of improved socioeconomic conditions.

However, the demographics of my clinic’s patient population do not fall within those parameters. My patients do fall significantly below the federal poverty level. They do qualify for federal aid programs. They are struggling with food insecurity. And, despite all this, some of them, like Tomas’ parents, are still choosing to decline federal aid such as WIC for their children. And, when we ask why, they will say, “…because of that rule.”

I typically explain that, actually, the rule doesn’t apply to WIC. Our clinic’s medical assistants and nurses also explain this when it comes up. But, do our patients believe us? Do they trust us? Or, maybe the question is this: can they trust us? Parents may trust me when it comes to medicine, when it comes to which vaccines to give and when, when it comes to whether they need antibiotics or not. They may trust me when I talk about child development, when I counsel about diet, nutrition and exercise. But, can they trust me when I tell them that the public charge rule does not affect nutrition programs for children like WIC? Am I trustworthy enough for them to take what is, as Tomas’ parents explained to me, that risk? Me, someone who was born in the United States, has a social security number, has a navy blue passport, and has never, in her entire life, had to think about her citizenship status here? Can I ever fully understand Tomas’ parents’ fears, hesitations and decision-making process?

This is just one of many stories. In fact, this is one of the very simple stories. But, it is a memorable one, because I met Tomas just a few days before the implementation of the Public Charge, and it was the first time in my almost decade of clinical practice that I had parents actively refuse WIC citing it as a risk, and out of fear.

Evelyn Lai is a pediatric nurse practitioner with a B.A. in English Literature and a M.S. in Narrative Medicine. Evelyn has written both academically and creatively and believes strongly in the power of stories. She has no conflicts of interests. Evelyn is a Doximity 2019-2020 Fellow.