“They Don’t Want a Female Surgeon. You Know How It Is.” No, I Don’t 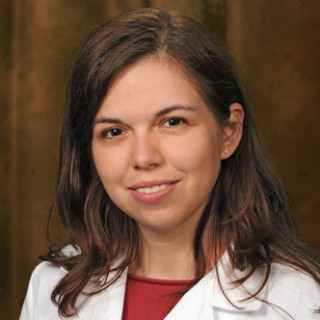 I am finishing up a busy office waiting for my last patient to be put in a room. I notice that he has been in the waiting room for over an hour and try to remind myself to talk to the nurses about keeping patients waiting, especially this one.

He is a 56-year-old man with a history of tobacco abuse, borderline personality disorder, Crohn’s disease and a nodule in his lung that is highly suspicious for a carcinoma. We met last week, and today is the day that we will schedule his date for resection.

After another 15 minutes of waiting, I ask my nurse about the delay, and she says that he is on the phone. Ten minutes go by and he is led into the office, but not to one of my patient rooms. He goes into one of my partner’s rooms.

I go up to my partner perplexed as to why my patient is seeing him. He said that he received a last minute call from the patient’s pulmonologist to see this man.

Confused, I call up the pulmonologist to clarify the situation. He tells me, “Mr. X doesn’t want to have a female surgeon. You know how it is.”

And for the first time in the short period of time I have been in practice as a thoracic surgeon, a patient has fired me on the basis of my gender. Of course, during my training, I have been discriminated against because of my religion (a patient once told me I was going to hell because I am Jewish). One surgeon told me that I have birthing hips. Patients look to my male residents for guidance as I speak to them about the risk of surgery. But I have never been fired.

In a time when medicine is being inundated with policies and patient satisfaction scores, there are none in my institution who know to how to deal with this problem. My partners have never encountered this behavior, as they are male and white. The three of us always joked that by hiring me, the division had increased its diversity, as I am a woman, Mexican, and Jewish.

So what happened with this patient? My partner became his surgeon. I recognize that this was the best thing for the patient, but when it happened again, I realized that it was and was not the best thing for me. When a patient fires me on the basis of my gender and we oblige this request, the story in my head is that the department agrees with the patient that I am not a good enough surgeon because I am a woman. That may not be the message that the department is trying to convey, but the wound is still there.

This process of keeping patients happy and using patient satisfaction scores as a measure of the quality of the physician has become detrimental to physician well being. It is okay for hospitals to yield to the prejudice of certain patients, but this would never be tolerated in a restaurant, a bank, or a Fortune 500 company. I don’t know what the answer is to this problem, but I do know there needs to be support for these physicians and that there needs to be change, because the current paradigm of accommodating these patients perpetuates the myth that only white men can be good surgeons.

I am a thoracic surgeon originally from Baltimore who currently lives in Greenville, SC. My interests include robotic surgery, resident and medical student education, hiking, and yoga.

Landing Your First Job After Residency

Jul 26, 2018 Link to Landing Your First Job After Residency

Read This Phone Has Become More Precious Than My Stethoscope

This Phone Has Become More Precious Than My Stethoscope

Jun 24, 2020 Link to This Phone Has Become More Precious Than My Stethoscope