The Total Cost of All My Financial Mistakes? Even I Was Surprised

“One house, One Spouse, One Job”

That is one of the basic tenets of financial teachings by the FIRE (Financial Independence, Retire Early) community and its rationale is wonderfully summarized here by WCI. Even if one’s goal is not to retire early, it is wise to follow.

So please continue to follow this story as young, naive Xrayvsn proceeded to commit financial cardinal sin by breaking each and every component of this primary FIRE doctrine. And, find out the total cost of making “every mistake in the book.”

Unfortunately, even though I had just survived a grueling divorce proceeding with my now ex-wife, I still could not financially extricate myself from her grasp.

Not happy with the cash grab/lottery winnings the judge awarded them from the divorce, my ex and her lawyer decided to file a civil lawsuit against me saying she was now emotionally damaged and asked for a whopping $4 million award with a jury trial (technically they filed while the divorce was going on, employing a page out of Sun Tzu’s The Art of War).

The jury trial lasted an entire week (I often kidded that some murder trials didn’t even last as long). At the end of the hearing, the jury awarded her the grand sum of $0.00.

Even though I won, I felt like a loser.

During this time, all I could do was set aside money in a savings account, afraid to invest or do anything productive with it for fear that I would need it for a potential settlement as well as my ongoing legal fees.

I felt like I was in financial and emotional purgatory, with the DVR button pressed on pause at absolutely the worst moments in my life story.

During the course of the trial preparation and hearing, I had to take time off from work and actually pay someone to cover for my normal physician duties.

As I had mentioned in previous posts, I had noticed behavioral changes with my now ex-wife.

Several years after the divorce, this apparently spiraled down even further to the point where legal intervention occurred and my daughter was extricated from her household.

My ex finally received the correct medical diagnosis I had been pleading to deaf ears throughout my ordeal but to no avail.

At this point I fought for, and I successfully received full custody of my daughter, who has now been living with me since age 10 (from age 4 to 10, I had no contact with her and didn’t even know what she looked like (that was hands down the biggest loss from the divorce)).

These proceedings also incurred further legal costs and required me to again miss time off of work, but in my mind it was well worth it getting my daughter out of a very bad situation.

The Grand Financial Loss of All of My Mistakes

For all of the mistakes I have made, houses, boats, bad investments, expensive marriage, I calculate that I lost a staggering $2,000,100.

Wow. This actually is the first time I have ever assigned a dollar amount to what the path I chose actually cost me. I honestly believe it’s an underestimation. Regardless, it truly is an eye-opener.

To put this in perspective, using a 4% safe withdrawal rate described in many retirement projection studies, this amount would have provided $80,004/yr.

There you have it. Granted, I didn’t make every mistake in the book (somehow avoided the whole life insurance trap), but I did come close. I truly went through a Trial By Fire to get to the FIRE philosophy I now subscribe to.

“Develop success from failures. Discouragement and failure are two of the surest stepping stones to success.” — Dale Carnegie

The financial transformation I took part in is truly a remarkable turnaround, and that grand financial loss of all my mistakes is now just a tiny speck in the rear-view mirror of life.

The author has chosen to remain anonymous. They recently launched a finance and lifestyle blog called XRAYVSN: https://xrayvsn.com. 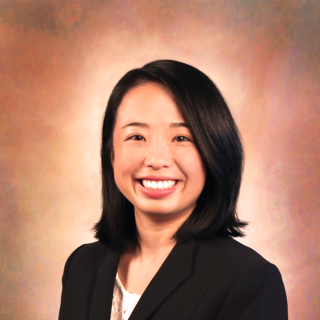