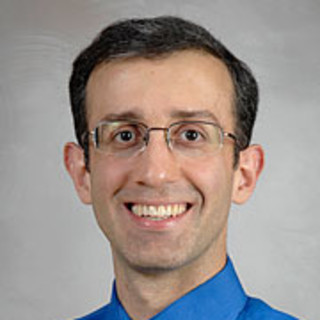 The serious diagnosis is a polite middle-aged woman with a hopeful smile sitting on the side of the bed, with her husband in the chair across from her, as you carefully tell them what it means to have ovarian cancer.

The serious diagnosis is the teenager who just found out he has lupus nephritis–without any other signs or symptoms of lupus–and that he might be on hemodialysis soon if high-dose steroids and chemotherapy don’t work. He has a three-month-old infant.

The serious diagnosis is the young Japanese woman in her twenties who survived congenital biliary atresia in childhood by receiving the Kasai procedure. Thin and small, with large, deep yellow eyes (her bilirubin is in the twenties), she’s constantly teetering on the edge of death. She is the definition of gravity and patience. She picks out a few English words each day to ask about the chance of having surgery, to ask about her need for blood, and to say that she’s hungry. Almost a hundred days into her hospitalization and innumerable packs of red blood cells later, she passes away. Death did not surprise her; she accepted it long ago.

The serious diagnosis is the twenty-four-year-old man whose roommate called him a “sissy” and whose girlfriend is annoyed with him for complaining of pain in the roof of his mouth for the past month. He’s a little agitated as he tells you his story, as if he just witnessed a shooting and is reporting it to the press. He learns that he has acute myeloid leukemia in blast crisis. Tragically, he is already in irreversible DIC (disseminated intravascular coagulation) upon admission to the hospital. He is soon intubated and sedated and transferred to the ICU. He dies several days later, edematous with so many units of fresh frozen plasma.

The serious diagnosis is the young woman from Poland with pancreatic cancer who traveled across the Atlantic to get chemotherapy that may, if she’s lucky, extend her life by a few weeks.

The serious diagnosis is the middle-aged writer whose left leg has been heavy for the past week. She’s unable to move it on your exam. Her CT shows brain tumors. An eventual lymph node biopsy reveals metastatic melanoma. She accepts hospice care.

The serious diagnosis was the five-year-old boy diagnosed with type I diabetes in the 1960s. After college, he worked as a draftsman. It didn’t feel right, so, one day, he put his pencil down, walked out of the company, and went into acting. Even though he only had minor roles, he has no regrets about his acting career. He was able to retire early. It’s all about marketing, he tells you while standing in the examination room. (He avoids sitting because of his severe neuropathic pain.) He says that anyone can be an artist, but only the business-minded succeed. He’s here to be evaluated for a pancreas transplant.

The serious diagnosis is the young man with head and neck cancer who was lost to follow-up when his otolaryngology clinic disbanded. Months later, he is admitted to another hospital system. His face looks like a balloon inflated on one side and deflated on the other. The cancer is deemed inoperable. Some days later, he suddenly exsanguinates in front of his family and a resident and an intern not much older than himself. The only thing they can do is bring buckets to catch the blood.

The serious diagnosis is the VIP patient with irreversible lung disease that flared up, landing him in the ICU. He has an upcoming speech in front of thousands of people, his wife keeps reminding you. His son flies in from the Ivy League. You’re greeted by frustration every time you walk into his room. The patient, however, remains very calm and accepting of his situation.

The serious diagnosis is the brilliant mathematician and pianist who read every published paper about his refractory myeloma and deliberately chose a very toxic chemotherapy regimen. You’re following him in the aftermath of his decision. In the past week, you’ve seen him lucid only once, for a few minutes. He said something very wise, but you no longer remember it. He’s delirious, in renal failure, and anemic, skirting death closely, closely. A year later, you’re walking out of oncology clinic when you see a vaguely familiar man with a full head of hair walking in. Several seconds later, you realize he survived.

This piece previously appeared on KevinMD.com

What inspired this piece? Why did you choose this format for this topic?

Every once in a while, physicians encounter particularly dramatic cases. I wanted to compress, to bottle this drama over space and time into a piece that quietly explodes while being read, yet flows like poetry, pausing at important moments to let the reader rest, then picking up again.

How did you get into this activity? How does this relate to your medical practice?

Writing is the most fundamental of my creative activities. Everything else that I do feeds into it. Writing is also fundamental to the practice of medicine: each patient encounter tells a story, a story that must be interpreted and succinctly recorded.

You have a wide range of creative hobbies. How do you balance them, and are there certain times when you turn to one over the other?

While certain tools or strategies can accelerate one’s growth, sometimes by orders of magnitude, spending time on one thing often means not spending time on another. It’s always been difficult to balance my interests. I’ve found that, at any given time, one particular interest — usually the one with the greatest social relevance — tends to dominate, while the others are merely maintained at their current levels or are allowed to regress. And that’s just as well.

I’ve been pleasantly surprised to find that having all these interests has made it much easier to establish rapport with my patients.

Farokh Jamalyaria, MD is a full-time rheumatologist at The University of Texas Health Science Center at Houston. In medical school, he was editor-in-chief of Remedy, Baylor College of Medicine’s magazine of art and literature.