The Relationship Between Bacteria and Breast Implant Complications 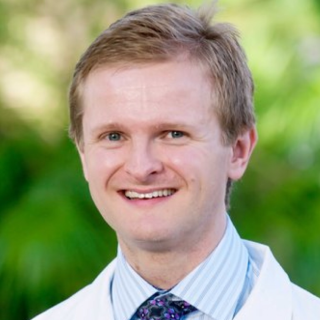 This year, our group and several other prominent plastic surgeons updated attendees of the American Society of Plastic Surgeons Annual Meeting about the role bacteria play in breast implant complications. At face value, bacterial infection is a problem for any implantable medical device, including breast implants. Acute bacterial infections leading to explantation of permanent hardware or temporary catheters can thwart critical medical interventions or monitoring leading to the escalation of healthcare costs by billions of dollars. Acute breast implant infections typically occur more than a month after implantation, and are far more common in reconstructive breast surgery than cosmetic surgery where they are vanishingly rare. (1, 2) Bacterial contamination resulting in these implant infections almost certainly occurs at the time of device insertion or shortly thereafter due to delayed wound healing or inadvertent transmission from a suction drain.

In their planktonic form, bacteria are not adherent to a particular surface and are culturable. These bacteria are likely responsible for infection in the acute phase after device insertion, are susceptible to antibiotics, but usually represent the minority of bacteria actually present. The majority of bacteria adhere to one another and to the surface of a device, and often elaborate extracellular carbohydrates and polymeric substances to form a biofilm. As a biofilm, bacteria leverage several strategies including horizontal gene transfer, transitioning to a lower metabolic rate, and creating a barrier that is physically difficult to penetrate in order to dramatically reduce susceptibility to antibiotics. It therefore follows that future strategies that target preventing biofilm formation of implantable medical devices should prevent biofilms from “setting up” in the first place.

That vast majority of women with breast implants do not have an infection in the immediate postoperative period. But, years later, the scar tissue that encapsulates the breast implant can thicken, contract, and calcify, leading to distortion of breast morphology and pain. This process, known as capsular contracture, is multifactorial in etiology — with bacterial biofilm formation recognized as one of its major pathologic triggers. For more than a decade, plastic surgeons have debated the value of parenteral antibiotics, or antibiotic pocket irrigation — essentially bathing the breast pocket with various antibiotics prior to device insertion — to mitigate the risk of capsular contracture. Unfortunately, most capsular contractures are latent events, occurring many years after implantation, while the data for or against pocket irrigation rarely looks beyond 2 years out, is largely retrospective, and poorly controlled. Far less common than capsular contracture, breast implant-associated anaplastic large cell lymphoma, a T-cell lymphoma associated with texture breast implants, has also been suggested to have a bacterial trigger.

Unlike orthopedic implants, breast implants are placed in a clean-contaminated environment. Even if bacteria contamination from the skin is minimized, all or part of the breast implant directly abuts the breast parenchyma itself, which is colonized by a multitude of bacterial species including Propionibacterium and Staphylococcus spp. Interventions designed to minimize bacterial contamination at the time of device insertion may reduce infection or early biofilm formation, but are unlikely to significantly impact the breast implant microbiota years later.

At the American Society of Plastic Surgeons meeting, our group presented work on how bacteria initially colonize the surface of a breast implant. By translating work done in catheter-associated urinary tract infections, we were able to show that breast implants are coated with matrix proteins like fibrinogen and collagen. Collagen, in particular, appears to be a favored binding site to which bacteria colocalize on the breast implant surface. Host tissue needs to adhere to the breast implant surface to maintain the position of the breast implant over time and so collagen has an important role in this regard. One approach to preventing bacterial adhesion, and therefore biofilm formation on breast implants, may be to prevent bacteria from binding to collagen. Bacterial resistance to antibiotics is a major problem across medicine, and so non-antibiotic therapeutics that can prevent bacterial infection can have a major role in many areas of medicine including breast implants.

Dr. Myckatyn is a Professor of Plastic and Reconstructive Surgery at the Washington University School of Medicine. His clinical practice focuses on cosmetic surgery and breast reconstruction while his research interests focus on clinical outcomes, shared decision making, and bacterial biofilm formation as they relate to the patients in his clinical practice. Conflicts: He serves as a consultant for, and receives grant funding from, Allergan and RTI.

Read Why Physicians Need to Share Their Own Struggles

Sep 24, 2018 Link to Why Physicians Need to Share Their Own Struggles