The Question That Can Make All the Difference 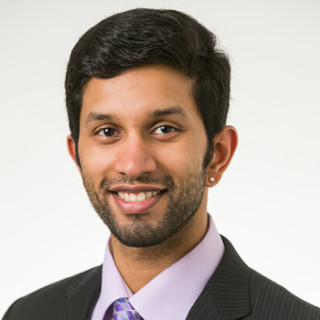 ﻿﻿﻿In medical school, I was taught that the critical step in establishing a physician-patient relationship is a proper introduction. The first impression starts before you walk in the door of the hospital – being well groomed, dressing professionally – all of this has an impact on the patient’s perception of the care they are receiving. And in line with my training, I have been taught to identify myself by name and position when introducing myself to patients. And so I do: I say, “My name is Rasan Cherala and I am a fourth-year medical student who will be taking care of you today.” This introduction is supposed to set the stage for a productive relationship.

However, with a name like Rasan Cherala, it gets tricky. I say “Rasan,” like “croissant.” But, people have difficulty saying it the right way, so I’ve had to make accommodations. I’ve changed the pronunciation of my name to “Rasaaan,” to make it easier for people to say. Sometimes, I even spell it out for people: “R-A-S-A-N.” Still, I’ve heard every possible permutation and combination of my name. I think this is something that almost every person of color must deal with in medicine — I just didn’t think that I would have to fight so hard to get people to say my name properly, or to call me by the right one to begin with.

The problems started in my third year of medical school, when I began rotating with attending physicians and residents, when I began seeing patients. Of course, this isn’t a problem that is unique to my experience in medicine. I remember growing up in Seattle; going to a public school, teachers would say that they were not going to call my name during roll call because it was “too hard” or because they didn’t want to butcher it. My name is said exactly as it sounds. If you can say a Polish name, you can say mine, no problem.

But when people refuse to say your name, it makes you feel like an outsider, like you don’t belong. And now, because of my struggles, I always make it a point to ask people: “What’s your name? How do I say it properly?”

When I was on floors in my third year of medical school, I was rotating with a friend who is also Indian-American. In terms of personality, voice, and physical appearance, as well as in many other aspects, we couldn’t be more different. But we did have some things in common. After introducing ourselves by name to the residents on the first day, we were tasked with seeing patients. After our first two weeks, and after working with the residents consistently every day, they still didn’t know our names. Every day, our names were twisted into new and impossible combinations. One resident said to us, “Your names are so similar that sometimes it’s hard to tell you apart—it doesn’t help that you’re both brown and have beards and glasses.” I said sarcastically, “Would it help if we were white and our names were John and Frank?”

It wasn’t just the lack of regard for calling people by the correct name that got to me — it was also the fact that it was because our names were “ethnic.” Eventually, when we were fed-up with the name confusion, we wrote our names clearly on the board. But still, we were referred to as the “ med students.” At one point, I spoke to an Asian-American resident: “How would you feel if we called you by an incorrect name every time we spoke to you? I’m going to call you Rebecca from now on,” I said, referring to another resident on the team. “But she has a Korean accent!” the Asian-American exclaimed. “There’s no way you could mix us up.” My response — that my Indian-American friend and I were both very different as well — was enough to convince her to make the effort to call us by the proper names from that point onwards.

The types of experiences that I have described are not uniquely my own. My fiancé experienced similar stigma about her name while on her outpatient Family Medicine rotation. A long-time practitioner at her practice, who she worked with several times, said to patients,“It isn’t worth learning her name, it’s too complicated and it will take too long; just call her the medical student.” This practitioner also said, “They make names so complicated nowadays, in my day people had such simple names.” And by simple, he clearly meant white names. My fiancé was not the only one on the receiving end of such comments at that practice. The practitioner had no problem saying similar things to secretaries and medical assistants.

Interactions like those I have described — interactions that occur with educators, attendings, and coworkers alike — wear people of color down. They are microaggressions, and they add to the stress of an already stressful training experience, one that is supposed to foster an educational learning environment.

For me, these experiences make me feel like I need to justify my existence, like I have to actively assert my identity as an Indian-American every day. And many people from different cultural backgrounds experience this in medicine. When it happens at the hands of educated people, people that you work closely with, it is especially saddening. And then you deal with it from patients, as well.

“What did you do for a living?” I asked the African American gentleman sitting in front of me. I was seeing him as a third-year medical student on the heart failure service. The patient had been having severe anxiety while he was awaiting a cardiac transplant; his defibrillator kept shocking him at home, and he was afraid to go to sleep. He had just had his sixth left ventricular assist device placed. He told me, “I worked for the INS, 25 years in the service.” “What’s the INS?” I asked. He said, “We are the people who send people like you back to where you came from.” And then he laughed. I was floored, but I tried to hold an even tone, even as my blood boiled. “I’m from Seattle,” I said coolly, and I carried on with the interview.

Medicine is a beautiful field because you get to see the entire palette of humanity, and each new interaction paints a different picture of the world. Unfortunately, that same interaction can, at times, give you a sense of the pulse of the community, and how you fit into the overall picture. There have been several times in medicine when I have been made to feel as though I don’t belong. At the same time, there are people who have gone the extra step to make me feel like I do belong by taking the time to learn my name properly so that I don’t have to do the work of explaining myself every time I work with them. It makes a difference, and I remember the people who make that effort. There is a long way to go in medicine and perhaps cultural sensitivity initiatives and more diverse hiring practices will make a difference. But until then, asking the question: “What’s your name? How do I say it properly?” is a good first step.

Rasan Cherala is a fourth-year medical student at Albany Medical College entering the field of Internal Medicine. He is interested in global health and enjoys hiking, photography, and writing in his free time.