The Physician Who Pens YA Fiction Novels About Magic and Medicine

Originally, Dr. Lydia Kang wanted to be a surgeon. She liked working with her hands, but she ultimately found that she liked primary care better, as she got to dip her hands into more specialties: OBGYN, internal medicine, and others.

Today, she’s a hybrid part-time primary care physician, part-time YA fiction author — though she tries to keep them separate.

“When I’m seeing patients, my focus is completely on them and taking care of them. I will never go in and say ‘Hi, I’m Dr. Kang, you may have met me because I was signing books the other day.’” Dr. Kang says. “If it comes up, it’s because a patient said, ‘Hey I just read your book and wanted to say thank you.’ And after a moment [of thanking them] I say, ‘This is not my time, it’s your time’ and I redirect back to them.”

You might know her for her Control series, for her magical fiction story The November Girl, or for Quackery. Though The November Girl, her most-recent book, might be purely magical fiction, her other books have some sort of medical element, whether they take place in a hospital or have detailed medical accuracies. Dr. Kang even helps other authors online with medical inaccuracies in their own novels.

“It’s important for our readers [to be medically accurate]. Readers come from a variety of backgrounds and experiences and a lot of our readers have been in the hospital, or work in a hospital, or have had encounters in healthcare. It’s inevitable. So to be as true as possible is the minimum of what we owe them,” Dr. Kang explains. “People can go in a heartbeat, ‘Hey, when my dad was in the hospital, this is not what it was like at all.’ So trying to get the facts as close to reality as possible is important; if you don’t get the facts right, you pull the reader out of the scenario.”

Dr. Kang got started helping with others’ inaccuracies as a way to pay back how welcoming the writing community had been when she got started.

“I thought, ‘I’m a physician. They have questions about medical accuracy in their books, so I should help out.’” Dr. Kang remembers. “It was the least I could do to give back to the writing community that was so supportive of me.”

When Dr. Kang first started writing, it was because she needed to get it out. As an attending, she helped a young man with osteosarcoma. “I woke up in the middle of the night, like one in the morning, and I just started to write about what it felt like to help someone who was broken,” she says. She submitted it to a journal without letting anyone else read it. Writing was not her strength, she admits. It wasn’t until she was accepted and published that she thought, “Wow, I think I can actually say something that’s worth saying and someone actually wants to publish it.”

And then she was met with rejection. Lots of it. From editors, from publishers, from journals.

“I could count off the rejections, and it would be many many hundreds if not thousands. Of me being told ‘Hey, this isn’t good enough’ and feeling like I’m not good enough.”

But Dr. Kang kept going and kept learning. “It really did work out for me because I was willing to understand that I didn’t know anything in the beginning and I had a lot to learn. Putting in those hours, I was so passionate about trying to make this real thing happen for me.”

For a physician who wants to pursue their own second career, whether it be painting, writing, tennis, or poetry, Dr. Kang says the most important thing is having that passion.

Dr. Kang knows she’s gotten doubly lucky to be making money from both career avenues, because she knows that isn’t the norm.

“You need to think about your creative outlet as something that brings you joy and not necessarily money, at least in the beginning,” Dr. Kang says. Practicality is imperative.

The second thing, she says, is that if you want to make time for it, you will.

“I just had a conversation with someone who really wants to get healthy and exercise and eat the right things. And the message we came away with was you have to have the passion for it. You have to really want to do it. There’s nothing I can say as a patient’s physician that makes them want to make that change; it has to come from within,” Dr. Kang says. “It’s the same thing with creativity.” 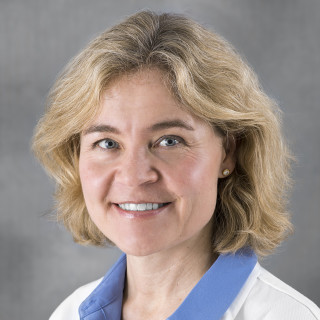 Apr 12, 2017 Link to What Your Unconscious Mind Is Telling You That You Don’t Want to Admit