The Physician Making Medicine Authentic with Humor and Straight Talk

Dr. Douglas Farrago was burnt out. So, after years of dealing with “bureaucratic drag,” he left his hospital to start his own direct primary care practice. He knew he could still do even more, so he started a blog to help fix the healthcare system and make it authentic again.

The blog, aptly named Authentic Medicine, focuses on “hard-hitting discussion of topics that no one else really wants to call to stage” — topics like the role of hospital administrators, how bureaucratic drag leads to doctor burnout, and how much insurance interacts with healthcare.

Ultimately, Farrago says the biggest contributor to burnout is administrative pencil-pushing. “The truth of the matter is, it’s not seeing the patient that makes people burned out. We don’t mind seeing patients; that’s why we gave up control, because we wanted to see patients,” Farrago says. “Bottom line is, all that’s happening in healthcare is our fault.”

Interacting with insurance companies is just one example of bureaucratic drag, Farrago says. There are other things that lead to “sizzling in the frying pan,” and the only way to get out is to stay out.

“If you pick someone out of the frying pan, you can cool them off. But if you put them right back in the frying pan, they’re going to fry,” he says. “I don’t care what you do outside, it doesn’t really matter. This job is going to fry you because it works you on so many levels.”

Farrago calls being employed for a hospital an “unholy matrimony.” That’s why he moved on to independent healthcare in 2012 and started Forest Direct Primary Care in Fall 2014. There, Farrago sees about eight patients a day and about 600 total. But, before he started the practice, he kept himself quite busy by working out, writing four books, and inventing and patenting two creations: the KneeSaver, which baseball catchers wear to take pressure off their knees, and the CryoHelmet, a cooling piece of headwear to alleviate pain from migraines or head injuries.

What helps the most, however, is writing for his blog. And, Farrago’s relationship with published writing goes back decades. Before Authentic Medicine was a blog about fighting burnout and administrative overhead, it was an extension of The Placebo Journal, a paper magazine full of medical humor and satire launched in 2001.

“We were the only ones doing humor,” he says. “There are people doing humor now, like GomerBlog and ZDoggMD, who does humorous videos and stuff like that, but you can ask them; they all kind of give us credit for starting that over 10 years ago.”

Though the blog focuses mainly on how to fix the system, once a week, Farrago posts something reminiscent of The Placebo Journal days, like a cartoon of wedding attire made of medical gear. Farrago says “it’s been therapy” for him and for his readers. “[My readers] feel that I at least speak the truth without being too ridiculously political,” Farrago says. “I’m just trying to point out the absolute garbage of the system.”

“I’m a big believer in physicians having some humor in the workplace, because the bottom line is doctors are burning out, doctors are doing drugs, doctors are using psychoactive substances and doctors are killing themselves,” Farrago says. “It’s really hard to be a doctor right now, and you need some levity in the appropriate manner.”

He writes every day, and while it may seem daunting to do something with that level of consistency, Farrago says he has no plans on stopping. “No one is pointing out the crap that I point out,” Farrago says. “I guess I’ll just keep it on going forever, but who knows? If it hits me like Forrest Gump one day to stop running, one day I’ll just stop writing.”

But that possible day appears to still be in the distant future. Since he began the Journal and moved his writings online, Farrago’s readership has grown to about 10,000.

Podcast of the Week: Explore the Space

How to Fix Prior Authorization: Open Insurance Companies to Malpractice Suits 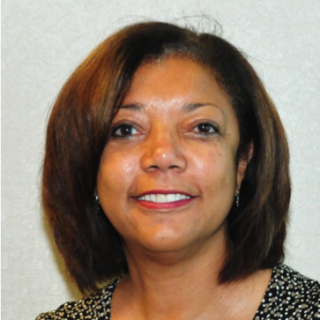 Improving the Lives of Menopausal Patients in More Ways Than One