“The Nocturnists” Explores the Power of Narrative in Medicine

Throughout her educational career, Dr. Emily Silverman was determined to find a way to blend her passions for art and science. As a medical student, she dabbled in writing, videography, and research. But, it wasn’t until her second year of residency that she found her true calling.

After attending a live screening of the Moth, a national storytelling network, she was inspired to create a similar community for physicians, called the Nocturnists.

The Nocturnists is a medical storytelling platform, intended to allow healthcare professionals to creatively relate their experiences in medicine to a live audience. For Silverman, the project initially began as an outlet from the rigor of residency — a means of combatting physician burnout. Her first event, held in January of 2016, consisted of 40 people in a rented Victorian parlor living room.

ES: “It was very bare bones. There was no preparation or coaching for the storytellers, but it was great. The stories were really honest and really raw, and I feel the audience really connected to them, because they realized they’ve had very similar experiences. I got a lot of positive feedback from that event. And, from there, it just took off.”

Since then, the Nocturnists has evolved to become a large-scale initiative aimed at bettering the medical community as a whole. So far, they have held eight events, each focused on a different theme, such as death or justice. Stories range from ruminations on patient encounters to introspections on personal transformations. Silverman reflects on the four main motivations behind her vision:

1. Face time: “[Doctors] spend a lot of our days sitting in front of computers. And, in a way, I feel like these computers are degrading the relationships and the communication in medicine; there’s just not enough face time in medicine. So, I think the [Nocturnists] brings this sort of intimacy and sense of community back into the healthcare world.”

2. Communication: “Being a doctor comes with a lot of different skill sets, and one of them is communication. Getting physicians to be comfortable with storytelling in this creative way can spill over and help make better communicators in the hospital, which can make them better doctors.”

3. Advocacy: “I think this event is really interesting in that it actually provides healthcare workers with an exciting platform for advocacy. For example, right now, there’s a lot going on with the opioid epidemic; there’s a lot going on with politics and health insurance. Doctors have a lot to say about this stuff, because we’re the ones who see all of those effects play out in our patients, in the community, and in the hospital. Events like this are a great way for physicians and nurses to elevate their voices and tell stories that may impact the way people think about these issues.”

4. Demystification: “There’s this intimidation, or barrier, or sense of mystery in medicine. This event is a really great way of pulling back the curtain on the world of medicine and helping normal, average people understand what doctors do, who they are, and that they’re just people like everyone else.”

In the beginning, Silverman recalls, it was difficult to recruit physicians to tell their stories.

“The way we’re trained and conditioned is to make things not about us. It’s about the patient, it’s not about you as the doctor. Volunteering to participate in one of these events does require a little shift in mindset. The story isn’t about your patient, it’s about you.”

As the events grew, however, gathering storytellers became easier. Now, she hand-selects her performers based on story submissions. She also works in coaching the storytellers to ensure that they “reach their full artistic potentials.”

In addition to continuing local events, Silverman’s future plans for the Nocturnists include national expansion and podcast recordings. She hopes to highlight the importance of communication and trigger the creativity in minds across the country.

“There is a lot that we don’t understand about the human body. And, there are a lot of ways that you can go about a patient’s treatment plan. It all comes down to sitting with the patients and talking to them. Shared decision making and knowing and understanding your patient, and their story, is really important for taking care of people. I think that falls under the umbrella of creativity and what we’re trying to accomplish. […] I’m really stoked that people are responding to the Nocturnists — to this project — and realizing how important the narrative is to medicine. And, I’m excited to see what else I can do to help with the cause.”

The Nocturnists’ next event, on Diversity and Identity, is scheduled to take place on September 13 in San Francisco.

Read To Stent or Not to Stent
Link to Supreeya Swarup, DO's page

To Stent or Not to Stent

Read There is Always Uncertainty: How to Face It in Medicine 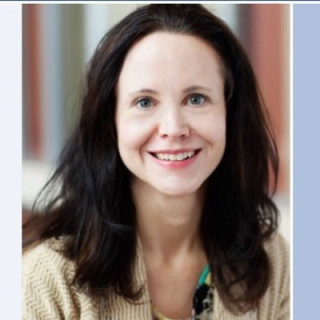 Apr 1, 2019 Link to There is Always Uncertainty: How to Face It in Medicine

Read We Need to Talk to Our Patients About Sex
Link to Anne Koplin, MD's page