The Messaging of Masks: Overcoming Disinformation 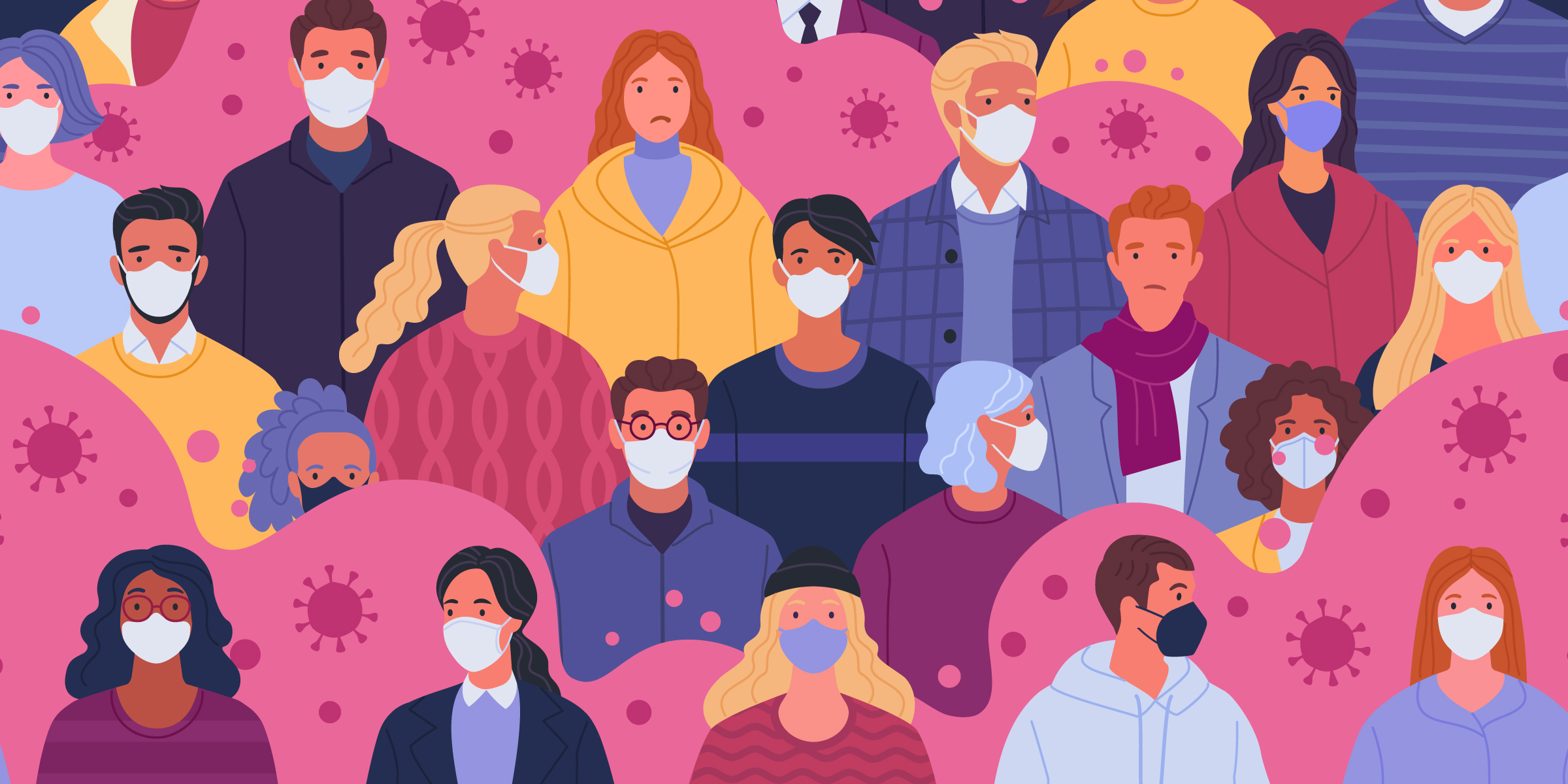 When the president supports and amplifies a doctor who believes in alien DNA, and shortly thereafter changes his statements on wearing masks, it’s easy to understand why some people do not believe in wearing masks. During this global pandemic, the mixed messaging from national leadership about masking has contributed to confusion and distrust that must be addressed when attempting to tailor messaging and implement changes utilizing evidence-based information. However, those who oppose masks are not all the same. Opponents to universal masking fall largely into two groups: those who believe in conspiracy theories and traffic in disinformation (anti-maskers) and those who largely downplay the seriousness of the situation, feel their own risk is minimal, or doubt the ability of masks to improve the situation (mask-hesitant). Similar to the distinction among parents who are anti-vaccine and those who are simply “vaccine-hesitant,” the latter group has been shown to be open to new and reliable information.

Despite unprecedented cooperation and resources devoted to vaccine development against COVID-19, it will be months or even years before a safe and effective vaccine will be widely available. Regardless, the availability of a safe and effective vaccine may not be the end of the pandemic. Up to half of Americans have said that they would not take a vaccine: because they are distrustful of vaccines, do not feel that the disease is serious, or because the vaccines would be too new to fully understand the potential side effects. In order to protect communities and implement an effective plan that results in the majority of the population taking preventive actions — including wearing masks and getting a vaccine when one becomes available — how the message is presented and disseminated is critical.

When attempting to implement a major change, it is necessary to focus on the "fence-sitters" and not those who outright resist change. In other words, focusing on the mask-hesitant may pay off more than focusing on the vehemently anti-mask. A study of people in two dozen countries showed that those who were most likely to endorse conspiracy theories and those who were most opposed to perceived control over their individual freedoms were also most likely to be anti-vaccine. These same factors seem to be at play in anti-masking efforts. Yet those who are firmly anti-mask seem to be a relatively small proportion of those who are not masking consistently. Mask use has recently increased in areas that now have more serious outbreaks, demonstrating that mask-hesitant people can be persuaded to use masks.

To create the motivation for change, the key question often is how to message it persuasively. Some have highlighted that people are more likely to believe messages when the messenger speaks against their own self-interest. In other words, while doctors and public health experts are clamoring for masking, it’s those who were initially the most outspoken against masking who would be the most convincing messengers. A change can persuasively demonstrate for others that a revision of behavior is possible while evincing strength and humility. This is perhaps why it was considered breaking news when President Trump wore a mask to visit Walter Reed hospital. The politicization of masks only hampers efforts to bring the American COVID-19 crisis under control. A political leader wearing a mask should not garner attention unless it’s one who has repeatedly shunned the idea of masking.

The data support universal masking. States that put universal masking mandates in place — regardless of enforcement — have had slower growth rates of COVID-19 than those that did not. These studies, along with case reports reviewed by the CDC, influenced the government organization to now advocate for universal masking. While a mask mandate can help normalize wearing a mask, it cannot result in high adherence to masking alone. This is why effective messaging and role modeling are important. The normative aspect of masking matters: people who see increasing numbers of others wearing masks may feel social pressure to wear masks themselves.

We applaud Illinois Governor J.B. Pritzker’s “It Only Works If You Wear It” campaign. First, we recognize the importance of committing funding and resources to such a campaign. Second, the campaign focuses on similar, positive actions people take to protect themselves and their loved ones, such as wearing seat belts. Changing social norms is possible: seat belt mandates were once considered controversial.

In order to be effective agents of change, messaging should come from sources that mask-hesitant people trust, focus on individual control, and show people like them who they can relate to who have embraced masking. At the root of all public health initiatives is a tension between individual rights and population benefit. The need to protect individual rights is one of the founding principles of the U.S. However, many of our rights — such as the right to free speech — are not absolute. Messages can appeal to the mask-hesitant by reinforcing that they can have more freedom of movement, not less, when wearing a mask to go about their daily business. While those who are not wearing masks may not be as influenced by public health messages, messaging can focus on the fact that masking is also good for the economy. It is imperative the messaging around the necessity of universal masking be targeted and tailored to populations across the nation to be most effective.

The time to advocate for universal mask mandates is now. While we must all urge our governors, state legislators, and U.S. Congress members to wear masks and push for a masking mandate, we must not ignore the power of the message and the messenger.

Shikha Jain, MD , FACP is an assistant professor of medicine in the Division of Hematology and Oncology  at the University of Illinois in Chicago. She is the Director of Communications Strategies in Medicine and the Associate Director of Oncology Communication and Digital Innovation for the University of Illinois Cancer Center.  She was named one of Modern Healthcare's Top 25 Emerging Leaders in 2019 and is a Public Voices fellow in the OpEd project and is a co-founder of IMPACT. You can follow her on social media @ShikhaJainMD.

Vineet Arora MD MAPP is the Herbert T. Abelson Professor of Medicine, a board-certified academic hospitalist, and Associate Chief Medical Officer for Clinical Learning Environment at University of Chicago Medicine. She is a co-founder of IMPACT. ​You can follow her on social media @FutureDocs.

Marla Clayman PhD MPH is an adjunct associate professor in the School of Communication and the Feinberg School of Medicine at Northwestern University, a former chair of the Public Health Education and Health Promotion Section of the American Public Health Association, and a Fulbright Scholar.  She is the Health Communication Specialist for IMPACT. You can follow her on social media @marlaclayman.