The Invisible Line That Separates Doctors From Patients Doesn't Exist

In the transcendent memoir “In Shock: My Journey from Death to Recovery and the Redemptive Power of Hope” pulmonary/critical care physician Rana Awdish is seven months pregnant when she develops sudden onset of excruciating abdominal pain. She senses that the problem is not obstetrical, but something else — something visceral.

But instead of being whisked into her hospital’s level 1 trauma center, she is triaged away by the security guard — because of a hospital policy dictating all patients six months gestation or higher go to Labor and Delivery. Barely conscious and in a wheelchair, she is powerless to argue. Besides, arguing would be futile — policy is sacrosanct at her institution.

The nurses focus on assessing the baby, ignoring her assertions that something is wrong with her. The pressure of the fetal heart-rate monitor band across her midsection is unbearable (to be soon discovered because hemorrhaging blood has filled her abdomen), but a nurse scolds her, “Leave that on! What’s wrong with you?” (ch 1).

When the nurse sets the rate of IV saline to a slow drip, Dr. Awdish surreptitiously adjusts the rate to wide open — the only one in the room to recognize her body is in shock. The general surgery intern arrives and starts a cumbersome H&P, and Dr. Awdish pleads that he call his attending. A portable ultrasound is wheeled in by an obstetrical resident who leads with the caveat “I’m not great at these yet” (ch 1), and it is Dr. Awdish who identifies the absence of the fetal heartbeat. The resident then callously asks Dr. Awdish to show him on the ultrasound.

With a hemoglobin of 3 and platelets near to zero, she is finally rushed into surgery. Post-operatively, she comes to consciousness during the daily nightmare experience of the morning ventilator weaning trial. It is only her knowledge as an ICU physician that allows her to piece together what is happening.

Intubated and unable to communicate, she uses clues from her surroundings to determine whether she is dying — the angle of the head of the bed, relatives who are or are not present, the appearance of the priest, what drips are hanging on her IV pole.

Overhearing the ICU team in the hallway, she is consumed with anger to hear a resident say “She’s been trying to die on us.” (ch 2). Until she recalls the many times that she’s used the same words herself as a physician, “often and thoughtlessly…we attribute intention to patients, rudely hurling themselves toward death…We subconsciously construct a narrative in which the doctor-patient relationship is somehow antagonistic.” (ch 2).

The memoir goes on to explore these unrecognized antagonistic relationships, their root causes, and how physicians can do better, with the backdrop of her continued story of illness and recovery (it will be a full year before the true cause of the hemorrhage is diagnosed).

What she concludes may be the real shock for some physicians — that the key to doing better is to embrace our vulnerability, which we cannot do without embracing and overturning shame. The shame that, for most of us, begins in medical school, and is inherent to training programs.

This journey toward transformative awareness begins with an unlikely moment. The obstetric resident from the ER — the one who asked her to point out the absence of the fetal heartbeat on the ultrasound — shows up uninvited in her ICU room.

Dr. Awdish finds herself lending comforting words to the resident, an irony that she could not escape: “It wasn’t that I was being unselfish, it was just that looking at him, I felt as if I were looking at a dumbstruck deer that had wandered out into the road…I too had experienced bad outcomes as a physician, and they had rightly gutted me…” (ch 2).

As complication after complication with her medical care ensues — from going into respiratory distress and having to press the Code Blue button herself, to being dismissed as “just anxious” when she returns to the ER in sepsis — she never lays blame. She never says, “This shouldn’t have happened to me, as an ICU physician.” Rather, she examines and explains, step by step, this is how these things happened to me. This is what the system gets wrong. This is what we, physicians, get wrong. She doesn’t hesitate to put herself under the magnifying glass along with her own physicians — her colleagues — and instead of judgment, she goes deeper, to examine our systemic pitfalls.

She lays out how a series of the smallest actions and miscommunications can, in culmination, lead to inadvertent mistakes, only identifiable in hindsight. How decisions that seem right in the moment can later lead to catastrophe. And how we need to be talking with each other about these moments, not hiding them, or hiding from them.

When she makes the heroic return to work as an attending physician — in the very same ICU— she uses her experiences to teach the residents (and the reader) the importance of treating patients as human beings. The least of which includes not talking within earshot as if patients can’t hear them, and the importance of acknowledging emotion with emotion, not data. She emphasizes that as physicians we owe patients our best, because the patients are doing their best—something we often forget.

She will take the stage at a conference in front of her peers and present the “patient perspective” of septic shock— “How we succeed only to fail in the smallest, simplest of ways. How we damage our patients and wreck ourselves in the process.” (ch 12).

She exposes the uncomfortable space of vulnerability, and urges us to embrace the discomfort, instead of flinching away. These are experiences that all physicians have, yet we rarely talk about them. Instead, we internalize them, adding to the shame and compounding the harm.

But, what if? What if, instead, we did talk about it? Admitted we aren’t perfect, that we’re only human. Mortal, mistake-making human beings. Sometimes, even — God-forbid — harm-causing. All while doing our best.

The truth of it is, that there will be times for all of us when our best is not enough, and can never be. Complications happen. Patients die. The invisible line that separates “us” from “them” is not a line at all; in fact, it doesn’t exist.

What if, in those grimmest of moments, we gave ourselves compassion instead of blame? What if we were to turn to each other and say, "This is hard, I’ve got your back." What if we were to refuse to keep enabling a system that thrives on shame, pitting us against one another in soul-destroying competition from MCAT scores to Press-Ganey results?

Dr. Awdish comes to forgive the obstetric resident, by understanding his actions were driven by this collective shame. He had no safe space to grieve. “In coming to our hospital room to cry, maybe he hadn’t chosen an appropriate outlet for his grief, but he was searching for one. He was broken, and he was admitting it far before I allowed myself to do the same.” (ch 2).

She teaches us that “It is possible to be both broken and incredibly strong. We can be wounded and in that space find more cohesion and wholeness than we knew possible.” (ch 12).

“In Shock” is, on the surface, a story of one woman’s critical illness and physical recovery, but the true story is of one brave physician exposing the depths of the chasms in our flawed system, and the transformative steps needed to bridge them. It is an astonishingly beautiful memoir about hope after loss; and forgiveness — for physicians, starting with ourselves. “Loving each other through the darkness is the thing to look for and to mark. It’s there, in the shadows, where we find meaning and purpose.” (ch 8).

Because, if Dr. Awdish could do this, in the face of unfathomable loss, maybe we can, too.

Maybe, as a profession, we can’t afford not to.

Read Meet The Unorthodocs: A Band of Clinicians Blowing Off Steam One Gig at a Time 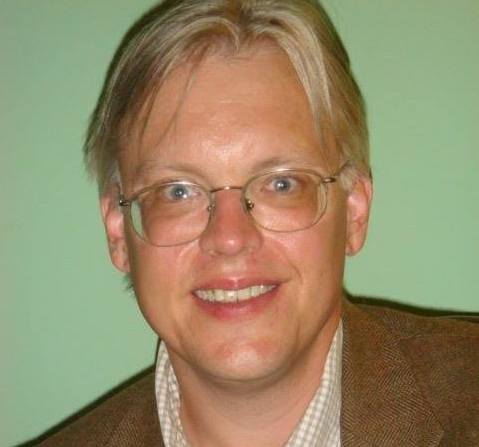 Link to Karl U Bucus's page

Meet The Unorthodocs: A Band of Clinicians Blowing Off Steam One Gig at a Time

Oct 19, 2020 Link to Meet The Unorthodocs: A Band of Clinicians Blowing Off Steam One Gig at a Time

Read CPR Can Save, but It Can Also Cause Suffering 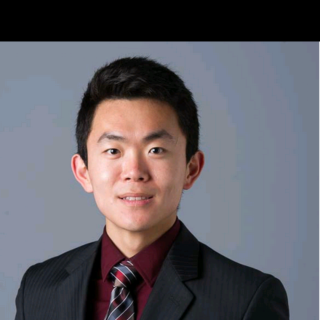 CPR Can Save, but It Can Also Cause Suffering