The International Concern Around Genetics and Reproduction

For those of us who do not do IVF/Assisted Reproductive Technology (ART), virtual was a wonderful way to go to the ASRM meeting. Endometriosis, education, miRNAs, and genetics complemented the IVF and ART presentations. Moving over the meeting hall could be done seated with coffee on the left and a mouse on the right or, if you like, on an AV-equipped treadmill. The scattered presentations could easily be found in the program, starred, and kept in our “My Schedule” tab.

Joe Sanfilippo’s review of whether to do initial surgery or IVF paralleled the debate between Dominique de Ziegler and Horace Roman at IVF Worldwide in September. The three of them agree that surgery is primarily for pelvic pain and not fertility, and ART is the primary option for endometriosis-associated infertility with age over 35 years or compromised ovarian reserve. They also agreed that surgery enhances the chances of conceiving naturally for the first 12 to 18 months after surgery in patients who do not plan to use IVF, and surgery for ovarian endometriomas does not improve ART/IVF outcomes and may adversely affect ovarian reserve. Further, endometriosis patients and controls have a similar live birth rate with IVF, and endometriosis interferes with ART/IVF with higher cancellation rates and lower oocytes retrieved. Additionally, stages III & IV endometriosis trend toward poorer outcomes compared to stages I & II.

Holly Mehr presented an analysis of the educational level of patient education materials on 265 of the 382 SART fertility clinic websites in the U.S. and territories. She found that only 2% of the content is written at the NIH and AMA recommended 6th to 8th-grade reading level using a composite of five readability indices. It was more common to find material, but not more readable material, in private than academic practices and in practices with more than 1000 cycles a year, than in practices less than 200 cycles a year. Arizona and Puerto Rico had clusters of clinics with the most readable education material. She suggested resources including Simply Put from the CDC, Plain Language, and Online Utility.

Tessa Roseboom reviewed the elements of environmental influence and reproductive technologies that may impact the growth, development, and health of future generations. She concluded that “investing in a good start in life is the smartest investment anyone can make.” This is based on the adverse impact of in vitro culture conditions, social inequality, undernutrition, malnutrition during WW2, the 1918 influenza pandemic, and others. Although many studies are underpowered, those adverse effects may include multiple pregnancies, hypertension, abnormal glucose tolerance, decreased cognition, stress response, addition, fertility, mortality, and transgenerational epigenetic methylation abnormalities. The lessons learned from historical studies need to be put into a human biology perspective that highlights the relevance for reproductive medicine today and the health of generations to come.

An instructive group meeting on miRNAs testing for endometriosis was led by Warren B. Nothnick, PhD of Kansas University Medical Center with Ramanaiah Mamillapalli, PhD of Yale University. The two have worked together and kept the discussion productive with the possibility that the specificity and sensitivity of miRNA testing for endometriosis could soon translate from research to the clinic (clinical testing laboratory). Strengths and limitations to this approach were discussed and the consensus was that specimen collection, miRNA isolation, quantitation, and defining study groups must be standardized and that larger, multi-center studies are warranted to enhance patient population diversity. The promise is that testing may predate clinical symptoms when endometriosis may be more susceptible to treatment.

Ferrero et al. (P-242) looked at the recurrence of bowel endometriosis as a function of positive or negative margins. With five or more years of follow-up after segmental resection, the recurrences by transvaginal ultrasonography or magnetic resonance enema were 5 of 59 (8.5%) in women with negative margins and 2 of 13 (15.4%) with positive margins (95% CI, 1.9-45.4%; p=0.580). The almost doubling was not statistically significant in an underpowered study.

Ferrero et al. (P-252) assessed 96 women by rectal-water contrast transvaginal ultrasonography (RWC-TVS) at three to six months after laparoscopic shaving of rectal nodules. Four (4.2%) had persistent endometriotic nodules of 8.3 ± 1.5 mm. All four had sufficient pain relief at three to six months. Long-term follow-up is needed to determine clinical relevance. Symptomatic persistence or recurrence in other studies has taken up to 10 years to surface.

Xiaoliang Sunney Xie of Peking University, Beijing, China presented the Camran Nezhat Lectureship in Innovations in Medicine “non-invasive preimplantation genetic testing for aneuploidy, monogenic, and multigenic diseases.” Dr. Xie discussed the problems of current technology including false positives and false negatives using preimplantation genetic testing for aneuploidy (PGT-A) with trophectoderm biopsy because the inner cell mass cells, which give rise to the fetus, are not tested. He concluded that noninvasive preimplantation genetic testing for aneuploidy was less prone to errors and more reliable than trophectoderm-biopsy PGT-A. However, the false negative and false positive rates were 12% and 16% respectively. Dr. Xie also outlined techniques to correct the problems of accurate whole genome amplification, maternal contamination, and linkage analysis. Also, he illustrated the detection of point mutations in the cell-free DNA for the diagnosis of monogenic and polygenic diseases.

Jamie Metzl president's guest lecture expanded his 2019 book “Hacking Darwin: Genetic engineering and the future of humanity” into health care and assisted reproduction. He gave us a glimpse into a possible future of technology knowing all our biological secrets. Dr. Metzl, Esq., described how sooner than most of us realize, the genetic revolution will transform the world within and around us giving data banks access to our genetic code. He noted that IVF has already been normalized. Future advances in technology may also be on the way and need accountability. Currently, the collected data from genetic technologies is primarily in the context of health care it may expand to the tools to change the way we make babies, the nature of the babies we make, and ultimately our evolutionary trajectory as a species. If we are concerned about our individual and collective futures, we must all prepare and come together as a community to frame these issues. This is an international concern, and the United Nations and WHO are not enough. We cannot be observers but must come together as a community to frame the issues.

Dr Martin is a member of the Technology Committee, American Society of Reproductive Medicine. He was given access to Lumenis CO2 Surgical’s lasers lab at a meeting in May 2019. He has worked with Endometriosis.org and the Endometriosis Association, as well as Guerbet.

Read The Exploitation and Abuse of Medical Students and Residents

The Exploitation and Abuse of Medical Students and Residents

Aug 10, 2017 Link to The Exploitation and Abuse of Medical Students and Residents

Read Risking Their Lives on the Front Lines Only to Get Their Pay Cut
Link to Joshua Mansour, MD's page

Apr 14, 2020 Link to Risking Their Lives on the Front Lines Only to Get Their Pay Cut 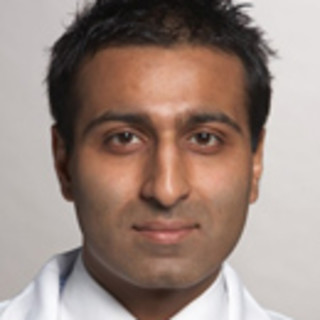