The Human Cost of Detention Centers for Immigrant Children 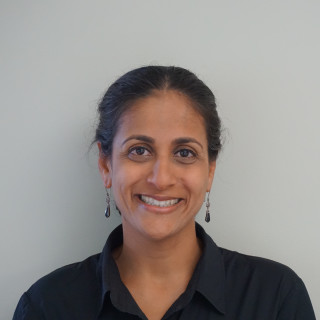 Jakelin Caal Maquin, a 7-year-old Guatemalan girl, died of dehydration and shock while in Border Patrol's custody on December 6, 2018. An investigation into this tragedy has been initiated to understand why this happened and how it can be prevented in the future. From the details released thus far, here are the facts: The child had been traveling with her father for days through the desert, in a larger group seeking asylum. She and her father presented themselves to Border Patrol late in the evening on the day prior to her death. Eight hours later, the child began seizing, and was taken to a nearby hospital. She did not recover and died within 24 hours of transport. Border Patrol reported this incident seven days later, on December 13.

There are many troubling questions about this case. Why did the Jackelin appear severely dehydrated on assessment by emergency responders, when necessities like water should have been provided? Why did they find out that she had a fever of 105.7 only after she started seizing, when a fever should have been caught hours earlier during the basic medical examination that should be conducted on individuals taken into custody? And why was this death, which has implications for how we triage and treat thousands of other immigrants being held in custody, reported seven days after the fact?

While we wait for answers to those questions, here are other facts: Twelve thousand children are currently being held in government shelters, spending an average of 59 days in detention while they await a determination of their fate. The cost of holding children in these detention centers is $775 per person per night according to the Department of Homeland Security. Despite these high costs, these facilities lack adequate medical and mental health professionals who are trained in Pediatrics, a problem that is growing worse as more children than ever before are being detained due to policies that make it harder to release children to their family members in the United States. We know that holding children in detention, away from their communities, churches, or family members, is a type of toxic stress that has lasting consequences for a child's physical and emotional health.

The American Academy of Pediatrics continues to stand firmly against holding immigrant children in detention centers, citing the detrimental health effects involved, including poor environmental conditions and risk for trauma. A report filed in federal court in Los Angeles by the Center for Human Rights and Constitutional Law, with testimony from 200 immigrants who were held in detention, details the abysmal conditions: children forced to sleep on the cold ground with harsh lights shining at all times of day, stale and smelly food, open toilets, lack of access to running water and water with questionable potability, and crowded conditions as detention continues. (1)

We must stop and ask ourselves why we as a country are forcing children into these conditions when there are non-traumatizing, effective, and less costly solutions to the problem (such as community-based alternatives to detention). In the past, we had more programs that provided case management and referrals to help individuals understand their rights, find legal counsel, and improve their court appearance rates while minimizing trauma and disruption to children and their families. These programs are a fraction of the cost of detention and could save taxpayers hundreds of millions of dollars per year—but funding for them has disappeared as detention has become the focus.

While we seek answers to the tragic death of a child caught in the crossfire of an overwhelmed immigration system, we need to remember that deaths like hers are preventable. Pediatricians should broadcast a loud and consistent message to policymakers: detaining innocent children is never acceptable, particularly when there are effective alternatives. And we should continue to advocate for humane solutions that do not make children the victims of our dysfunctional immigration system.

Lisa Patel is a pediatric hospitalist with Stanford University and Co-Chair of the Bay Area Advocacy Committee for the American Academy of Pediatrics. Her views are her own.