The Great Debate: Should Women in Medicine Change Their Last Names? 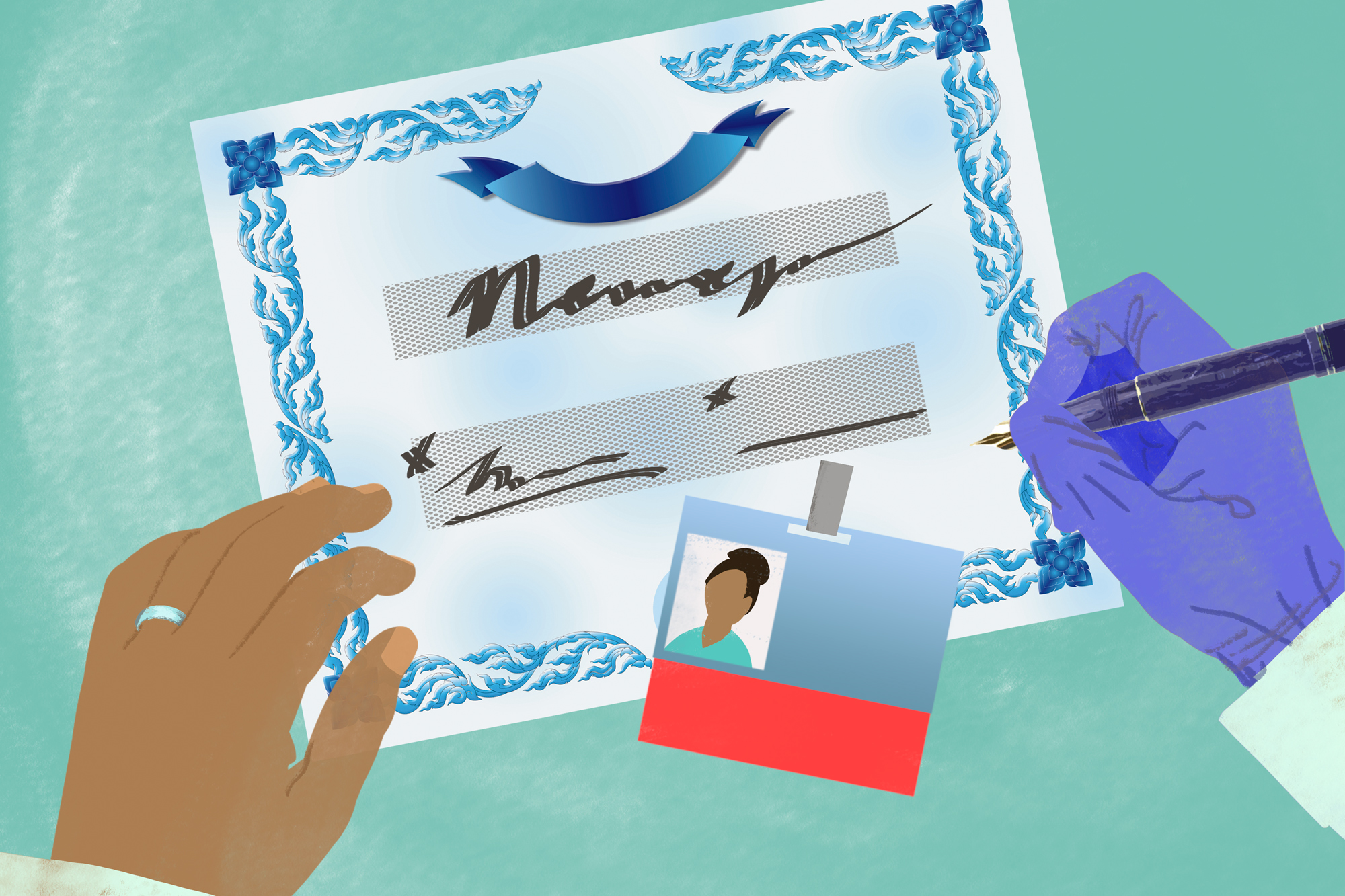 You found the one. The partner who completes you. You embark on a life-changing endeavor together: cohabitating, making family choices, fulfilling career goals, and supporting each other through it all. Then there’s that one looming question. Nope, it’s not whose family with whom you spend the holidays. It’s a question women in medicine have been asking themselves for generations. Should you change your surname?

Recently, the Twitterverse exploded when attacks were launched in several directions regarding this choice. Everyone, at least in that conversation, seemed to think their opinion was best and others were simply wrong. It raised several questions: Isn’t it an individual choice? What are people choosing? Why make the choice they do? There are many options: keep your last name, keep it professionally but change it socially, change to your partner’s last name, combine your names (hyphenated or not), or choose something entirely different. To evaluate current trends, we conducted an informal poll via SheMD. 64% reported no name change, 24% changed to their partner’s last name, 7% hyphenated, and 5% created a new last name.

Personally, I chose to change my name. It wasn’t an easy decision and, ultimately, it mattered more to my betrothed than it did to me. We spent a lot of time talking about it and it gave me the opportunity to contemplate the topic with many friends and colleagues. Some common themes arose when I surveyed my friends in real life and on the Internet.

For many women, their maiden name has a lifetime of meaning. A Twitter colleague, Dr. Julie Melinek, MD (@drjudymelinek), shared a story from when she was eight years old. Her physician father took her on rounds with him in the hospital and she heard the intercom page for him, asking for “Dr. [Her Last Name].” She knew at that moment she wanted to be Dr. [Her Last Name] one day, partially fueled by her father’s encouragement and the feminism of many other dads. As she says it, the Equal Rights Amendment was a big deal at the time, but I would also argue that achieving a childhood dream never goes out of vogue.

A surname clearly correlates with an ethnicity or race. Mistaken identity is a real possibility when changing to a name that does not fit your own genetic background. One of my fabulous coworkers, who embodies the “white girl” adage and who took her husband’s surname after marriage, now answers to a common Chinese surname. Consultants are not looking for her when they arrive in the doc box having been paged by someone they expect to be Asian, but they’ve adjusted quite well.

My own husband’s Romanian Jewish roots are part of his identity. Patients sometimes have a hard time understanding that my freckled Irish skin fits a different name than they expect. Or, perhaps even more embarrassing, they occasionally expect me to know about a Jewish tradition that was not part of my upbringing. Sometimes I see it as a missed opportunity to provide better care to them when we cannot make that connection, but I also appreciate the importance of heritage for them, too. As Dr. Maria Theodorou, MD (@metheodorou), noted, “keeping my maiden name honors the support of my parents throughout my education and keeps my heritage alive.” We all want to celebrate our roots and those who helped us get to where we are.

Crafting a name change is one sure-fire way to find out exactly how many bits of paperwork make up one’s life. For me, making the change with the state medical board was easy. The notary required for one of my frequent flyer miles, however, really threw me for a loop.

Changing your name is expensive. After marriage, my passport and driver’s license were not even close to renewal, so it cost money to make the change. Sure, it’s more work for the government agency processing the request. I get that, but it was an extra expense for our family shortly after the exorbitant expenditures of the wedding (a different topic entirely). There are additional practical financial considerations. For example, filing taxes as married may impact your income-based loan repayments. Timing may also be a consideration. Are you planning to interview or travel during your name transition?

We also live in a fast-paced world of digital communication. The IT guy at my university simply could not understand why it was necessary to change my surname-based email. I tried to point out that I would be introducing myself as a different person. How could they possibly know my maiden name? His response, “you just have to tell them.” Right, because discussing my pre-married life, rather than focusing on the task at hand, is exactly what I want to share every day of my career.

Speaking of careers, some women’s achievements in the academic/medical world drive their decision. Many women posit that publication under a single surname is easier. A well-published colleague applied for residency with a CV full of excellent papers. Her first was under her maiden name and, the others, her married name. She was proactive and included an asterisk explaining that paper’s name discrepancy. Still, a male interviewer asked, “Why would you include a paper on your CV on which you were not an author?” She was as speechless at the time as I imagine you are now while reading this.

Other women noted that they felt it was more common for young women to change their names if they married prior to their medical career launching. It could certainly make the aforementioned paperwork a lot easier.

The choice may also have business implications. Dr. Rupa Wong, MD (@drrupawong), a Hawaii-based ophthalmologist, works alongside her husband, so a shared last name gives cohesion for their practice. Some women spend years establishing their small business medical practice prior to marriage, so making the change simple is not practical for community recognition or billing. Similarly, when women physicians divorce, they face the choice of keeping their married name or asking patients to adjust to a different name.

My husband and I work in the same medical field but at different institutions. It took some getting used to, but we now both enjoy being referred to as “the other Dr. Schwartz” by our common associates, or most recently, as we were coined by a female resident, “Dr. Schwartz Squared.”

Several women with whom I conferred noted the importance of sharing the same name with their children as a driving factor in their decision. One accomplished burn and trauma surgeon, Dr. Callie Thompson, (@callie_mt) shared, “I am who I am regardless of my last name but carrying one that matches my kids is the best representation of who I am.”

There are a multitude of ways to combine names. A close college friend thought long and hard about how to combine her wife’s name with hers. They both had a complex family history and neither seemed exactly right, so they hyphenated. Their five year old twins are now thrilled to show off their penmanship with their multisyllabic names. Alternatively, Dr. Farah Karipineni, MD, MPH (@FKaripineni) kept her last name and chose a different way of sharing her name with her child. “My son has my last name as his middle name [because] it’s a part of him, too.”

Others cite the importance of letting their children decide in the future. Marrah Lachowicz-Scroggins, PhD (@LachowiczMarrah) hyphenated her name. “My husband and I gave my daughter the same last name, without hyphens, so she can choose.” Choice is an excellent legacy to give to the next generation.

Finally, gender norms and expectations play a big role in the decision whether to change your name. Why are women expected to change their name but not men? Dr. Allison Bond, MD (@AllisonRBond) states, “as much as I value my marriage, I have my own identity, and I also didn’t see why I was supposed to jump through hoops to change my name, while men get off scot-free; feels like an antiquated double standard.” When my classmate in residency married her husband, also a physician, he took her last name. Their family dynamics were such that her name meant more to both of them. Mark Tyler (@markhtyler59), another male who happily changed his name to his wife’s surname, noted, “[My wife] was established professionally and did not want to change it. I placed a value on having the same last name as a family…so I took her last name. I think the important thing is for every couple to do what they think is best.” Amen, Mark. Amen.

In this day and age, endless options exist for your name choice after marriage. Whatever you choose, there will be supportive and dissenting opinions. It is your right to decide. So change your name...or don’t. You do you. Let’s all make sure we continue to defend the rights of others to choose for themselves. After all, isn’t that what being women is all about?

Podcast of the Week: The Doctor’s Life

Theodora Athanasios Stavroudis, MD and 1 other 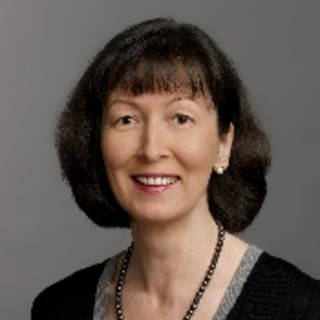