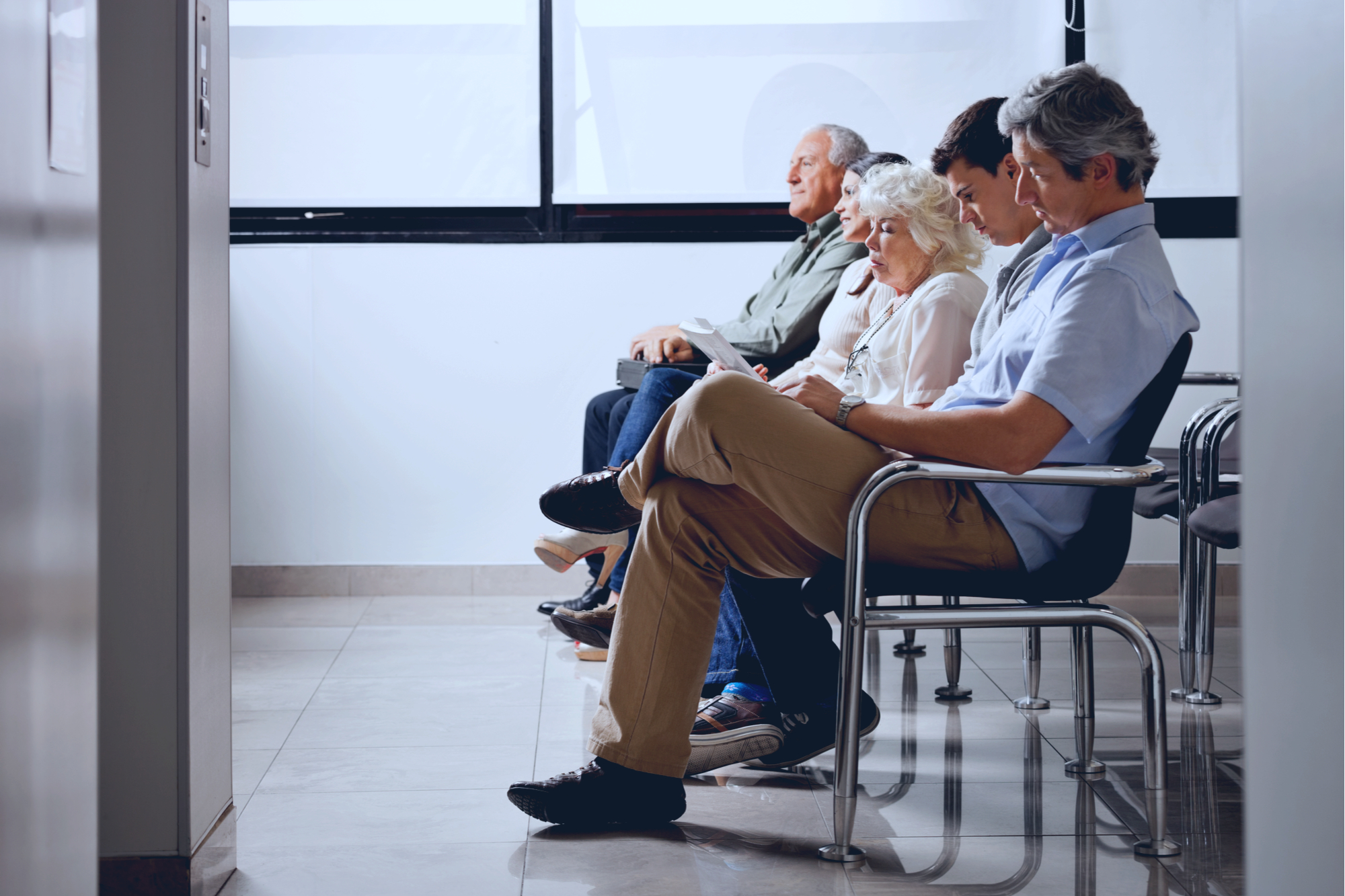 No one loves the messenger who brings bad news. – Sophocles, “Antigone”

Until the code came in, I thought I had the department under control. Then I had the hand injury, the near syncopal episode, and the shoving match — things went south really fast.

I was a newly minted attending, and I had handled plenty of resuscitations (with increasing sangfroid as I progressed through residency). She was in her late 80s. She had collapsed at a family event. She lived very near the County Hospital Medical Center and a BLS rig got to her early. She wasn’t intubated in the field.

The code itself was perfect. It was quiet, just the way I like it. I’m a real stickler for quiet in the resuscitation room — my quiet voice is legendary. Years later, my residents roasted me in a graduation video and put subtitles on the screen every time my character said something. On this resuscitation, I remember I was just so “Kool and the Gang” as we went through all the usual machinations of a cardiac arrest. I had recently reviewed all of my procedure cards and resuscitations from residency for credentialing at this new job. I had been part of 90+ codes and Level 1 traumas. I felt exceptionally good about the one that day. I had the students and residents in the room with me the whole time, and I helped guide them through the procedures. I doled out a whole lot of teaching points and pearls. I walked one of our spanking-new second-year residents through his very first real code intubation. He got it on the first pass. It was textbook.

A thing of beauty is not to be ignored. I still remember the cracking sounds of the patient’s ribs during CPR as a series of our techs, interns, and med students took turns doing real life/death compressions. We checked all of the patient’s old paper records to make sure she was indeed full code at age 80-something. She was. We worked it for 30 minutes. I asked the room if anybody had any other suggestions or tricks to try. Nobody did. We called the code and I dutifully documented the time. We got all touchy-feely and had a moment of silence. We debriefed on what went right and what went wrong.

I went out to inform the family members, if there were any. The majority of my patients during residency had no family. They were drug addicts who overdosed, victims of gang violence, street people and, if when they did have family, they always, always seemed to be in absentia (usually somewhere in Florida and hadn’t been to the nursing home to see mom or grandpa for quite some time).

The County Hospital did not have a family room per se. There was a room with a few folding chairs and a wooden bench near the break room. In truth, I had never had much of an audience for the breaking-the-news part. This time, I walked into a mob scene. The best I could do was remember not to use euphemisms, “Your father has passed on” or “Aunt Jenny has gone to a better place.” There were roughly eight people in the cramped little room. I distinctly remember that the instant I uttered the word “died.” I knew I had screwed up very badly. The word hung there like a cartoon caption, and then one family member (grandson?) started punching the wall. (He was subsequently diagnosed with a boxer’s fracture (a broken fifth metacarpal) and a laceration, which I had to X-ray and then sew up.) One heavyset woman began wailing and moaning about "abuela," clutching her chest and complaining of chest pain (necessitating a workup). My long-forgotten high school Spanish came back to me and I recognized the term for "grandmother." One of the nephews started accusing another nephew of not calling 911 soon enough. Another woman identified herself as the eldest granddaughter, confessing responsibility for letting her grandmother do all the preparations for the christening celebration that day. She started sobbing uncontrollably and curled up on the floor. The failure-to-call-911 pair eventually came to blows and another shoving match ensued (chipped tooth). Then the wailing and moaning went full-tilt viral. The baby (of aforementioned christening celebration) joined in. I didn’t remember this part being in the training manual anywhere.

Shortly afterward, one of the older attendings pulled me aside and took me into the ambulance bay. He told me quite bluntly that I had called the code way too early. He said the department was now backed up due to the aftermath of my screw up. I was astonished and ashamed. I took it personally. I thought I had run it perfectly. I did all of the reasonable procedures on a near 90-year-old. I could quote chapter and verse on the latest CPR literature. I even did the touchy-feely thing. Was I supposed to have cracked her chest just for practice? (In those days, some places did that on medical codes, just to keep their trauma skills sharp.)

The older attending looked at me and said, “But you didn’t tell them about how Fluffy got out on the roof.” I looked at him blankly. He proceeded to tell me an old, bad, Borscht belt, Henny Youngman joke. It went something like this: So, there are these two brothers, see? One goes on vacation and asks his brother to watch his beloved cat, Fluffy. He returns from his vacation. He tells his brother all about his great vacation to Cancun and the blue water, beautiful beaches, and babes. He asks his brother, “So, how is Fluffy?” The brother says, “Oh, Fluffy died.” The first brother goes nuts. “You can’t just say Fluffy died! You have to say: ‘Fluffy got out on the roof, and Fluffy took a bad fall and you took her to the veterinarian and the vet did everything he could but Fluffy died.” “Sorry,” the second brother says. Then, the first brother says, “So, how’s Mom doing?” And the second brother responds, “Mom’s out on the roof … ”

The older attending explained further. “In codes, at some point you’ve gotta know that no ATLS/PALS/BLS or ACLS crap is going to carry the day. This is the perfect time to delegate authority to the junior resident or the first-year student to take over for a while and direct the team. Make sure everybody gets to handle the Team Captain job for at least a little while. While they code the patient for four or five more rounds of whatever ain’t working, you need to go out and assess the family situation. Get the lay of the land. See if you can find out who is the eldest brother or sister. Identify all present strong, silent types. Who is the spouse or girlfriend? Who looks really fragile — very key! Make sure your social worker is called STAT. Likewise, the chaplain, the priest, the rabbi. Make damn sure there are enough chairs. Didn’t you ever notice that your attending always seems to disappear late in your codes? That’s when they’re out giving the ‘Fluffy is Out on the Roof’ speech. You are an attending now. Tell them that the team is doing everything they can but it’s not looking good. Then go back and see if there were any miracles. Give the family some time to prepare for the bad news for Christ's sake!”

I continued to learn a lot of tricks from this attending over the next seven years. He taught me a lot of things that, strangely, weren’t in the textbooks. Now, I think that the “Fluffy Talk” absolutely belongs in a textbook chapter somewhere. I use it a lot more than I do cricothyroidotomies.

Bill Maguire's first job out of high school was as an "ER" orderly (not a mistake, this was back when ERs were just rooms). After med school, he did residency in emergency medicine, where he's been ever since.